After its successful month-long run in New York City, the Friends Pop-up experience is moving to Boston, Massachusetts. The experience, created to mark 25 years of the hit sitcom, will open on November 21.

Friends fans will able to celebrate Thanksgiving and even New Year’s Eve at the attraction, which runs until January 5 in the city’s Fenway neighbourhood. Packed full of ’90s nostalgia, the space offers authentic replica sets and more than 50 original props from the show. 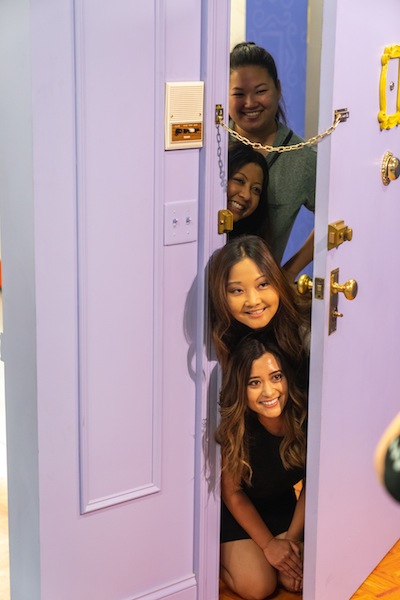 One thing people couldn’t do in 1994, when Friends first aired on TV, was take selfies on their mobile phone. Now they can do so to their heart’s content as they pose with an umbrella in front of the show’s iconic fountain, peek through Rachel and Monica’s purple door, or perhaps stick a turkey on their head.

Perks of the pop-up

“The One with the Pop-Up”, as it has been dubbed, was created by Superfly, Warner Bros. Consumer Products and Warner Bros. Television Group. In addition, Superfly collaborated with JRA to provide planning, design and implementation. The experience will be located at 401 Park, on the corner of Boston’s Brookline Avenue and Fullerton Street. “Just like the show, the pop-up is a fun and joyful experience that brings people together,” says Superfly co-founder Jonathan Mayers. “We received an overwhelmingly enthusiastic response from fans in New York, so we’re really looking forward to continuing the celebration and bringing this unique experience to Bostonians.”

A special ‘Friendsgiving’ event will be staged on November 28. Fans can also celebrate New Year’s Eve, when the pop-up will stay open until 12:10am. Normal hours (9:30am to 10pm) will then resume on New Year’s Day.

JRA previously worked with Superfly on The Friends Pop-Up in New York.