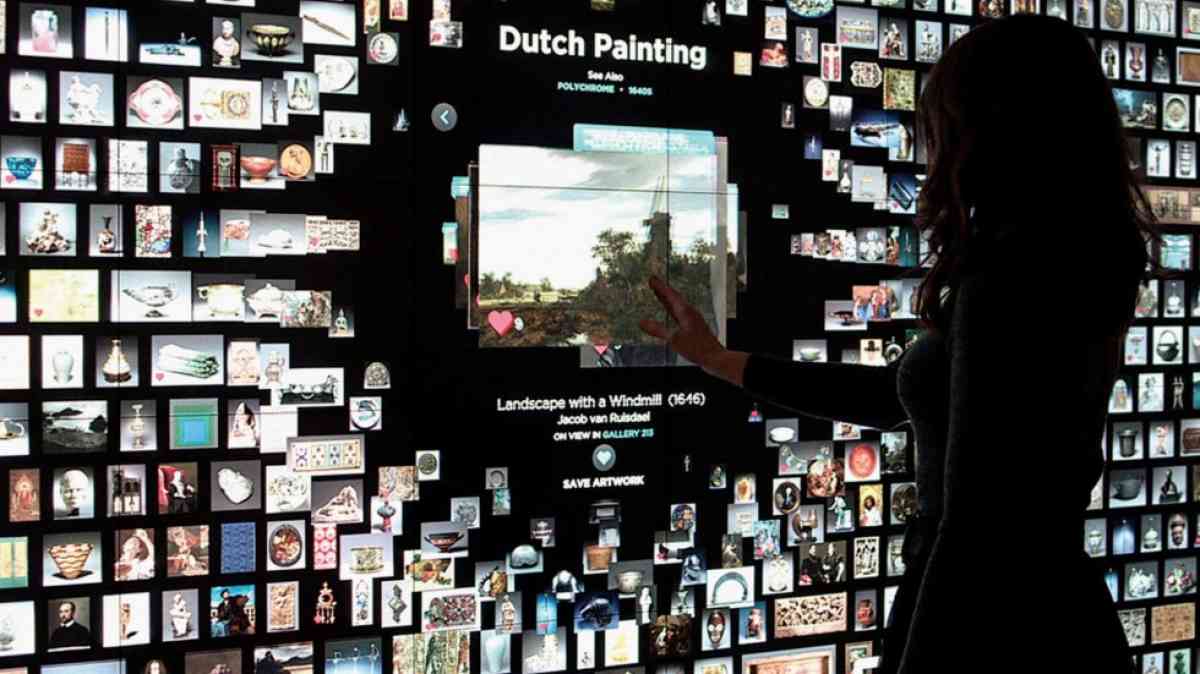 Museums should be core education providers, according to Laura Lott, President and CEO of the American Alliance of Museums.

“In the States, we have some of the best museums side-by-side with some of the world’s worst schools, ” she says. 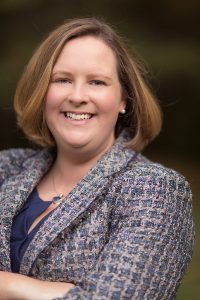 The answer, she believes, is to work together more closely because hands-on, enquiry-based education is at the heart of what museums do every day.

Blooloop spoke to Lott about the role of museums in mainstream education, new approaches to funding and the need for relevance in an increasingly diverse cultural landscape.

The American Alliance of Museums represents the largest group of museums in the US. Its mission is to ‘champion museums and nurture excellence’.

Laura Lott (above) is the institution’s first female president in its 110-year-old history.

“I didn’t quite realise what a big deal that was, ” she says.

“But then, travelling the country, lots and lots of women have come up and told me how important that is. And, that’s women who are older than me and who have gone through different things in their lives; and also young women for whom, I suppose, I serve as a bit of a role model.

“I have a little four-year-old whom I drag along with me on my travels, and whom I talk about because she’s such a big part of my life. I have the opportunity to let other moms know that that’s okay – that’s part of what being an authentic leader is.”

The Search for New Sources of Funding

Safeguarding the future of museums, for her daughter’s generation and beyond, is high on her agenda.

Lott is no stranger to financial challenges. In her previous role as AAM’s COO, she was faced with 7 years of operating deficits.

Within two years, Lott had turned the organisation around, clearing the debt and rebranding the business with new technology and a new website. She was also the driving force behind a membership initiative that yielded a 50% growth in members.

She believes that, within the museum sector, a move away from government funding is inevitable and that the priority is to find a sustainable alternative.

“Government funding is certainly not rising, and in some cases is declining, ” she says. “We’ve realised it’s risky funding, left to the political whims of whoever is in office. We’ve seen in some states that arts and culture funding has just gone by the wayside, having been used as a political bargaining chip between two parties fighting over something that has nothing to do with museums.

“Now we’re making the case that museums are essential, but we’re also trying to figure out other sources so that we’re not as reliant on government funding as we used to be.

“Even philanthropy is changing. Lots of museums in the US have been built by wealthy folks and foundations who have supported them; now, increasingly, they’re looking at what we call ‘effective altruism’, weighing their donation to some culture institution against health and human welfare needs both in the US and around the world.

“The arts are getting pitted against healthcare and factors that are, obviously, also very important. We need to find ways to adjust that, and to be open to different business models, to make sure we’re financially sustainable in the future: we can’t be living on the edge all the time.”

Brokering global partnerships is, for Lott, a priority.

“One of our goals in our strategic plan is to broaden the perspective of US museum practice by building partnerships and relationships with museums abroad, and organisations like the Museums Association in the UK.

“The idea is so that we can build relationships and a deeper understanding of our work; to talk about raising our gaze a bit, and being able to look a little broader.”

The AAM’s annual meeting every Spring is the largest convening of museum professionals in the world, with around 15% of the attendees coming from outside the US.

“There is so much that we have to learn from very established museums in Europe, to the brand-new, up and coming museums that are being built – at the rate of one a day – in China and elsewhere around the world, ” says Lott.

“So, we’ve started to focus on that more proactively. We held, last Fall, a big meeting for the Americas; we had about 400 attendees from across the Americas. There were even a couple of Brits.

“There is no museums association for South America, and so it was the first time that they had come together. We were able to bring folks from the US and Canada and Mexico and other parts of the world together, and it was such a rich, energetic discussion, and some long-term relationships came out of that meeting: we’re looking at doing it again next Fall.

“I think more things like that could really help strengthen US museum practice – it’s a global world, and our sector needs to be global as well.”

Learning From Other Sectors

Lott recognised early on that the AAM needed to evolve, and quickly.

“Like many museums, we have a lot of traditions and histories that maybe served us better in the past than they will in the future, ” she says.

“Since joining AAM, and certainly in the last year, I have been trying to update the organisation, to help the staff and the board and the many councils we’re part of to be more nimble, more outward-focused.

“Museums in the States tend, when they get together, to be an echo-chamber. We talk to ourselves a lot, reinforcing our notions. But, I think AAM has an opportunity where we look outside the field, build partnerships with travel and tourism organisations, with other types of education organisations that share our missions, learn from things that are happening in other sectors, and bring those back to museums.”

Lott is proactive in an initiative called the Centre for the Future of Museums.

“I think one of the most valuable things we offer is that perspective of trends that are happening in the world: social, economic, political and technological trends that are impacting museums, and making sure that we’re really deliberate about incorporating those things into museums’ work. That includes being a little more global in our perspective.”

Technology is a key part of this wider focus.

“It’s impacting on everything from the way museums operate to the in-museum visitor experience, ” says Lott.

“Hearkening back to my four-year-old, she expects technology, and to be engaged somewhat proactively. Technology can be used in museums to provide those kinds of experiences.”

The world’s greatest museum collections are increasingly being digitised and uploaded online, making them accessible to new global audiences.

“Technology affords a huge opportunity for us to make our collections available to people around the world, whether or not they can physically come to the museum, ” agrees Lott although, she says, an image is no substitute for experiencing the real thing.

“I don’t think the digitisation is a replacement, but it certainly is an enhancer for people.”

Technology aside, Lott points to other developments in the US museum sector that are just as significant.

“I think museums are increasingly embracing their roles in social justice. They’re taking more pro-active positions about the things our country (at least) is facing in a pretty lousy election year with a lot of rhetoric and some racial tensions that seem to have gotten a little worse in the last couple of years.

“Museums are not just sitting back and pretending they’re not part of that – they’re actually embracing their role to help people understand the history, and what’s going on.

“I’ve seen more museums take what could be perceived as riskier but more deliberate stances in their communities. I think that’s good, but I think AAM has a role in helping museums to do that carefully, responsibly and productively.”

“We’ve got the new African American Museum of History and Culture opening here in Washington at the end of this week. It’s not a dusty storehouse for stuff, as maybe some have perceived museums in the past. It’s embracing a much more active role with its

“It really is a symbol that something is important when it goes to a museum. Again, rather than passively putting things on display, they are actively engaging folks to dialogue about what they’re feeling.”

Reaching new audiences is a perennial challenge for the sector.

“I think it’s something we still struggle with, ” she admits.

“Even though the demographics of our country are changing quite rapidly – some cities are already a majority minority community – as far as we can tell, museum visitors are still largely white, and largely older populations.

“We have work to do to be welcoming and relevant and engaging with different and younger audiences who, frankly, experience things in different ways.”

The Classrooms of the Future

And so to Lott’s real passion – education.

“When I had the opportunity to join AAM, it felt like an extension of the education work I had been doing. I’d seen the importance of everyone, from kids in particular to grown folks, being able to experience real objects, real places, real people; both to get inspired to want to learn, and to actually learn in a deep way.”

Lott believes museum are a natural extension of the classroom and should have a pivotal role as providers of core education.

“In the States, there are places that are starting to talk about personalised learning plans, the opportunity for students and their parents to identify the educational resources that they will use to learn, and it’s not always going to be in the classroom, using a textbook.

“I think museums have a huge opportunity to be at the centre of that.

“We’re already seeing this in the States, more so with pre-school and early education, where there are schools in the museum and the classroom is the museum. It requires educators, requires planning and all the things that happen in a classroom, but offers the added dimension of being surrounded by real, historical objects.

“Experts are in the museum and available to students. There is the ability to have real hands-on activities along with that inspiration which is so key to a successful education.

“I’ve been so surprised when I show up at an educational conference to have people kind of look at me and go ‘Museums? What are you doing here?’ And, then, I explain that museums have education, hands-on, enquiry based and empathy-building, critical-thinking-building education – that’s at the heart of our mission: it’s what we do every day.”

Lott may be passionate, but she’s also realistic.

“I think this will probably be, for the US, a multi-decade change, but I think museums should be at the centre of kids’ educational experiences in the future. We need to start positioning ourselves that way.

“And, in the States, we have some of the best museums side-by-side with some of the world’s worst schools, ” she says.

“It’s obvious that museums are part of the answer. So, we’re going to be working towards that.”