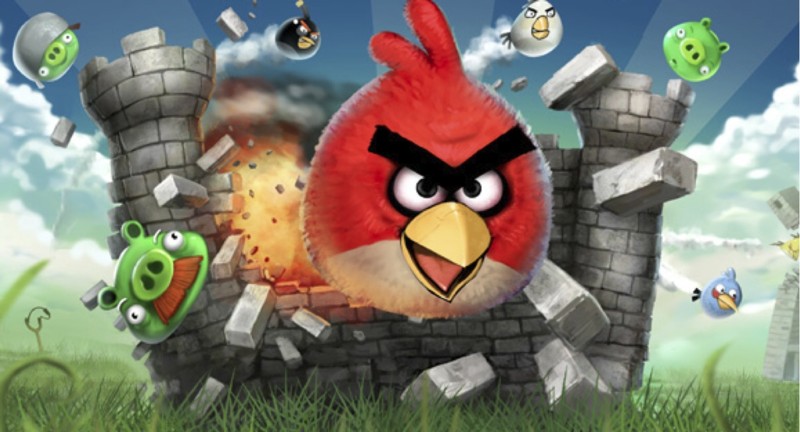 venture Park, Seppälä is working with Angry Birds creators, Rovio, to create Angry Birds Land, due to open in April 2012.  Blooloop talked to Seppälä (left) about the theme park industry in Finland and the challenges of bringing the Angry Birds to life.

Särkänniemi Adventure Park is situated in and is owned by the city of Tampere in southern Finland.  The Park’s evolution was mapped out in a 35 year masterplan in 1966, and by 2001 boasted a wide range of attractions including the world’s most northerly dolphinarium, a children’s zoo, an observation tower, an aquarium, a planetarium, an art museum and of course over 30 theme park rides.

Seppälä was brought in as CEO two years ago with a remit to put together a new masterplan for the Park’s future.  With over 15 years’ experience as a CEO in a variety of companies form professional sports to international lighting design, Seppälä feels that he has a ”wide perspective of the experience economy”.  He describes his current role as “to give a development boost to our Park”.

Finland’s very short season, public ownership of the Park and a wide variety of attractions to manage mean that Seppälä has a number of potential challenges to make his job interesting:

“The season is short and intensive.  That’s the biggest challenge and we’ll tackle it with creating more events in the off season, for example around Christmas, and also finding new target groups, corporate events etc.

“The wide range of attractions have historical reasons; it’s a plus but also hard to manage so that they all stay competitive.  That’s a problem I don’t have an answer to yet, but if we can turn it our advantage, would be a big plus.”  As an example the Park includes the Sara Hilden Art Museum, not an attraction commonly found at theme parks, which has works by Picasso and Miro.  So Seppälä has an additional brief to "popularize fine art” whilst at the same time creating a brand that can embrace both an art museum and thrill rides.

Public ownership has not been an issue so far for Seppälä, even wh

en looking to make investment decisions: “We have our own board, nominated by the City. They do not interfere with our operational issues, and so far also financing has been up to us. We have a solid balance sheet and that makes things a bit easier as well.

"Of course bureaucracy can slow things down, but that could be the case also with private corporations. Regarding Angry Birds, it was not a problem. Angry Birds Land is important to us also as it is the first visible component in our development process, it shows the level of quality, shows that we are making a difference and one could almost say that it’s statement.

"But I have quite interesting plans for the future as well and there we might need to consider private partners and funding as well.”

Seppälä has spent over a year pulling together his strategic plan, investing a lot of time in getting to know the park and the staff: “We have a great staff with beautiful ideas and a lot of energy, so it’s not even difficult.  A dream job indeed!  I love the business and the people in it.”

With Ryan Air, SAS and Finnair serving 15 destinations from Tampere, Seppälä sees a potential market beyond Finland, attracting new visitors from Europe, the Baltics and Russia.

“We have worked very closely for the past one and half years with our staff and BDR design to create a long term Masterplan as well as a new growth strategy that focuses on long term customer satisfaction as well a comprehensive renewing of the park. The target is to be the best park in Scandinavia. Not the biggest, but the best.”

Finland’s theme parks tend to be heavily orientated around thrill rides.  Seppälä has been keen to shift the focus to families with Angry Birds Land: “We wanted to make a clearly different family experience.  In Finland we find that there isn’t much for families to do together, in particular mothers with small children.

"This is the first branded attraction at Särkänniemi Adventure Park and Seppälä says it was not easy to find a brand that ticked all the boxes.  “We were thinking that we needed a well-known character that’s  also new, fresh and modern, something internationally recognisable to attract tourists from outside Finland, and also we wanted it to be Finnish with a gaming aspect as well.  With those criteria in mind, it did not leave us with many choices :).

"Angry Birds was a very good fit for us and we started to build up the idea with BDR Design and approached Rovio Entertainment.  I personally like Rovio’s approach a lot as even though it’s originally a gaming company, they are very much into involving families to do things together and getting them active.  Keeping that in mind, the themed land is targeted to families and smaller children especially.  That suits us also as it helps us to have a bit more of a reasonable budget.

"As for the gaming aspect, it also has cool stuff for teens as well. ‘The Magic Place’ is something that no one has done so far, we are turning upside down the old idea of get an IP to give something to the park, I want also the park to give something unique to the IP. That way you get a new, very strong reason to visit our park and to come back as well.

"We are anticipating a strong boost to our numbers, but the most important aspect is that it is a step toward attracting international guests as well, especially from Russia, Baltics, and of course our beloved friends, Sweden.”

The development process started last spring (it’s been very fast and intensive), and we’ll have the grand opening in end of May. However, we’ll open the park April 28th, and let the guests to the area also from the beginning, despite the fact that the Birds are still migrating to the area daily…”

Seppälä can’t say too much about Angry Birds Land before it opens.  “There aren’t big rides, but we put our hearts, souls and pride into theming and in a few months we will see if we have succeeded.”  The ‘digital magic’ that is being sprinkled around the park is still under wraps but it will enable visitors to enjoy the experience around the whole park.

With Angry Birds Land being the first crossover for an app brand into theme parks, all eyes will be on Särkänniemi in April to see how effective the transition has been.  Seppälä is keen to stress his belief that theme parks have the potential to give something back to an IP like Angry Birds by adding a real world element to the digital brand.  As for the future: “We are a kind of beta test site for Rovio and I believe we can help them to take it further if they decide to do so.  Developing the Angry Birds Land concept with Särkänniemi is a mutual win-win situation.”

Harry Potter at the Warner Bros. Studio Tour London: Could it be Magic?