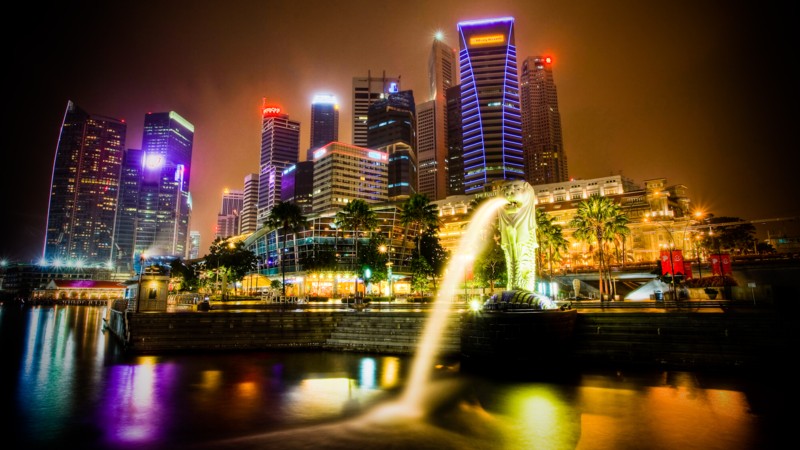 Thibault Paquin (left) is the founder and principal of Celebrating Life Asia, an independent consultant and development company for the leisure & entertainment industry. He is also the managing director of iVenture Card Asia, which is operating attractions passes in Hong Kong, Macau and Singapore.

Originally from France Thibault holds an MBA from HEC Paris; he is an expert in hospitality and leisure development in Asia where he spent the last 10 years, partly with Accor Hospitality, between Thailand, Indonesia, Philippines, South Korea, Vietnam, Singapore and Hong Kong.

All eyes are turned to Asia. A growing middle class and regional travel made easier foster a strong growth of the attractions industry. Now we take a closer look at the two regional magnets of Singapore and Hong Kong: how do they compare, compete and what role their attractions play in building two of the world’s top tourist destinations?

Singapore, the island state, managed a superb shift from what was once considered a ‘boring’ destination to one of the most exciting in Asia, with attractions playing a pivotal role. Back a few years ago the government decided to put tourism at the forefront of economic development. Huge budgets were allocated to build superior infrastructure (MTR, airport), promote the destination (advertising, events e.g. F1 Grand Prix) and develop its attractions: Singapore Flyer, Singapore Zoo, Sentosa all received government help. More recently Singapore used incentives to get private investors develop new world-class attractions, and there is no better

incentive than a casino license! The result:  arrivals to Singapore increased by 35% between 2006 and 2011 and Singapore’s attractions welcomed almost 50million visitors in 2011.

Bustling Hong Kong, on the contrary, never feared of being boring but had to manage a soaring increase of visitors from mainland China since 1997.The government decided to build two massive family attraction-destinations, Ocean Park and Hong Kong Disneyland, both with huge capacity and strong marketing appeal. HK$9.1billion (US$1.2billion) were spent in the last 5 years to expand both parks. Whether they ran out of budgets or thought that was enough (Hong Kong has many non-gated attractions/sights, e.g. The Peak, Victoria Harbour) the government did not support the development of smaller attractions made otherwise impossible due to the exorbitant real estate prices. The result: Hong Kong’s 2 theme parks welcomed 13million visitors in 2011 (of which more than 50% from Mainland China) but on the other hand the Hong Kong Association of Attractions and Amusement Parks formed earlier this year has only 7 founding members, so few for a city welcoming over 40million visitors!

Different visitors origins and different tourism development strategy produced two very different sets of attractions in Singapore and Hong Kong. When it comes to selling the destination as an ‘experience’, which seems to be the recent trend in destination marketing, Singapore will put forward a unique combination of star attractions along with star restaurants and retail outlets/shopping malls whereas Hong Kong will promote a more wholesome city experience based on neighborhoods, sightseeing and street shopping with theme parks as complementing family activities. Two very compelling ‘experiences’ indeed but the difference shows in the bottom line: average tourist spending was 40% higher in Singapore than Hong Kong last year!

The more the merrier

One thing the 2 cities have in common is acute competition, which results in healthy attendance growth. In the city-state of Singapore over 40 attractions managed to reach, through competition (or maybe is it coopetition?), a total of nearly 50million visitors in 2011. In Hong Kong, the ‘war’ between Ocean Park and Disneyland boosted overall theme park visitor numbers from only 3million before the arrival of Mickey to 13million in 2011.

Singapore has adopted an attractions hub strategy where it facilitates the concentration of attractions in identified precincts giving them more visibility and building sub-brands within the main Singapore brand: Mandai Lake with the famous Singapore Zoo, Night Safari, new River Safari coming soon and plans for hotels and other facilities; Sentosa with over 15 attractions, the new Resorts World Sentosa including Universal Studios Singapore, the Maritime Experiential Museum and Marine Life Park and a 2015-2020 master plan expected to take the island to a whole new level.

Further north, Hong Kong’s interpretation of hubs is a little more extreme with everything concentrated in two sprawling theme parks. Together with the Peak (where Madame Tussauds Hong Kong is located) they are the only world-class attractions really! Things might change as the Hong Kong Tourism Board is trying to promote Lantau Island as a sub-brand with Disneyland as an anchor. Also, on Hong Kong Island, the MTR station being built for Ocean Park will generate more consolidation opportunities.

Out with the old, in with the new?

Obsession with modernity on the one hand: first Disneyland in Asia for Hong Kong, first integrated casino resorts in Asia for Singapore, 2 new picture-

perfect landmarks with Sky100 Hong Kong and Singapore Flyer proudly standing in the cities’ new skylines. Nostalgia and celebration of the ‘good old days’ on the other hand: Ocean Park opens the very popular Old Hong Kong bringing back the many fond memories of life in the '50s -'70s, Singapore Flyer adds old food carts, and more heritage-inspired attractions are in the planning (e.g. project at Ngong Ping 360 Village in Lantau and redevelopment of Images of Singapore in Sentosa).

So what to think? Are heritage and modernity aimed at pleasing different markets or is it maybe the sign these two destinations are established, proud of their identity/heritage but resolutely modern and forward thinking. Take the Louvres pyramid, a classic example of a modern twist on Paris ‘grande dame’ of museums.

Speaking of museums, it is interesting that both cities each have a very ambitious defining museum project. Hong Kong chose British architect Norman Foster to build the M+ Museum, which will “focus on 20th and 21st century visual culture, broadly defined, from a Hong Kong perspective and with a global vision”. Singapore went for French architect Studio Milou to build the National Art Gallery, which aim is to “strengthen Singapore’s role as a regional and international hub for visual arts”.  It is not only about heritage; it is a race to take a regional and global leadership role in arts and culture. New York, Paris, London, watch out!

With tourist arrival growth of 13-16%, who would not be envious? So naturally both neighbours want a piece of the action. With Legoland Malaysia opening in September 2012 and Zhuhai (China) Ocean Kingdom opening its first phase in 2013 just 15min drive from Macau, it’s serious competition on the doorstep.

The question is how healthy this competition will be. If internal competition seemed to have worked and experts even refer to the beginning of an ‘Orlando’ phenomenon in Singapore, we can only wonder if it will work in a two-country environment. Is it in Singapore’s interest to push for a multi-park experience: Universal Studios Singapore + Legoland Malaysia? Will it increase the average tourist spend in Singapore? Is there a real potential of Orlando-style family tourism in Asia?

What’s in the future?

According to a report by the Association of Singapore Attractions (ASA) local residents made up 53.1% of the 50million attractions visit in 2011. It is the variety (over 40 attractions in Singapore) and quality of attractions that make them popular among local residents. There is something for every age and style; going to an attraction is a usual week-end/holiday activity and that makes good grounds for new operators to come in with innovative offering. Maybe this is where Hong Kong needs to start, with the local residents, if it wants to develop new attractions. The potential is there: 2.4million Hong Kong residents went to Ocean Park in 2011, that’s 34% of the total population!

On the tourist side, both Singapore and Hong Kong attractions are fighting for the same markets, which offer significant growth potential: China, South East Asia, India, etc. It is important that they differentiate and ‘stick’ to the destination for a sustainable impact.

Hong Kong – Singapore: two fascinating attractions markets servicing two booming destinations. They compete, they build, they innovate, they thrive! Could we be looking at the next Paris – London? We quickly drew a parallel and found some staggering facts: giant Ferris wheel + numerous midway attractions + brand new studio attraction for London/Singapore vs. observation tower + numerous state-run museums + Disneyland for Paris/Hong Kong. Did we not say all eyes turned to Asia?

Jeremy Railton and the Art of Live Show Design