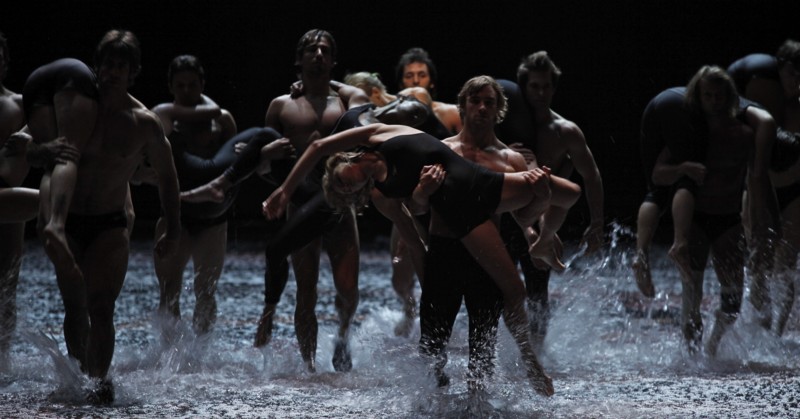 Following the success of the award winning The House of the Dancing Water in Macau, the Franco Dragone Entertainment Group has been engaged by the Dalian Wanda Group to produce five even more spectacular live shows in China.  Given that each production

takes 3 years to bring to the stage and requires a highly trained cast that can reach nearly a hundred , not to mention the numerous more in multi-disciplinary teams away from the stage, resourcing is a major challenge.

Matthew Jessner (left), the Project Artistic Director for the Franco Dragone Entertainment Group’s show “The House of the Dancing Water”, spoke at SATE 2012 on the theme of cultural diversity.  He had some fascinating insights into the unique cultural considerations inherent in putting together a cast of elite performers for a show based in China.  He talks here to Blooloop about “The Wuhan Project”, co-operation and cultural diversity.

The first show of the five planned is a multi-million dollar project in Wuhan at the “Red Lantern” Theatre (working title) due to open in summer 2014. The 2, 000 seat theatre which will stage the show is located in the 'Wuhan Central Cultural District'.  With a motto that "spiritual pursuit represents the highest level of human pursuit and cultural operation represents the highest level of corporate operation”, the Wanda Group are developing the area which will include offices, malls, residential and of course cultural buildings along a 2km canal.

Franco Dragone, ‘the world’s most spectacular showmaker’ famous for his creations with the Cirque du Soleil, said of The House of the Dancing Water that, “My ambition is to contribute to the emergence of a new kind of show, which isn't

a circus, or opera, or a musical, but a little of all of them. A form of theatre that mixes the most cutting-edge modern elements with baroque elements, a bringing together of moments of drama, tenderness and humour, just like life, told in a way and at a rhythm that cuts the spectator off from his everyday life, makes him lose all sense of time, and opens him up to different levels of interpretation. That is what I call visual theatre. And The House of Dancing Water is the manifestation of that vision.”

The Wuhan Project is on a larger scale even than Macau, and Jessner says it “is the culmination of everything that we’ve done so far.  Not different in terms of the elements but just much more of everything!”

The “Red Lantern” theatre (working title) will be stunning and has been specifically designed for the show by Stufish Entertainment Architects.  From a distance the iconic building will look like a traditional Chinese lantern, with the surface being composed of a mesh of 25, 000 red steel disks.  The detail on the disks is inspired by Chinese bi-disks which symbolise skyward ambition and the heavens, a theme of the show

Inside the theatre is no less impressive, with the world’s largest moveable LED screens, seating areas that draw back to reveal an 8 meter deep pool, complex lift systems and moveable staging.  The bespoke requirements of the production mean that each item of sophisticated equipment is a prototype, unique to the show.

Creating five world class shows in high tech theatres in under a decade is something of a logistical challenge, given that the necessary skills base that one might find around Vegas is just not present yet in China.   For this reason the Franco Dragone Entertainment Group has entered into the agreement with the Wanda Group on a joint venture basis, working in co-operation to build up local skills in China.

Jessner is adamant that this sharing of knowledge should not be viewed as a threat.  The only way to achieve the ambitious timescales and provide the skilled resources needed to run the shows is to “develop long term partnerships in imagination, innovation of ideas and production methods.”  To do this a campus has been se

t up in Beijing to offer training in all aspects of the show production, right from the inception stage, and including entertainment, marketing and finance skills.

With productions which involve such daring acrobatics, diving and extreme sports elements, there are also implications for the wider community to be considered.  For instance the show’s producers engage a team of divers who stand by at every performance to ensure the performers’ safety.  However, they also have to brief local hospitals to make sure that the medical teams are fully prepared to treat potential accidents associated with diving into deep water as well as all of the other elite performance high risk elements.

Bringing together a cast composed of many nationalities and disciplines to work on a show in China, that demands the highest levels of physical performance, throws up issues around cultural diversity in a team.  Jessner spoke at SATE 2012 about the aspects of cultural diversity encountered when creating The House of the Dancing Water.  The lessons learned there have been invaluable when approaching these new projects.

Perhaps one of the most surprising is that Jessner says “cultural differences are not necessarily about nationality.”  In a show where elite athletes and gymnasts come together to perform extreme sequences both on stage, high in the air or diving into deep water or even on jet skis and motorbikes, it is the differences in culture arising from training that are often the most difficult to overcome.

Jessner says that each group of performers are so highly trained from a young age in their various disciplines that that their training becomes an integral part of their being.  In a show where Health and Safety procedures are literally life-saving, there can be no ‘happy accidents’ and nothing left to chance.  Whilst experimenting with lighting methodologies can

lead to an unexpected and enhanced effect, there can be no deviation from protocols established to keep performers safe.

In order to bring the cast together and break down these cultural divisions, Jessner says that it is important to take time to thoroughly understand each group’s background and thought processes.  A Russian circus performer for instance will have a completely different viewpoint to an Olympic gymnast, but both have to “decompose and recompose on neutral territory” so that they can fit into the show.  Jessner says that this needs to be done so that he can communicate “ideas not instructions” which will be followed “as a synaptic interrelated understanding rather than a mere reflex”.

Perhaps the most challenging group that Jessner has worked with so far have been the motorcross riders.  The riders, who are accustomed to a nomadic lifestyle competing against each other sporadically around the world, had significant adjustments to make when training for the House of the Dancing Water.  Going from a “Rock & Roll” lifestyle, surviving on Red Bull and adrenalin with a

degree of complacency about injuries resulting in metal plate implants, to a structured and disciplined routine comprising 480 shows a year, performing the same routine with minimized risk, required some huge cultural shifts on both sides.

Jessner says that he spent five weeks getting to know the riders and gain their trust off site. Gradually he says that they came to appreciate a new regime and have even seen the benefits of Yoga and Pilates to improve core stability.

Overall Jessner says that bringing together so many talented people from different countries and disciplines is really best described as “creating a population not a cast.”  Developing a deep understanding is the key to overcoming barriers of language and background:

“If you want to tame tigers, you have to learn to speak tiger!”

Images: Thanks to Stufish Entertainment Architects for the use of the images of the "Red Lantern" theatre and the Franco Dragone Group for the cast images.

Notes From the IAAPA Attractions Expo 2012