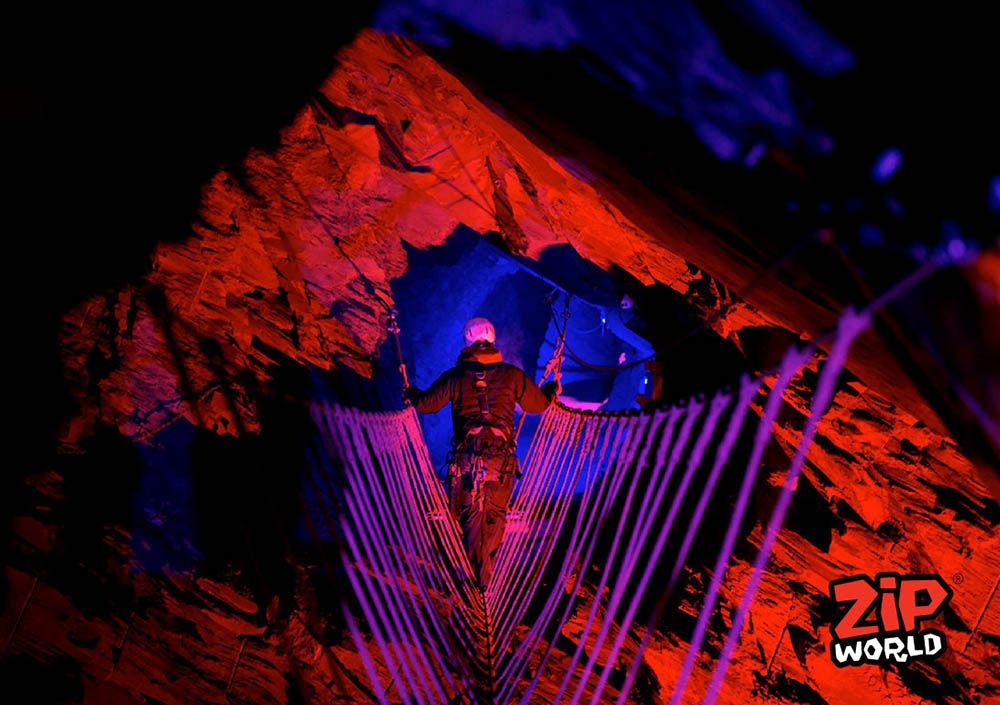 Adventure attraction company, Zip World, is growing at the kind of pace one might expect from the creators of the world’s fastest zip line.

Currently on three sites amid the spectacular landscape of North Wales, each Zip World is a collection of adrenaline experiences that takes full advantage of the natural terrain.

Plans are now afoot for a £3m visitor centre and a toboggan-style Alpine coaster in Wales. 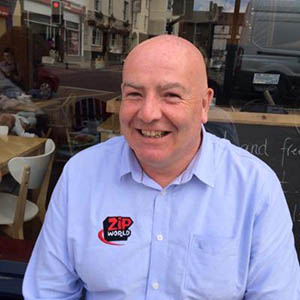 Blooloop spoke to Zip World co-founder, Sean Taylor, about the company’s community-minded business model that is breathing new life into one of Britain’s most deprived areas.

Before Zip World came into being, Taylor was a Marine Commando for twenty years. When he retired in 2007, he started a successful company called Treetop Adventure.

“I was at my local rugby club and, one day, I looked up above Bethesda and thought, ‘What a place for a zip-line.’”

Bethesda is a former slate quarrying village set in the dramatic mountain scenery of North Wales on the edge of Snowdonia National Park. A haven for walkers and hill climbers, the area was an ideal setting for an outdoor adventure attraction.

So, in 2013, with the help of a loan from the Welsh government, Taylor and his co-founder, Nick Moriarty, opened Zip World Velocity:

“It became the fastest zip-line in the world.” 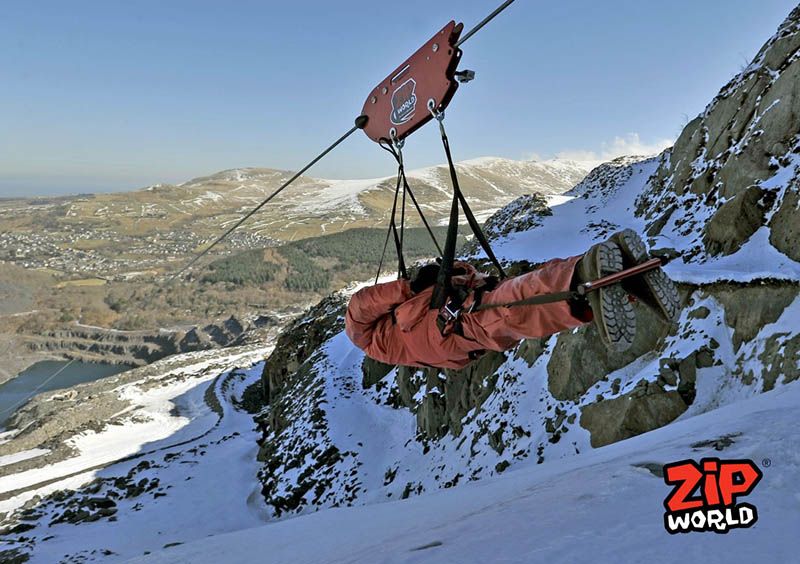 It also won international acclaim. Comprising twin zip lines a mile long and 500 feet high, it aims to offer an experience as close to skydiving as it’s possible to get without actually jumping from a plane. Riders lie in a harness and hurtle head-first at 100 mph down a mountain before flying straight over a cliff. If they’re brave enough to open their eyes at this point, they can enjoy spectacular views as far as Ireland.

“The unique selling point for Velocity, our first zip line, is that it is the longest zip line in Europe, the fastest in the world – it’s an amazing experience, with amazing views, ” say Taylor.

A new visitor centre and restaurant is being built alongside Velocity, which will showcase and sell local products such as Welsh whisky, cheeses and local slateware. There will also be zip lines from the visitor centre roof for under-tens.

“We are going to be doubling up on the wire as well, potentially next year. So, we’ll have four zip lines side by side instead of the two we have at the moment. It’s our flagship.”

Located at Llechwedd Slate Caverns, near the historic slate mining town of Blaenau Ffestiniog, it is the first four-person zip line in Europe. There are three zip lines here, as opposed to Velocity’s two, and people ride four abreast, side by side.

“Bounce Below is the world’s first subterranean experience on big bouncy nets – we get up to 125 people an hour on it – and we’ve also got Junior Bounce Below for three to seven year olds.”

Bounce Below has six levels of bouncy nets and four industrial slides, and is set in a cavern the size of a cathedral.

“Zip World Caverns is probably the most challenging activity we do: a three hour journey underground with zip lines, traverses, and balance beams, ” says Taylor. 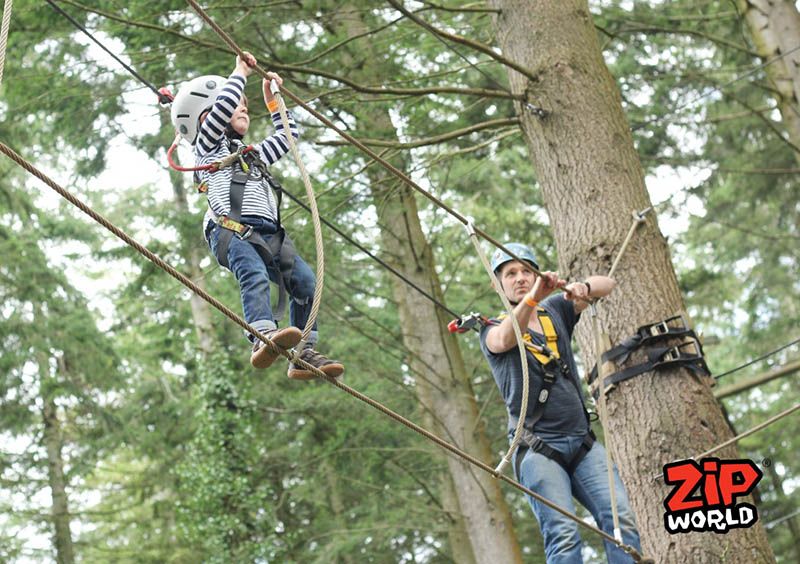 The company’s third is location is Zip World Fforest at Betws y Coed.

“Here, we have Zip World Forest Safari, which is 24 zip lines with different easy obstacles between trees, and amazing views, ” explains Taylor.  “It’s very holistic; very family friendly. It’s supposed to be slow, and you enjoy it and chill out.” 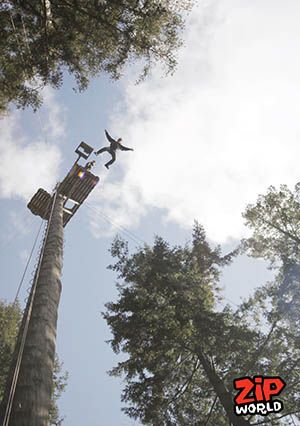 For those seeking thrill rather than chill, there’s Powerfan Plummet, the highest parachute simulator in the world.

“You climb 110 feet; you step off in parachute position, plummet for 80 feet then slow down and land, which is very iconic, ” says Taylor. “And, then, we’ve got the first five person 3-G swing, which is where you get winched up, and then you’re released.

“Also, this summer, we opened Tree Top Nets, which is like Bounce Below but up in the trees. Plus, there are areas where you can play football; we’ve got tree houses and a circuit you can go round.”

There is also a junior high ropes adventure course for four to eight-year-olds.

The big news at Zip Fforest this summer will be the opening of the Alpine Zip World Fforest Coaster.

“We’ve already begun clearing the woods, ” says Taylor. “It’s a gravity driven ride of over 1km with toboggan cars on elevated tracks running through the existing trees at Zip World Fforest. It uses German technology and will be able to accommodate 400 people an hour.”

It’s a significant investment and will be the first ride of its kind in the UK. The all-weather attraction has already proved very successful in ski areas. 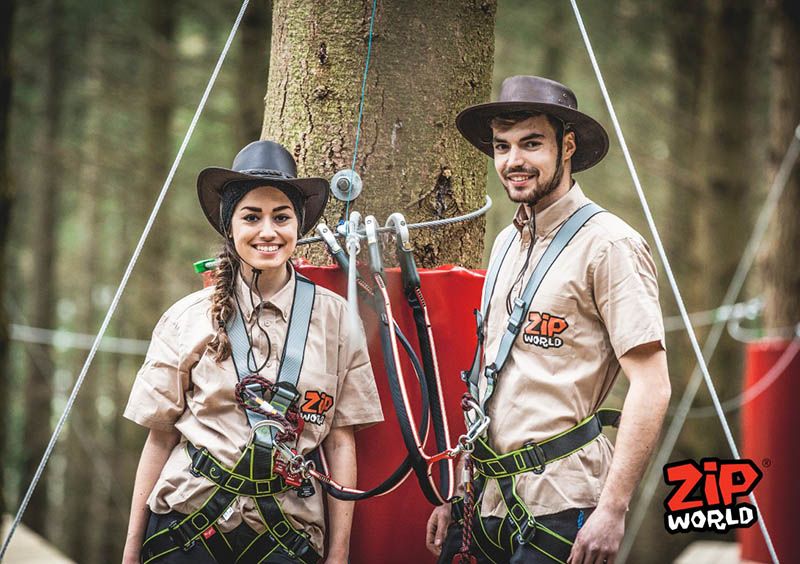 However, Zip World has done more than bring high-speed adventure to Wales. It has also brought much-needed employment.

“We’re working out of two of the most deprived areas of the UK, and we have a local workforce. They really are ambassadors for the company, we’re really proud of them, ” says Taylor.

All the staff members are recruited from the area. They also benefit from wages generously in excess of the living wage, as well as courses and personal development initiatives. Promotion is, where possible, from within.

“We do get affected by the weather, ” admits Taylor. “But, we have an underground site which is all weather all year, Bounce Below. The company operates all the way through the year; we don’t shut down, we want to keep staff employed during the winter.” 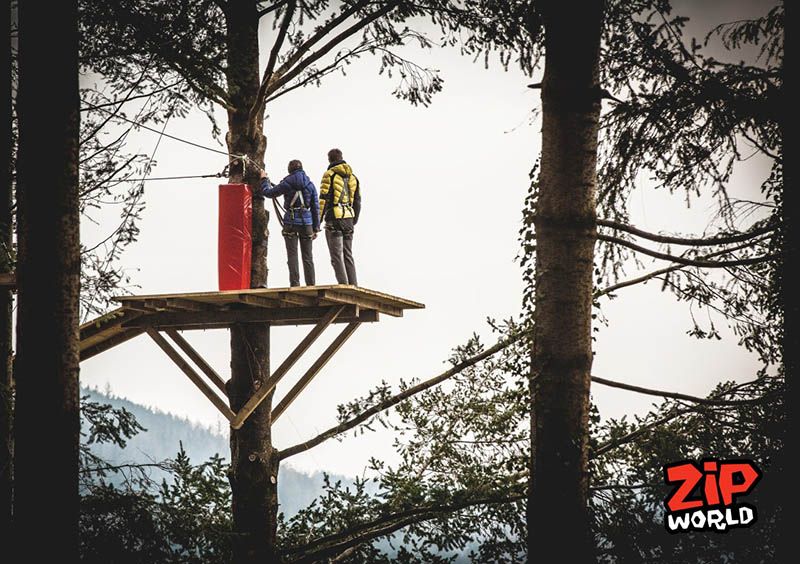 “We are continually developing – we have the new £3 million visitor centre which we’re opening in Spring, with absolutely amazing views over our lake; we’re exploring opening a new Zip World Hotel; we’ve got the Alpine Coaster, which is the first of its type in the UK coming to Zip World Forest. We’re incredibly busy, always developing, always recruiting. We cater to everyone: we’re not tied to the extreme sports market. We get families here, and disabled groups. Everyone can have a go.”

Why does Taylor think the Zip World brand has been so successful at capturing the public’s imagination? 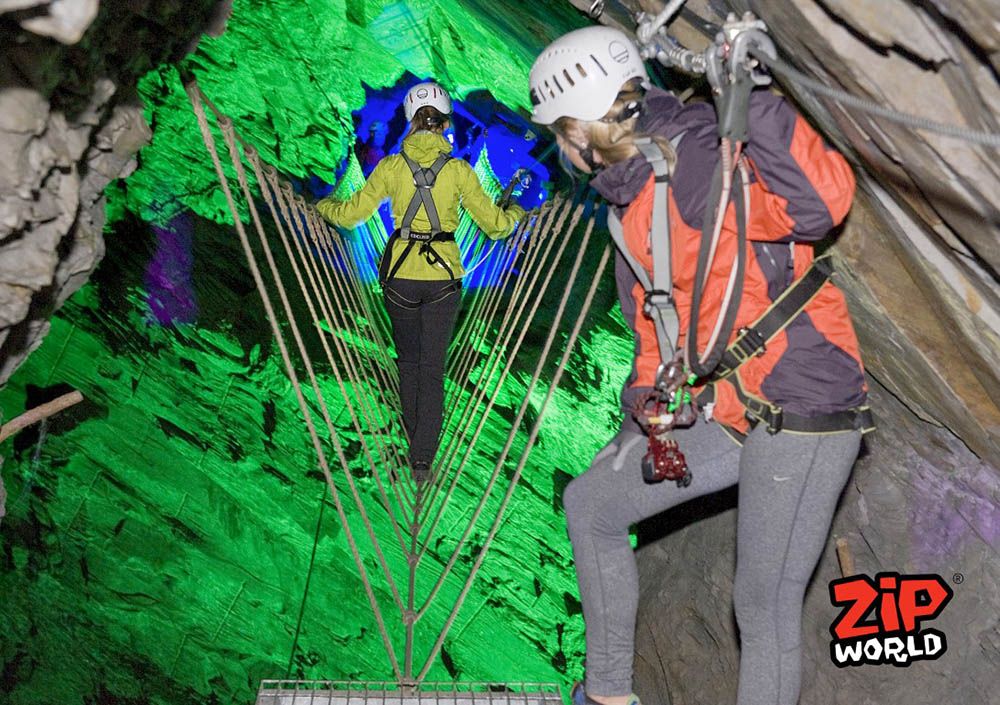