Initiated by global real estate developer, Ceetrus, it is set to open in 2027. EuropaCity, an entertainment destination, sits in the Gonesse Triangle, between Roissy-Charles de Gaulle and Paris-Le Bourget Airports, just 10 km away from the borders of Paris.

The strategically-located development will comprise cultural, leisure and sports facilities. It will also feature, hotels, restaurants, retail, a farm growing local products, an urban park and the largest indoor/outdoor theme park in Europe. The project, initiated by Ceetrus, is co-developed with Wanda Group and the total investment will be over 3 billion Euros.

The project is part of a vast public development operation led by Grand Paris Aménagement. However, plans for EuropaCity have attracted controversy since the beginning.

EuropaCity’s CEO, Benoit Chang, speaks to Blooloop about the project and the way it is perceived, as well as what it will achieve for the region, and for green targets.

Chang has had an international career in finance in a number of sectors and countries. “What brought me here,” he says, “is what I can only describe as a series of unplanned events.”

Chang’s career began at Cegelec, an electrical engineering company. He worked in Indonesia and Brazil. He also worked on the Ile de la Reunion, a small island that belongs to France in the Indian Ocean. In 2004 he joined French international retail group and multinational corporation, Auchan, working as CFO for the bank branch in Lisbon. 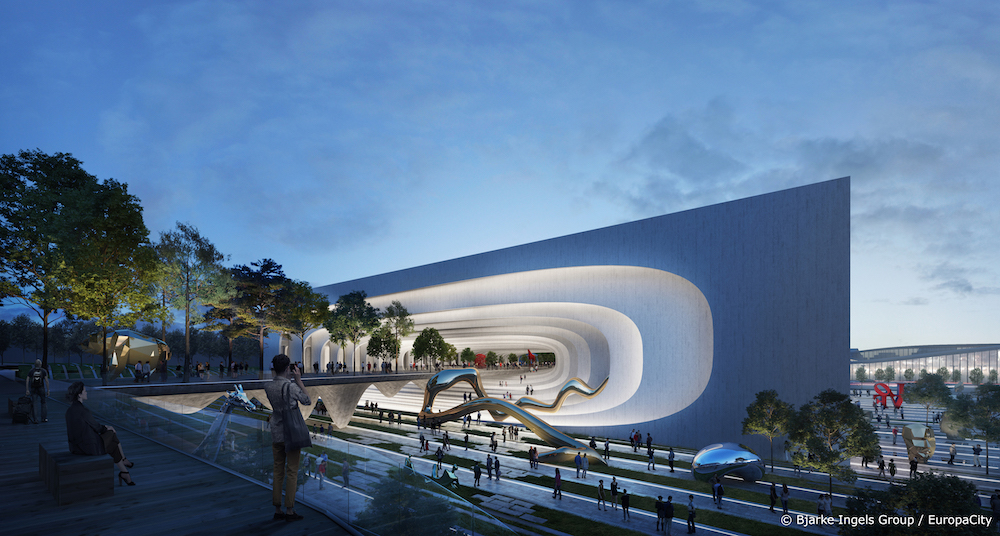 “You know how groups work, they often offer a lot of opportunities,” says Chang. “A few years after I joined Auchan, the position of CFO of Immochan France and Luxembourg became available.”

Immochan was the real estate arm of Auchan, developing and managing the group’s real estate property. It now operates under the name of Ceetrus. Chang joined as CFO in 2009.

“It was an interesting time to become a part of such a company,” says Chang. “We knew back then that our historical business models were going to move and shift. I was really involved in making the model shift from the historical way commercial destinations used to be built, to the way they are going to have to be built in the future.”

In his dual role at Ceetrus, Chang dealt with all the financial aspects. He also dealt with everything regarding asset management and investments. In 2017, he became CEO of the Alliages & Territoires company, dedicated to the EuropaCity Project.

The beginning of EuropaCity

“EuropaCity back then was one of the projects led by Ceetrus,” says Chang. “In 2016 I was the one who negotiated the entry of the Wanda group. Negotiations for the joint venture took place in 2016 and early 2017.”

“As I said, I joined Immochan/Ceetrus at this interesting time in 2009. We knew 10 years ago that the real estate industry, especially as regards commercial real estate, was going to be very strongly impacted by the digital revolution. And sure enough, the analysis we made 10 years ago has proven right every year since.

So where did the idea for EuropaCity come from? Chang says that, at the very beginning, it was a response to a very simple question:

“In tomorrow’s digital world, everyone can access anything, anywhere from their smartphone. So, what are the drivers that will make them get up and go somewhere, to an actual physical destination?”

A new vision for Greater Paris

“We created a platform, a Scientific Orientation Committee, says Chang. “This gathered experts and companies from many different backgrounds and industries. We spoke to the leisure, culture, commercial and digital industries. This helped us to create bridges and creative emulations, to come up with a vision. Little by little, the concept of EuropaCity emerged.”

In the beginning, there was no land identified for the project. However, at the same time, Paris and the French authorities were conceiving a new vision for the Paris Region: Greater Paris. They wanted to create a version that was more attractive and inclusive, with a better quality of life.

A joining of forces was the outcome. Chang describes it as “an encounter between a private will to reinvent its business, and the Greater Paris will to create a bigger more inclusive more attractive Paris.”

“That encounter occurred where the EuropaCity project is today. The Gonesse Triangle between Roissy-Charles de Gaulle and Paris-Le Bourget Airports. Just 10km away from downtown Paris. That’s the way the birth of EuropaCity happened.”

Having a positive impact

Benoit Chang stresses the ethos underlying the project. “One thing is very important to us. Particularly as both shareholders have several decades of experience in real estate projects.

“The world in which we live has changed considerably. Real estate projects can no longer be imposed on the territories in which they are located. This might have been the case in earlier decades or years. It is of fundamental importance to us that our project should have a positive impact.”

To ensure this, monitoring the support from local inhabitants is key. EuropaCity conducts an annual barometer on the way local people perceive the project. Chang explains that support appears to be consistent and even growing. The latest Odoxa barometer shows that 81% of the population is in favour of the project.

“We have huge support from the local population,” says Chang. “We have been – and still are – engaging constantly with them, and with all the stakeholders of the area. The project will bring strong economic and social development in this territory, as well as being sustainable from start to finish.”

Pride in the project

Chang explains that for EuropaCity to be a success, both the inhabitants and stakeholders of the area must be proud of the project.

“The second condition is that it is vital that tomorrow the inhabitants and stakeholders will benefit from EuropaCity. That will include economic development. We will ensure that the majority of the 10,000 jobs created – reported by an independent firm to be 3 out of 4 jobs – will go to the inhabitants of the territory.”

“Additionally, we need to make sure that the local small and medium-sized companies benefit from EuropaCity. This is a constant exchange we are having with the different stakeholders.  But really, the most important point is the need to generate pride around the project. People need to identify with what we’re doing.”

A certain amount of controversy has characterised the development as the project progresses.

Benoit Chang says, “Yes, EuropaCity is a huge project. But it is just one element of a larger public urban planning initiative that will help develop this area of the Paris Region. The prospect of such a major enterprise can trigger some fear – legitimate fear- about the way it’s being done. And also, about the sustainable aspect of it.

“The controversy has had a lot of media coverage, it is true. But actually, this controversy is not directly linked to, and is not carried out by, the inhabitants of the territory.”

Contextualising the opposition, he says:

“We live in quite a fearful period. If you take a step back and look at the state of the world, many things can be frightening. Especially where they are linked to economic development, and in terms of the environment, sustainability and so forth.

“With an important operation that generates a great deal of media coverage, a lot of debate can be sparked by things that are not directly linked to the project. So, the project sometimes characterises debates that are far beyond itself.”

What is important to Chang is that everyone has a voice. EuropaCity has set up a forum – both public meetings and internet platforms – for everyone to share what they feel about the development in public debate.

“We don’t just invite those who are in favour of the project. Obviously, we invite a lot of people that are against the development as well. And this sort of balanced debate can sometimes contribute to the creation of great solutions. We believe that it is not incompatible to talk about economic development on one side and preservation of the environment on the other side.

“We believe economic development is a trigger for social development – we just have to find the right way of doing things.”

In light of the Paris Agreements and the need to reduce emissions globally, the project needs to ensure sustainability. “We have to take that on board, and to see and project things differently,” says Chang. “But we believe technology and innovation can provide great solutions for tomorrow.”

Construction will begin in 2023 and EuropaCity is set to open in 2027. No technological choices have been made at this point.

“There is a bit of time, but we want to make sure that no option is left aside,” says Chang. “We will be able to integrate the right technology at the right time and we are very linked to top technology providers.”

“We haven’t chosen a specific technology today. However, we have a very strong objective in terms of the way we’re going to be building EuropaCity. We are working on these aspects already with the architects and engineers. Those objectives concern water, energy, carbon and waste.

EuropaCity to be a carbon zero destination

The highest objective that the project has set for itself is to be a carbon zero destination. This, Chang feels, is feasible. “We believe strongly in innovation, and will be aiming to build in a carbon-neutral way. That is the first thing.

“The second thing that is key in terms of carbon is our full link with the Metro. The airport is seven minutes away. Visitors can reach downtown Paris in a little over 20 minutes, which is exceptional for a major leisure destination.”

Entertainment and culture coming together

“There is also food and retail, of course. I envisage a bright future for these industries, too.”

And then there is the all-important cultural aspect. “We have been working very closely with the Ministry of Culture on the cultural programming of EuropaCity. There will be a museum at the entry gate of EuropaCity, with a cultural centre for children, an event venue, a movie cultural centre, and so on. We are also focusing on creating a learning destination.”

“We believe that cultural aspects have the capacity to bring diverse populations together. This new site will be a place of encounter between international tourists, regional visitors and local inhabitants.” 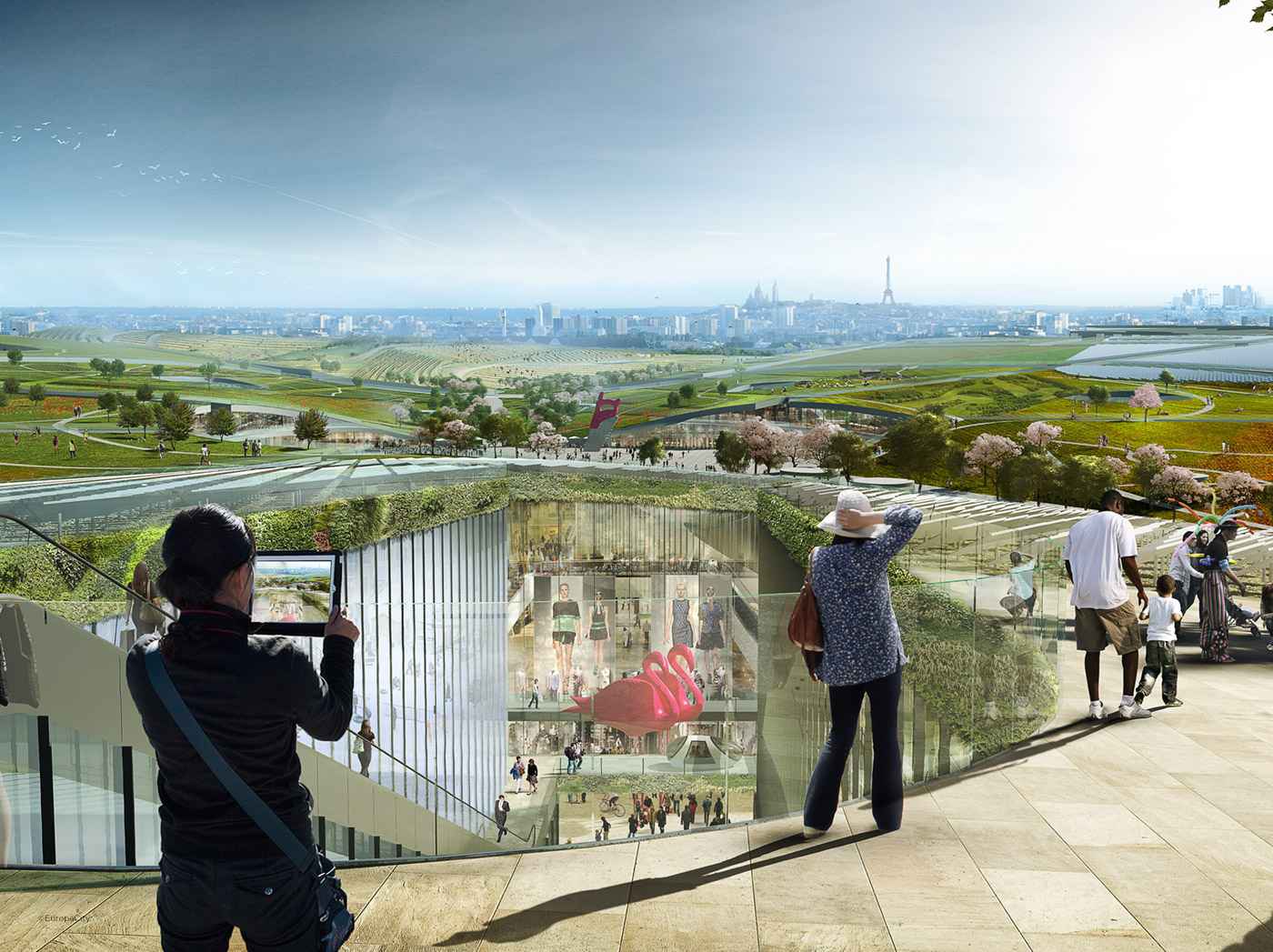 EuropaCity: a destination of the future

EuropaCity will open in 2027 but will have to remain functional and sustainable for decades to come.

Finally, Benoit Chang concludes, “We have to apply the right ambition right from the beginning. There is something good happening in Greater Paris today; a very big dynamism, big energy. We strongly believe that Paris will be a major European cluster for leisure in the coming decades. EuropaCity will be a big part of that.

All images kind courtesy of EuropaCity