Cleveland Museum of Art to establish Center for Chinese Paintings Conservation. The move is part of a growing interest in Asian art as China rises as an economic and cultural power.

The new centre will make Cleveland one of the premiere hubs in the U.S. for training and mentorship and reflects the rise of interest in Asian art in the West.

The Cleveland Museum of Art (CMA) has announced that it has received a $1.5 million gift from June and Simon K.C. Li towards the foundation of the centre. It matches the $1.5 million endowment challenge grant already awarded by The Andrew W. Mellon Foundation.

The CMA has always collected exceptional Chinese art and now possesses one of the most eminent collections in the West. The museum aims to increase specialist conservation expertise both within its own institution and throughout the entire U.S.

“Chinese paintings are a special strength of our collection,” said William Griswold, director of the Cleveland Museum of Art. “While these superb works occupy a critical place in Chinese art history, they also represent a major conservation challenge given the fragile nature of the materials used to create them.” He pointed out that the shortage of qualified Chinese paintings conservators has become a “widespread dilemma” for museums across the United States. “The generous gift by June and Simon K.C. Li and challenge grant from the Mellon Foundation will enable solutions that will effect great change in the industry and ensure the care of Chinese paintings for generations to come.”

June Li added, “We are honoured to participate in the creation of a Center for Chinese Painting Conservation at the Cleveland Museum of Art,” adding that the centre would not only preserve rare Chinese masterpieces in the Cleveland collection but would also provide an important resource for other American museums. “In addition, it will be a training centre for future generations of Chinese painting conservators, ensuring that one of China’s greatest artistic traditions will endure,” she said.

The CMA’s Li Center for Chinese Paintings Conservation will also institute an annual endowed residency programme for emerging conservators in the field. “In addition to preserving our collection for generations to come, this will lay the foundation and secure the longevity of the field of conservation of Chinese paintings in the United States,” said Per Knutås, the Eric and Jane Nord Chief Conservator of the Cleveland Museum of Art. “This gift will have a far-reaching impact on the preservation and conservation of Chinese cultural property and we are beyond excited to embark on the establishment of a training centre at the CMA.”

The CMA now joins the Freer and Sackler Galleries, Smithsonian Institution; the Metropolitan Museum of Art; and the Museum of Fine Arts, Boston as a specialist in advancing the field of Chinese painting conservation. 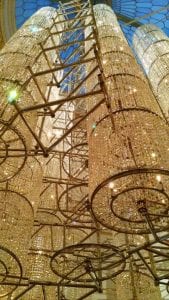 Rise in interest in Asian art

Interest in Asian art is certainly on the increase in the west and art critics are pondering whether an ‘Asian art renaissance in Europe’ is being fuelled by the rise of China.

Contemporary artists such as Ai Weiwei have raised awareness of modern Chinese art, as well as classical paintings.

In a report from the South China Morning Post, Christopher Moore, publisher of online art magazine Ran Dian, says the growth of interest is being driven by interest in the West around the arts and culture of, in particular, East Asia. “I think this is due to growing curiosity about China and accordingly its art scene,” said Moore. “Western collectors travel a lot and they are increasingly curious and inspired by East Asia, particularly China, Korea and Japan. This is beginning to have a flow-on effect with the institutions they support, whether their own private museums or major public institutions.”

Fondation Carmignac has recently opened on Porquerolles, an island off the French Riviera. Although the new art museum showcases a variety of artists, it majors in Asian art, featuring works of art from, amongst others, Zhang Huan, Wang Keping and Yoshitomo Nara. It also ushers in the feel of the East, creating the mood of a Zen monastery. Visitors drink a mind-cleansing tea before entering and walk barefoot around the incense-scented space.

Other museums and art spaces are joining the move towards celebrating Asian art, with European and American institutions creating closer ties with Asian counterparts. Fondazione Sandretto Re Rebaudengo in Turin, Italy worked with the Rockbund Art Museum in Shanghai earlier this year while the Delfina Foundation in London has brought artists from East and Central Asia for its artist-in-residence programme.

The Humboldt Forum which is slated to open at the end of 2019 in Berlin, will feature an extensive collection of East Asian art and artefacts, while the National Museum of Scotland is building a new East Asia gallery, also set to open next year. Meanwhile Amos Rex, due to open in Helsinki next month, has announced it will launch with a huge digital art installation by the Tokyo-based art collective teamLab. 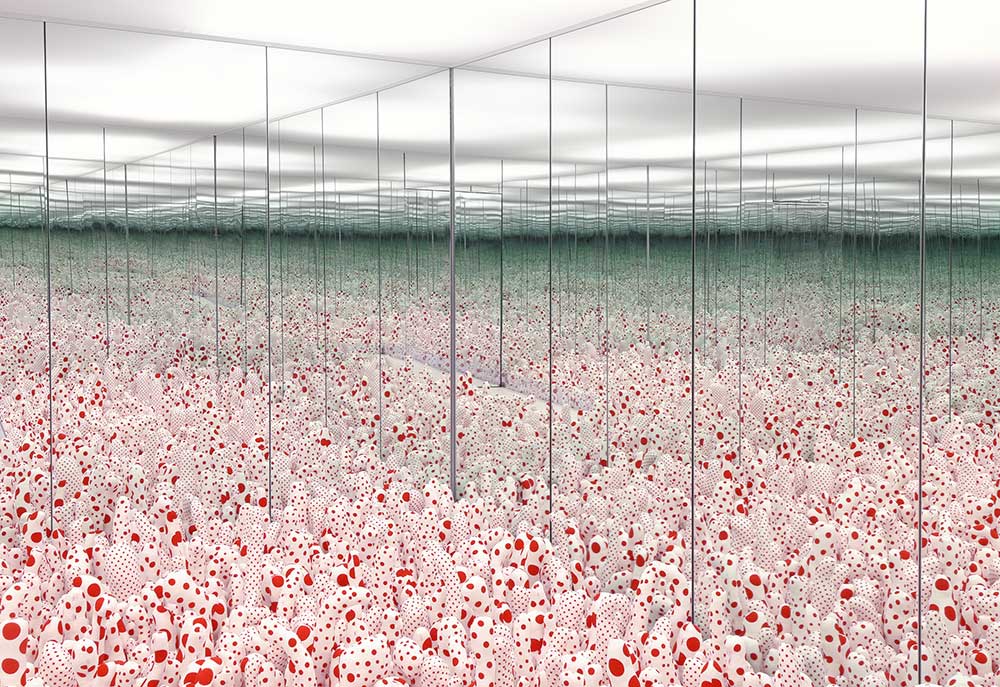 Alongside its Chinese collection, the CMA is presently focusing on the work of Yayoi Kusama, the legendary Japanese artist.

Yayoi Kusama: Infinity Mirrors spans the artist’s vibrant career, from her 1960s ground-breaking paintings and ‘happenings’ in the streets of NYC to her hugely influential immersive installations of later years.