Experience designer JRA has worked on visitor attractions around the world. But recently it completed a project in its own backyard. The Fifth Third Museum in Cincinnati explores Fifth Third Bank’s close connections to the city.

The new permanent exhibition is located in the bank’s headquarters on Fountain Square. With a narrative of ‘A City and a Signature’, the museum illustrates how Fifth Third has impacted the people and places of Cincinnati since it was founded in 1858.

Visitors will learn about key moments in the history of both the bank and city. A focal point of the exhibition is a dynamic, illuminated graphic display that features the signatures of Fifth Third’s presidents alongside those of well-known Cincinnatians who had relationships with the bank.

More than 100 Fifth Third stories are showcased on an interactive media wall. In addition, a rotating selection of artefacts highlights milestones in the bank’s history. These include the creation of JEANIE, the first online shared network of ATMs in the United States. 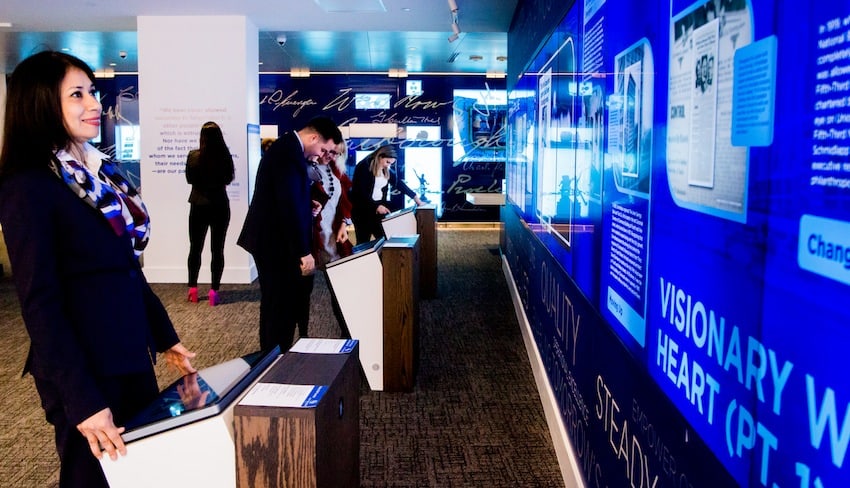 “We’re proud to share our rich heritage in the museum,” says Fifth Third Bank’s chairman, president and CEO, Greg Carmichael. “The stories of our founding and our growth through the decades hold a common theme: we have always existed to serve our customers and our communities. Whether we’re introducing new technology or partnering with a community organization, it all comes back to helping improve people’s lives.”

JRA’s senior project director Mike Meyer says the museum is “not only bold in its appearance but also welcoming and informative to every visitor. The design of its key components were informed by the bank’s story, collections and brand identity.” 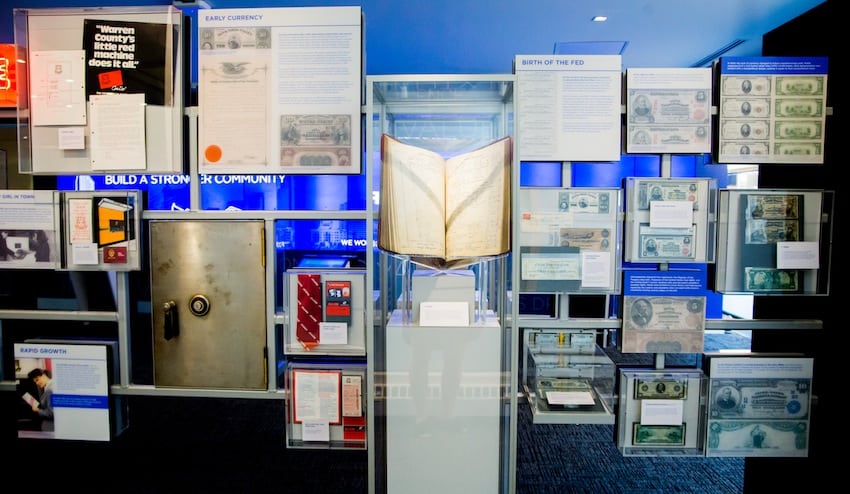 The Fifth Third Museum is open to the public from Tuesdays to Fridays, between 10am and 4pm.