IDEAS, a leading brand and experience design company, has announced that it has partnered with Pale Blue Dot Ventures to design a new space-themed entertainment and education destination, located in Santa Barbara County, California.

The California Space Academy (CalSpace) will immerse visitors in the world of space travel, as they find out what it would be like to join humanity’s near-future as spacefarers. Along the way, guests will discover stories of cutting-edge space travel, based on real scientific concepts.

The venue will be able to host more than 300,000 day-visitors per year, and will also be home to a multi-day “SpaceBase” experience, where guests will learn how to live in extraterrestrial environments and gain a range of new science, technology, maths, engineering and creative skills for life in space.

CalSpace will occupy 82 acres, with views into the neighbouring Vandenburg Space Force Base launch complex, which is home to NASA, ULA, SpaceX and more. In addition to the guest experience, it will also host “SpaceWorkz,” a 50,000-square-foot technology manufacturing facility that will execute payload processing, mission operations and R&D for upcoming space flights.

There is potential for accommodation to be added to the site too, as Pale Blue Dot Ventures is in discussions with a hotel developer to build and operate a 120-250-key hotel, with theming and a site integral to the park.

Bob Allen, Chief Storytelling Officer of IDEAS, says: “Leading the design of this forward-thinking destination is a passion project for us. Along with immersive attractions, our team looks forward to developing innovative STEAM education with Central Coast School Districts, universities, and government agencies like NASA, USAF and USSF, etc.”

IDEAS will also be able to bring attractive IP to the venture, having negotiated exclusive rights for Pale Blue Dot Ventures to develop location-based educational content based on the “Women in Motion’ documentary. This tells the story of Nichelle Nichols and her work to recruit minorities into NASA.

Speaking of the timing of the project, Pale Blue Dot Founder and CEO Steve Franck says: “You can look at your newsfeeds any day and it’s clear that the public fascination with the next generation of space flight has never been higher. CalSpace will be a singular location that will advance the science and story of space exploration, engage our audiences and inspire the next generation.”

The initial seed capital round has been completed by Pale Blue Dot Ventures and it is now in the process of raising the next round of capital to fund full project development. Following this, the company will perform a detailed market analysis and financial proforma, as well as conducting further conceptual development and completing the land deeding process. 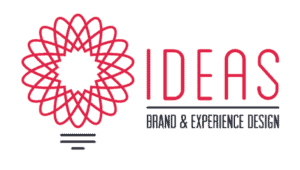