Sarner, an award-winning design and audio visual studio has announced two exciting new projects for 2019. Room on the Broom – A Magical Journey opened at Chessington in the spring, and Secret Rivers will run at the Museum of London Docklands this summer.

Sarner is proud to have worked with the Museum of London Docklands on their new exhibition, Secret Rivers. The exhibition explores the series of rivers, brooks and waterways which have shaped London and the people within it for centuries. Secret Rivers unveils the secrets hidden beneath the modern city streets and the waterways that we can see today.

The exhibition draws from the museum’s collection of artefacts and displays these alongside film, photography and art. Visitors will experience a journey through the history of London’s waterways, intended to immerse, intrigue and surprise them. It is formed of seven sections that use a range of interpretative techniques including interactive displays. Guests will find themselves plunged under the city’s streets as the exhibit strips away the secrets of these hidden waterways. Secret Rivers is free and will run from 24th May to 27th October 2019.

Sarner’s Designer, Rebecca Hayward says: “It has been a pleasure to work with the team at the Museum of London Docklands to create an exciting exhibition that encourages discovery and insight to London’s secret rivers and waterways”

There are many more exciting developments underway at the Museum of London, including a relocation to a new site and a partnership with Goldsmiths.

There’s Room on the Broom for Sarner

Chessington World of Adventures Resort opened a new attraction in March 2019, thanks to Sarner. The much-loved children’s book “Room on the Broom”, written by Julia Donaldson and illustrated by Axel Scheffler has been translated into an interactive adventure for all the family. 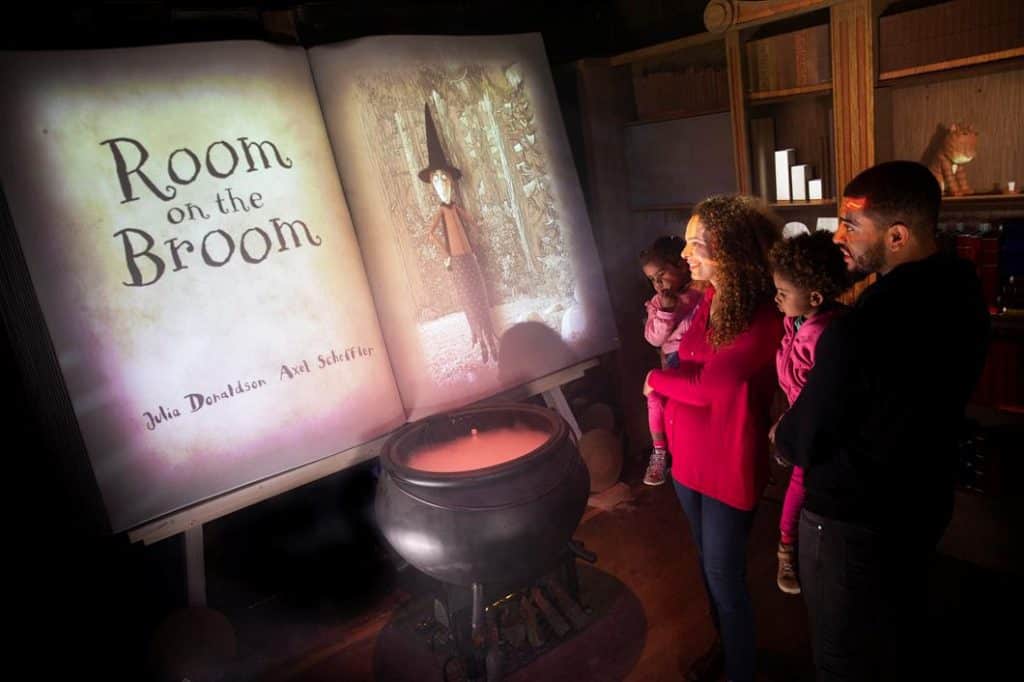 Sarner was responsible for the creative and technical design of the project, including complex projection mapping, immersive multi-channel audio, theatrical lighting and a whole range of surprise special effects. The book’s story has delighted readers around the world since it was published in 2001. It has been translated into more than 20 languages and takes children on a fun adventure with its lovable characters. In this new attraction, young people and their families step inside an enchanted library, where they can enjoy a magical journey and a range of interactive adventures.

Mike Ross, Sarner’s Technical Director is pleased with the outcome of this project. He says, “Key elements of the previous incarnation, ‘Hocus Pocus Hall’, were so loved by guests to Chessington that they were kept for the new Room on the Broom attraction, which provided some unusual challenges for us to overcome. However, from day one our team and the Merlin Magic Making team worked in an integrated and seamless way, so these challenges were embraced and overcome. This Julia Donaldson story is hugely popular with children, so it’s been a pleasure bringing it to life at Chessington. The early reviews we’ve received and the smiles we’ve seen on the guests’ faces as they leave the attraction makes us feel that we’ve got it right.”

Michelle Hicks, Merlin’s Project Manager, agrees, “Merlin Magic Making and Sarner joined forces and worked as a close-knit team to deliver an amazing attraction within a very challenging timescale. Room on the Broom – A Magical Journey is a fantastic interactive adventure the whole family can enjoy and Sarner played a vital role in making the most of all the technology in the attraction to create a truly unique experience.”

These new projects join a host of other innovative attractions by Sarner, including the new Doctor Who exhibit at Madame Tussauds Blackpool and Oslo’s revamped Fram Museum.