The V&A has appointed Gus Casely-Hayford as the director of V&A East. The attraction in Queen Elizabeth Olympic Park is one of the institution’s most significant and ambitious developments.

Gus Casely-Hayford is currently director of the Smithsonian’s National Museum of African Art in Washington, DC.

Renowned around the world as a museum director, cultural historian, writer, curator and broadcaster, Casely-Hayford will take on his new role in spring 2020.

He will be responsible for the creative strategy and programming at V&A East’s two new public venues in east London. “I’m delighted that Gus is joining the V&A to lead and launch V&A East,” said Reeve. “This is a hugely ambitious project – for east London, for the UK and for international cultural exchange.

“It offers us a once-in-a-lifetime opportunity to transform how we engage young, diverse audiences, and to revolutionise how our collections are accessed and experienced. 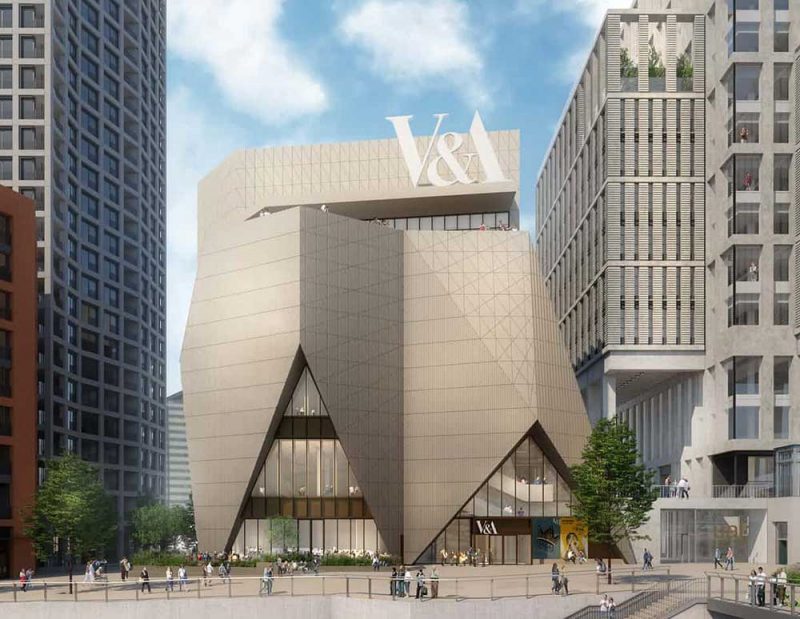 “We cast the net wide to find a creative leader of the highest standing, and with his prestigious career and background, Gus is perfectly placed to lead V&A East’s growing team and to develop its new identity, purpose and programme.”

A five-storey museum, designed by O’Donnell + Tuomey, will be located at Stratford Waterfront. It will host a pioneering partnership between the US and UK with the Smithsonian Institution.

Located approximately ten minutes away, Here East will be a new collection and research centre, designed by Diller Scofidio + Renfro.

Both V&A East sites are now under construction and scheduled to open in 2023 as part of East Bank in the Queen Elizabeth Olympic Park. “I feel enormously privileged to be asked to become part of the fantastic V&A team,” said Casely-Hayford. “It has long been the arts institution that I have looked to for innovation and inspiration.

“And what a brief – working to deliver a new museum for east London. And what a collection – the most thrilling single body of material culture I have ever encountered.”

He added: “I cannot wait to share the magic of V&A East with new audiences and our old friends. We are going to craft dynamic and compelling ways for our audiences to get close to the extraordinary, to be transported across time and geography by the most beautiful and intriguing things.”