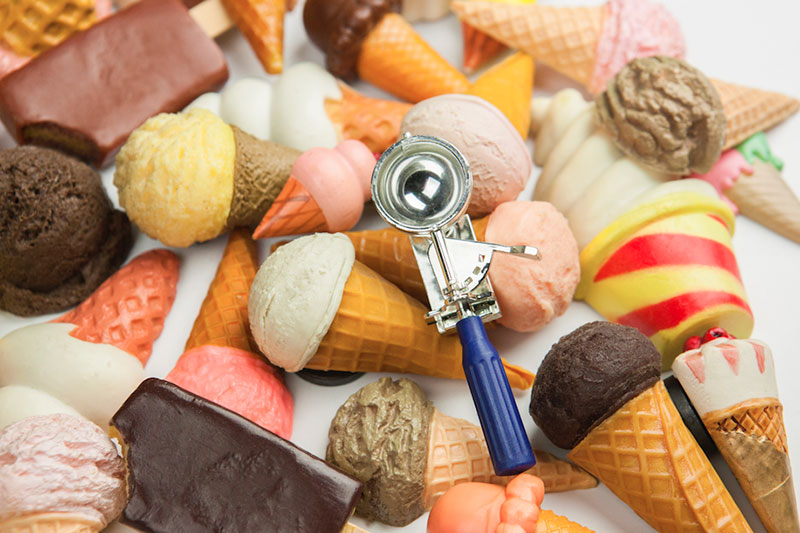 Bompas & Parr, the innovative founders of the British Museum of Food are crowdfunding a three-month exhibition in London to celebrate the taste of summer: SCOOP: The Wonderful World of Ice Cream.

Sam Bompas and Harry Parr, founders of the British Museum of Food (https://www.bmof.org/), plan to celebrate the sunny season with their trademark exuberance in an exhibition that gives the scoop on the frozen favourite.

Jellymongers Bompas & Parr have been described as ‘culinary pornographers and architectural foodsmiths’. With backgrounds in marketing and architecture, they are famed for their ‘joyful excess’ and delight in breaking down barriers. The pair have famously cooked lava and created gin and tonic clouds that intoxicate through the lungs and eyeballs. Their aim is to break people out of ‘normal museum mode’.

If the Indiegogo crowdfunding target is met, SCOOP will open throughout the summer holiday season. It will showcase the world’s largest collection of ice-cream making equipment, featuring 14,000 vintage pieces of equipment and service-ware alongside advertising and music. The collection – which includes Victorian ice cream moulds and even an Andy Warhol print – has never previously been seen by the public. It has been amassed over the last 40 years by Robin and Caroline Weir. The Weirs are the authors of the award-winning Ice Creams, Sorbets and Gelati: The Definitive Guide (Grub Street).

There are a wide range of rewards on offer in exchange for pledges. Pledges of £10 or more will net a ticket to SCOOP (regular price £12), a thank you card from Sam Bompas and Harry Parr, and your name featured on the Patrons’ Wall of Frozen Fame.

Bompas & Parr are never short of imaginative ideas. Other prizes include having your face made into a giant ice cream (£800) or enjoying ice cream for breakfast with Sam and Harry in five years’ time (£250). Pledges of £1,000 or more confer naming rights – to the Glow-in-the-dark Ice Cream Chamber, the Sprinkle Fountain, or to a series of lectures.

For a pledge of £2,500 or more, Sam Bompas will visit your company to give a talk (plus ice cream). Suggested topics include Ode to the Stomach: An Adventure in Culinary Creativity, or Gut Feelings: Food of the Future.

If anyone pledges £5,500 or more, the irreverent duo will install a giant architectonic pineapple (with naming rights) outside the exhibition.

The exhibition has been designed to coincide with the 300th anniversary of Mary Eales’ Receipts. Published in 1718, this was the first time ice cream had been featured in an English publication. It is also the 399th anniversary of the first ice house to be built in Britain. This was created by order of King James I and was built in Greenwich Park.

The exhibition will also provide insights into the life of Victorian ice cream doyenne, Agnes B Marshall. She was known as Queen of Ices and was the author of several highly rated cook books. She patented her own ice cream maker and was suggesting the use of liquid nitrogen to make ice cream as early as the late 1800s. Heston Blumenthal has dubbed Marshall “One of the greatest culinary pioneers this country has ever seen.”

Visitors to the exhibition will ‘meet’ Agnes in one section of the highly immersive and interactive theatre performance.

SCOOP: The Wonderful World of Ice Cream will include a range of imaginatively curated galleries. There will also be a wide-ranging programme of talks, workshops and events. Bompas & Parr are promising a range of ‘wonders’ to include real glacial ice. ‘Ice cream weather’ and glow-in-the-dark ice cream are also on the cards. 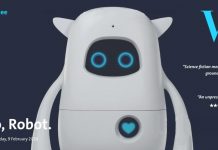