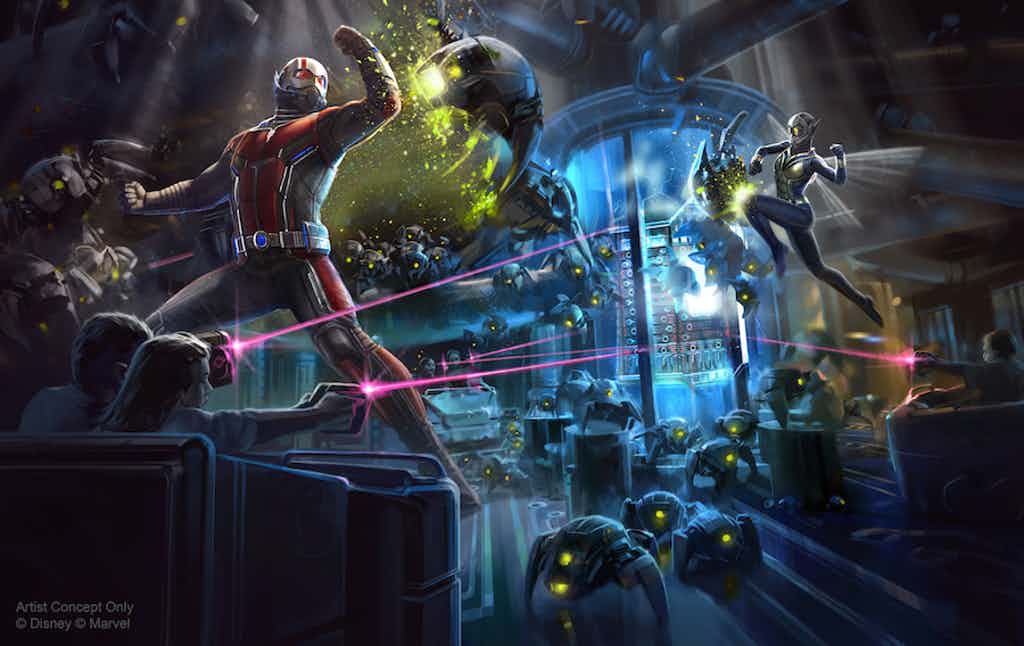 Hong Kong Disneyland has announced that its newest Marvel attraction – Ant-Man and The Wasp: Nano Battle – will open on March 31.

The Ant-Man and the Wasp: Nano Battle! experience starts with an ordinary visit to the S.H.I.E.L.D. Science and Technology Pavilion at Stark Expo at Hong Kong Disneyland (HKDL). Then the everyday tour turns into a wild adventure as guests are called to help action heroes Ant-Man and the Wasp. They ride in S.H.I.E.L.D.’s state-of-the-art vehicle and take part in a heroic battle, fighting against Zola and an army of Hydra swarm-bots.

Paul Rudd and Evangeline Lilly, stars of the film, also appear in the new interactive attraction at HKDL. “I have been a Disneyland fan my whole life,” said Rudd. “To have an attraction as Ant Man at Hong Kong Disneyland is so exciting.”

The ride will use illusion technology and a state-of-the-art gaming system.

Iron Man Experience has consistently held the top spot as most rated attraction at HKDL since its opening. More Marvel experiences will be launched in years through to 2023 as part of the multi-year expansion of HKDL that extends through 2023. The aim is to turn HKDL into the premier hub for Super Hero experiences in the region.

The theme park’s major expansion project started in 2017. In addition to the Marvel-themed area, HKDL will bring new Disney attractions and entertainments. The first new experience was ‘Moana: A Homecoming Celebration’ which debuted in Adventureland last May.

Taxpayers are funding $700m of the $1.4bn expansion; Disney is taking the rest of the bill. The Hong Kong government is the controlling shareholder in HKDL with a 53 percent stake with the remaining 47 percent owned by Disney.