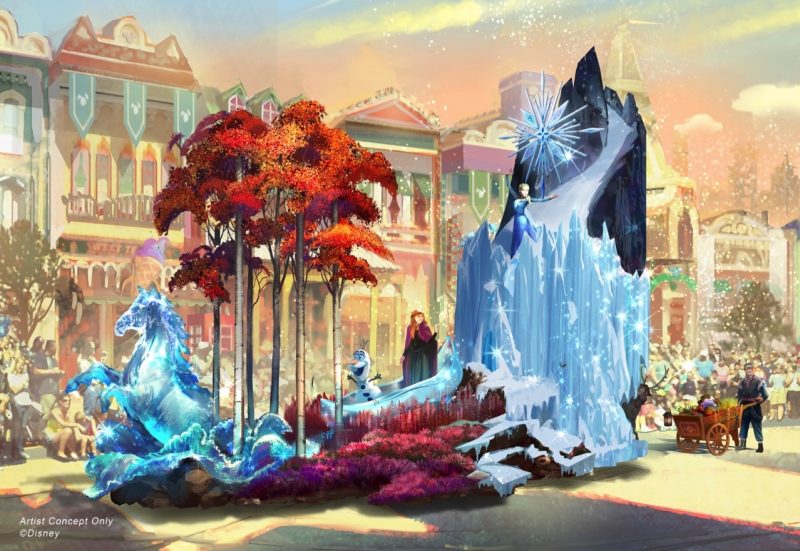 Disneyland has unveiled the new ‘Magic Happens’ parade, which is debuting in February 2020. The daytime parade will feature floats, costumes and characters from Disney, including Frozen 2, Moana, Coco, and Sleeping Beauty.

Magic Happens is kicking off at Disneyland on February 28. It will celebrate moments of magic at the heart of Disney stories, with Mickey Mouse leading the spectacular down Main Street, USA.

The parade will boast incredible floats, costumes and characters from Disney, as well as a musical score and new song, co-composed by Todrick Hall. 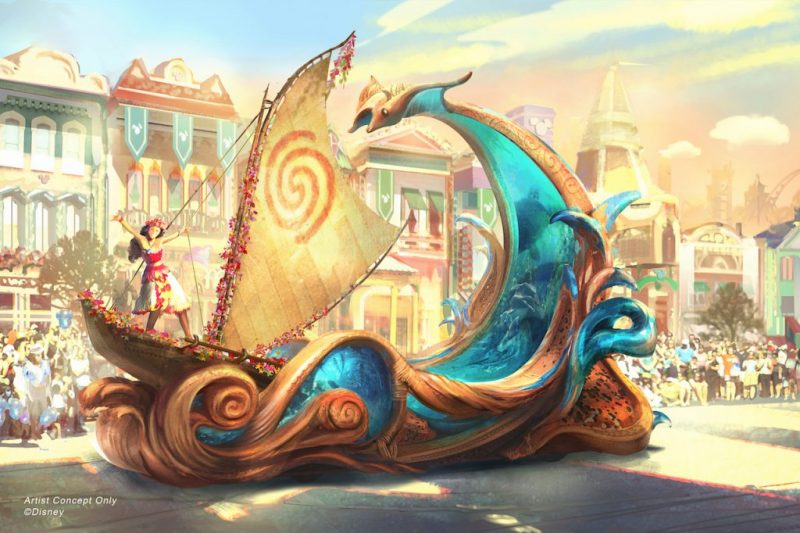 Highlights of the new parade include Frozen 2’s Anna, Elsa, Kristoff, Sven and Olaf exploring the mysteries of an enchanted forest protected by water spirit Nokk.

Moana will also appear on her voyager canoe. Joining her is demigod Maui, who makes his Disneyland Resort debut on his own island alongside Moana’s pet pig, Pua.

In addition, Coco’s Miguel will be seen in person for the first time, playing the guitar of Ernesto de la Cruz on a float featuring marigolds, alebrije spirit animals and Miguel’s dog Danté.

Maui and Pua will appear on another island 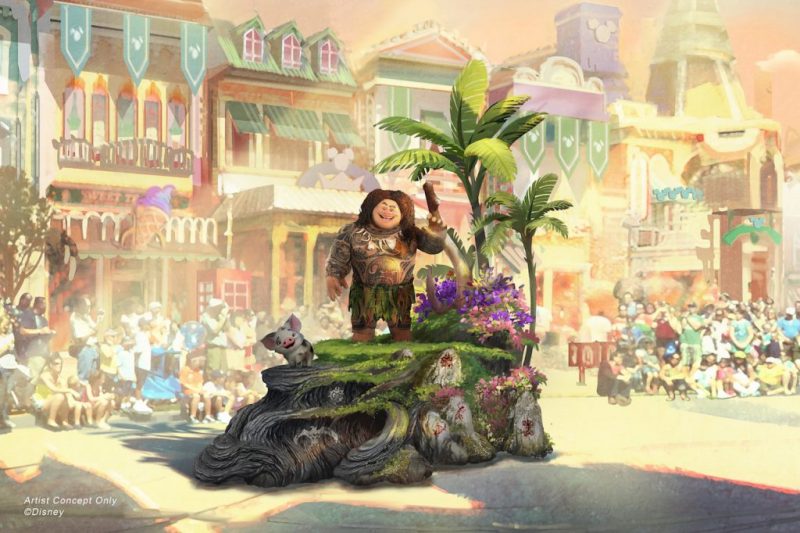 The grand finale of Magic Happens will boast magical moments from classic Disney stories, including Sleeping Beauty and Flora, Fauna, and Merryweather.

Also coming to Disneyland Resort in 2020 is Star Wars: Rise of the Resistance, launching in Star Wars: Galaxy’s Edge at Disneyland Park on January 17.

At Disney California Adventure Park, the Avengers Campus opens in 2020, inviting guests to a new land with the first Disney ride-through attraction to feature Spider-Man. 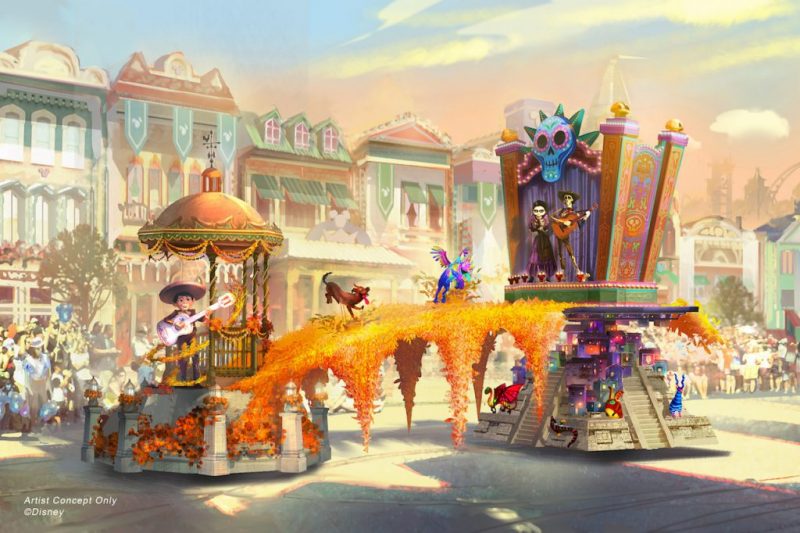 In more news, the Haunted Mansion at Disneyland is closing down for an extensive restoration process in 2020, with the ride reopening in late March or April.

Disneyland Resort is also refurbishing Snow White’s Scary Adventures, and previously unveiled the new entrance for Tomorrowland at Disneyland in a concept image.