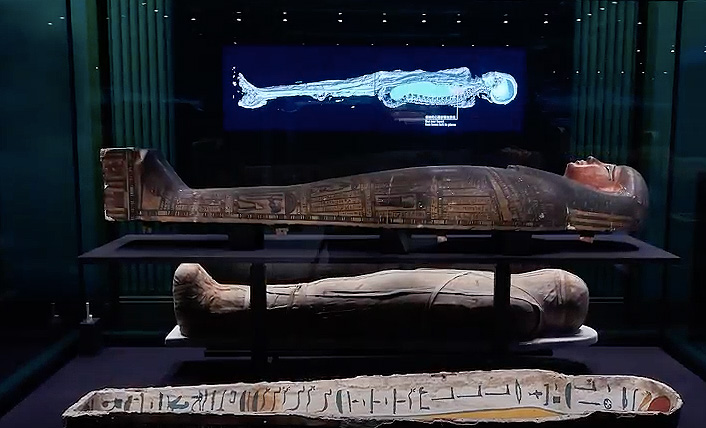 Over 1,200 local events were scheduled for 2017 to celebrate the 20th anniversary of handover of Hong Kong from Britain to China.  The initiative has brought more than 1.2 million visitors through their doors. This represents around a third of total attendance at six major public museums in Hong Kong between 2016-1017.

One of the major successes was an exhibition lasting four months, on ancient Egypt that featured mummies. It ended on a high earlier in October, having garnered over 850,000 visitors to the Science Museum. This was around 70% of the total museum attendance for 2016.

The showcase was the first time in decades that Egyptian mummies, on loan from the British Museum, were given pride of place in Hong Kong.

The exhibition, Eternal Life: Exploring Ancient Egypt, featured around 200 Egyptian cultural relics, included jewels placed on the mummies’ bodies and in the coffins, as well as ancient Egyptian children’s clothes and protective amulets.

A multimedia programme with 3D projection mapping, interactive exhbits, plus virtual reality and holograms, created a wealth of information for visitors to learn more about life in ancient Egypt.

Professor Ricardo Mak King-sang, a member of the Museum Advisory Committee under the Leisure and Cultural Services Department, told The South China Morning Post, “Perhaps it proves that the label of a cultural desert for Hong Kong is fading. If there are good exhibitions, Hong Kong people will come to see them.”

Committee chairman Stanley Wong Yuen-fai added that the next step should be conducting research on visitor demographics and their preferences to carve out future shows, arts and cultural policy.

“A boom in visitor numbers is a good start. But we need to know more about our visitors, like whether most of them are students, or how often they visit our museums,” Wong said.

The government allocated HK$640 million for hosting and holding around 1,400 celebratory events locally and abroad.

The fireworks display on 1 July was one of the most popular events, attended by over 260,000 people to Victoria Harbour for the 23-minute spectacular.