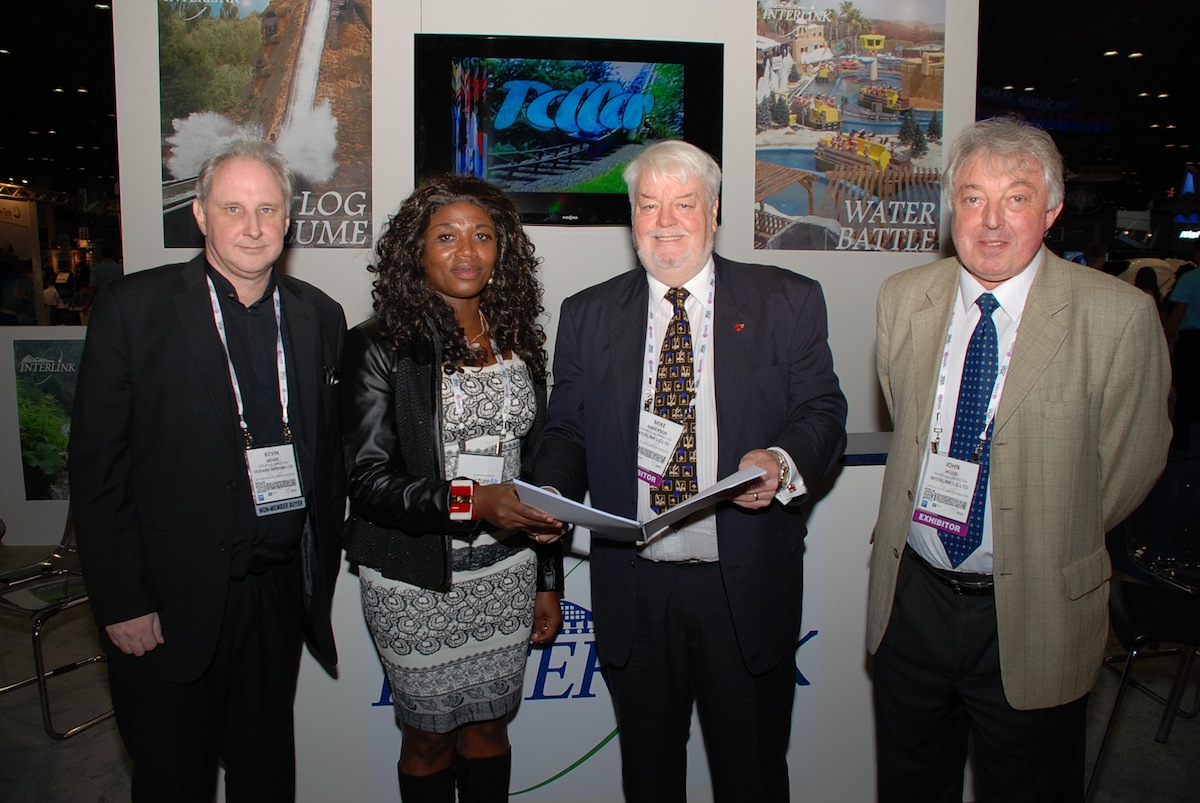 It was with great sadness that the amusement business learned this week of the passing of two stalwart members of the British – and worldwide – attractions industry; Mike Anderson and Gerry Robinson.

They were warmly regarded by the British attractions community as well as their many friends and colleagues overseas.

They will be particularly missed among the relatively small group of Brits, myself included, who meet up for post-show beers at trade shows around the world from Beijing to Orlando and Dubai.

Mike (right) was Sales Director for Interlink LG Ltd, a UK based company specialising in

providing water rides and other attractions to theme parks across the world. The company recently agreed to work on a Nigerian leisure resort project. In the image above, Mike is seen second from the right with with Interlink Managing Director John Hudd far right .

Gerry (left), a former policeman, founded ALES, The Amusement and Leisure Equipment Suppliers trade body and also was behind many of the attractions industry’s leading shows. A note from current ALES chairman Tony Whittaker is is here . His help and support was invaluable to many UK attractions companies, including Blooloop, as he managed the Government support via the UKTI for attending trade shows overseas.

Mike and Gerry were long time friends – Mike was a founder member of ALES – and their bonhomie, generous and good natured characters will be sorely missed. 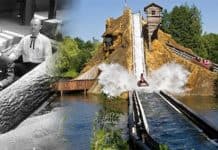