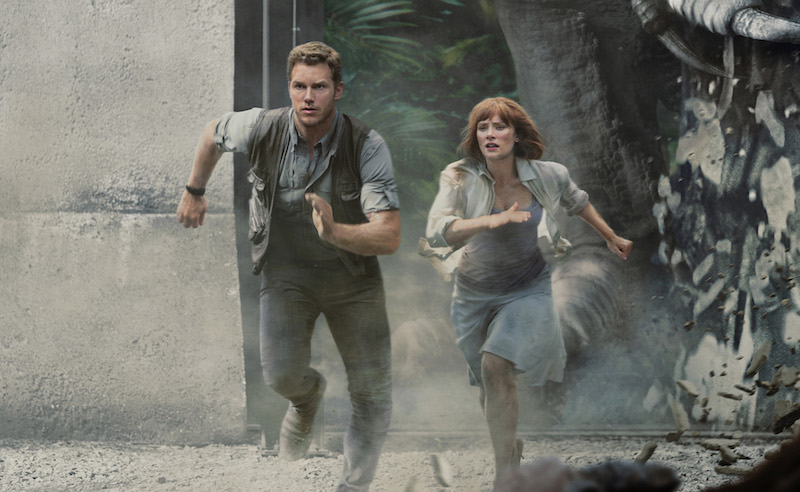 This marks the first time the cast will appear as their characters outside of the Jurassic World films for a theme park attraction.

Jurassic World fans will also get a look at the Mosasaurus in her massive Aquarium Observatory, through state-of-the-art visual effects.

At more than 60 feet in length and tipping the scales at over 30,000 pounds, the Mosasaurus moves just inches away from guests in her glass enclosure.

Universal Creative collaborated with Industrial Light & Magic (ILM) on the Mosasaurus, who appears in a realistic underwater environment using a combination of visual effects and technology, including motion parallax, which shifts guests’ perspective of the Mosasaurus as she moves around the tank.

A series of lighting enhancements allow the aquarium to intuitively change from day to night, and there will be visual changes to the environment during inclement weather, creating different visual scenarios that guests can experience based on when they ride. 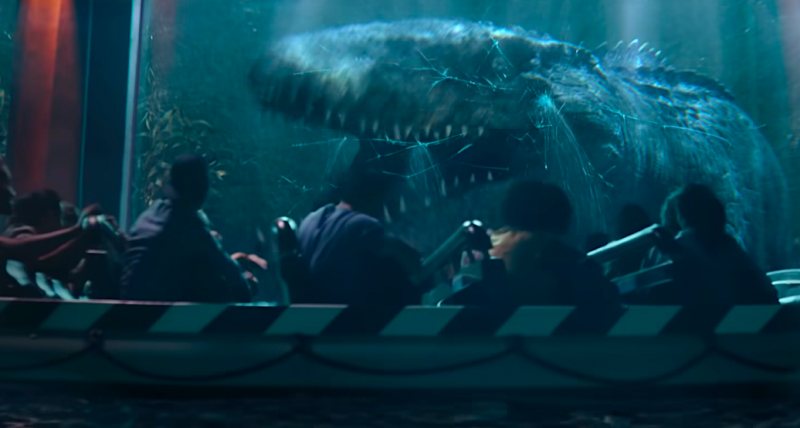