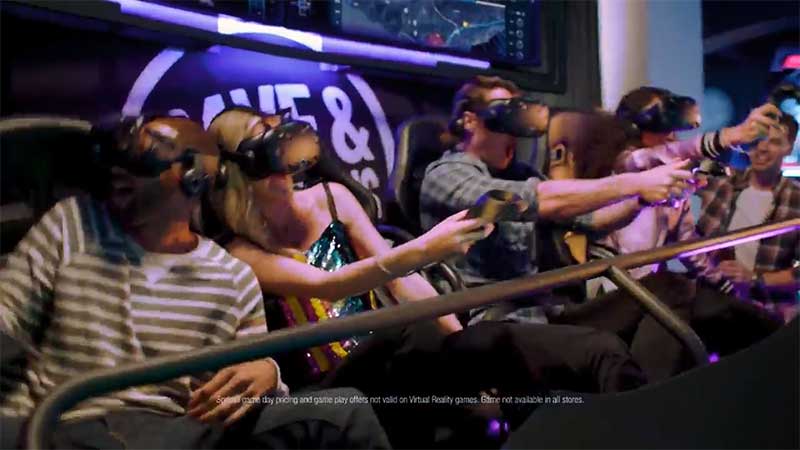 The restaurant chain Dave & Buster’s launched “Jurassic World VR Expedition” in over 100 locations across the U.S. and Canada in June. The ride uses motion chairs with HTC Vive VR headsets. Up to four players can enter the world of the movie franchise together.

CEO Brian Jenkins said: “Guest response has been strong and bodes well for future game releases on this platform.” The company plans to launch a second VR title towards the end of the year. “The plan is to build a library of VR content that allow us to capitalize on this opportunity for years to come.”

Dave & Buster’s is just one of a number of companies looking to cash in on VR in an out-of-home setting – but costing just $5 per ride, “Jurassic World VR Expedition” is significantly cheaper than some other VR center operators charge for their attractions.

Virtual Reality (VR) has begun to establish itself as a part of consumer life – most notably in gaming but also in social media (eg Facebook’s social VR) and other sectors. In China, the industry is expected to top $1.5 billion this year.

Now You See Me Live launches in China