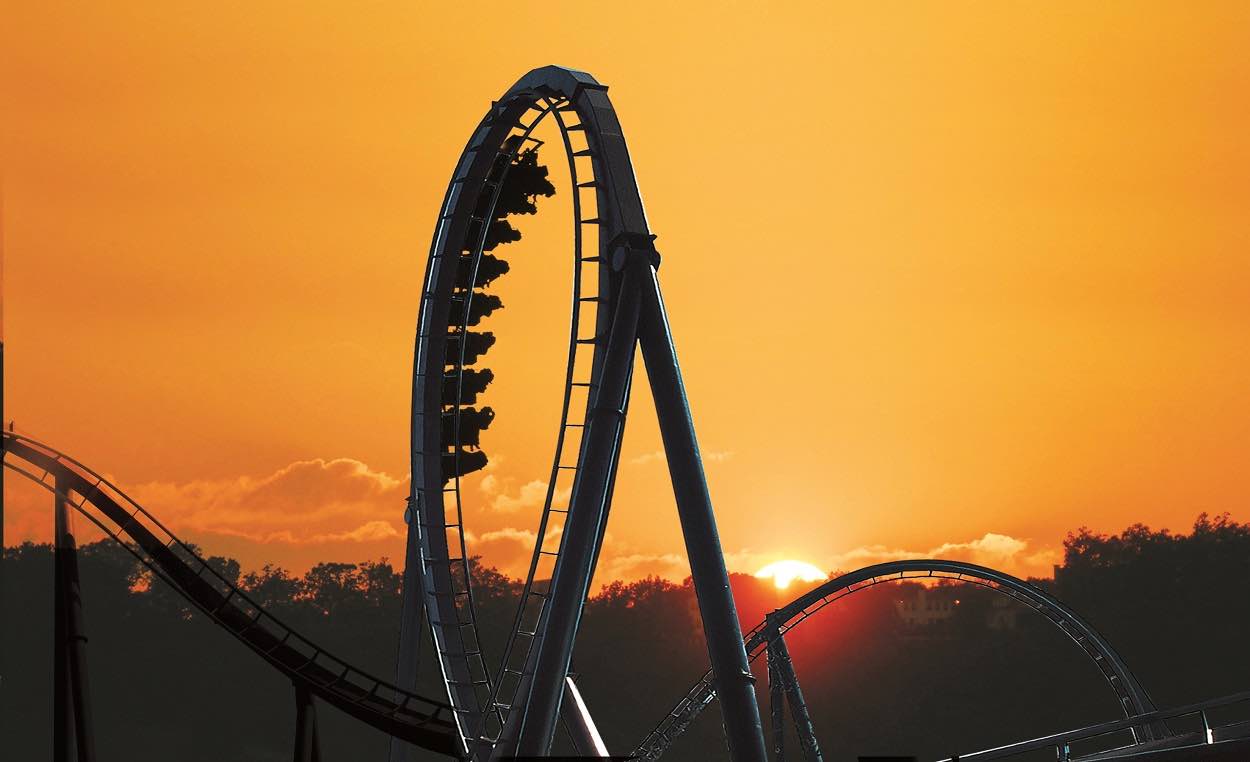 It’s that time of year again – teaser season. July is soon over, and that means theme parks and attractions will start revealing information about what is coming next year. The art of the tease continues for 2020.

As we begin the approach to August, I can’t help but get excited about this time of the year. This is not because the weather is hot, nor is it that just about every new ride for the season should be up and running, making it the perfect time to travel. It is the time when select parks and attractions begin to leak out fun ‘teasers’ and hints about what they have in store for us next year. 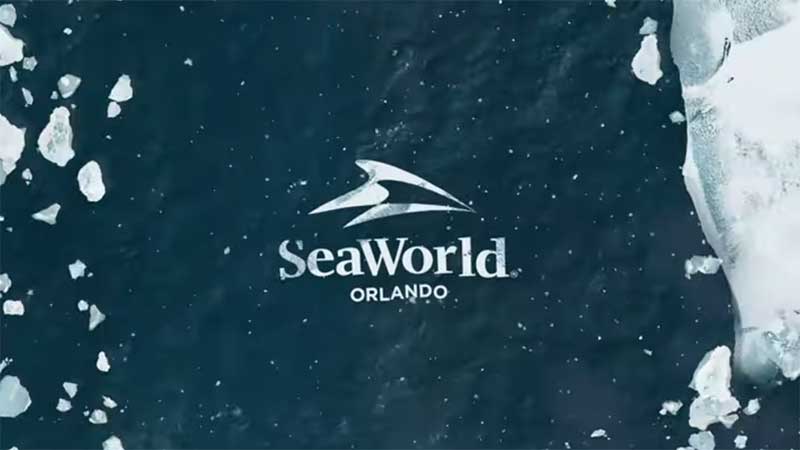 Not every theme park will do this. Some will simply wait until they are ready and then make an announcement. However, these days, aided through the power of social media’s electric “word of mouth”, many more attractions are starting to drop little clues about what they are up to next year, weeks before they are ready to make the official announcement.

I love a good mystery. And while I wrote about the benefits behind participation in ‘The Art of the Tease’ last year, I want to point out who else is getting involved with teaser season this year, and those who have already started to leave a breadcrumb trail.

Leading the charge this season, which comes as a bit of a surprise, is SeaWorld Entertainment. Their parks are currently teasing major new attractions coming to Busch Gardens Williamsburg, SeaWorld Orlando and SeaWorld San Antonio in 2020. The Williamsburg park has perhaps teased the most. Starting back in late June, they have posted a mystery series of roman numerals that translate into the date, 7/30/2019. This seems to indicate the date they plan to announce the project.

Implore Minerva, the goddess of wisdom & war, to guide you through the extreme journey #MMXX pic.twitter.com/PynrxgJOdG

Following this, for the past several weeks they have been posting a brief animation on their social media pages. These posts include text that references various Roman deities, including Pluto, Mercury, Minerva and Neptune. With the new coaster project already under construction near the park’s Apollo’s Chariot and the Roman Rapids, it sounds like the theme of their new ride will follow suit.

Meanwhile, SeaWorld Orlando and San Antonio have posted brief animated video teasers hinting at big thrills to come in 2020, with the Orlando park having one with a more frozen landscape while the Texas location implies a journey down to the darkest abyss at the bottom of the ocean.

Cryptic signs and pictures in the teaser season

Silver Dollar City has been posting teasers for weeks on social media with the hashtag #LostCaverns. And recently, they posted one with a date of “8/13/19”. Once again, this seems to indicate the big announcement date to look forward to. Meanwhile, inside the park, they have walled off the area around their “Lost River of the Ozarks” attraction. The new hashtag does seem to hint that something new and also “Lost” will replace it.

Frontier City is a new one to the game as well. Though I don’t believe they have posted anything to social media themselves, the park has placed a rather odd sign on the side of the building that encloses their Tumbleweed ride. It appears to be a jumble of letters, begging those who pass by the try and decipher it. 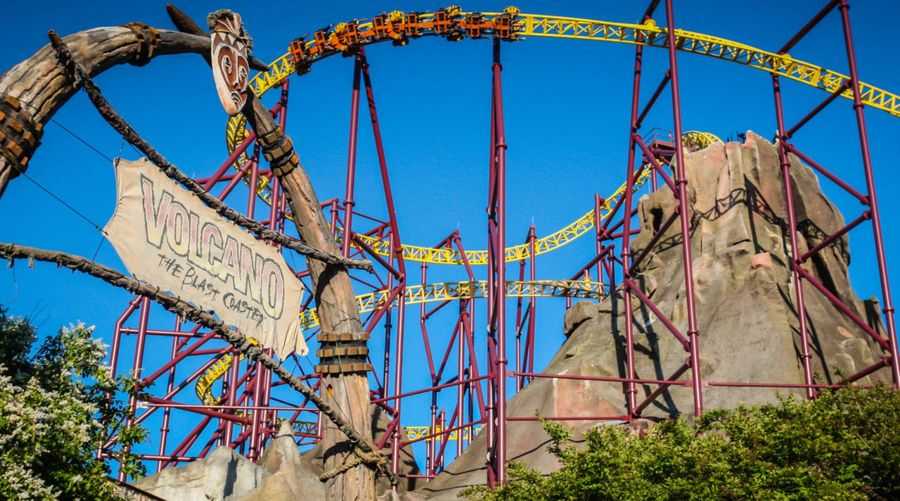 Shortly after Kings Dominion announced the unfortunate news that they would be removing their Volcano: The Blast Coaster attraction, a construction wall went up around the demolition site of the huge mountain structure that also included a strange picture. We haven’t seen any more clues to tie into this yet this teaser season. However, the picture on the wall appears to be an African landscape silhouette with animals and trees in the foreground. It also includes the text, “Expeditions on the Horizon” which implies something new is on the way.

The teaser season has just begun. Be sure to keep an eye on your favourite attraction’s social media pages over the coming weeks. You never know when they might drop a giant hint about something great to come. 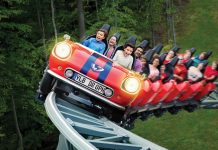 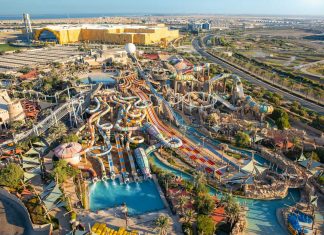