B&B audiences first experienced MMI’s MX4D Motion EFX Theatres last year in Shawnee (shown below) and Lee’s Summit, Kansas. By the end of the year, the theatres that put viewers right in the heart of the action were shattering all attendance records.

“After such tremendous success with our first two MX4D auditoriums, we are proud to roll out Tulsa, OK,” explains Brock Bagby, Executive Vice President of B&B Theatres.

The Tulsa metropolitan area has a population of over 980,000, so the new installation is expected to prove a big draw.

“Working with B&B has been not only a pleasure but an inspiration,” commented Heather Blair, Head of Cinema Sales for MMI. “Brock and his family are forward-thinkers and we are honoured to be a part of their theatre chain evolution. Their excitement for the cinema industry is unparalleled.” 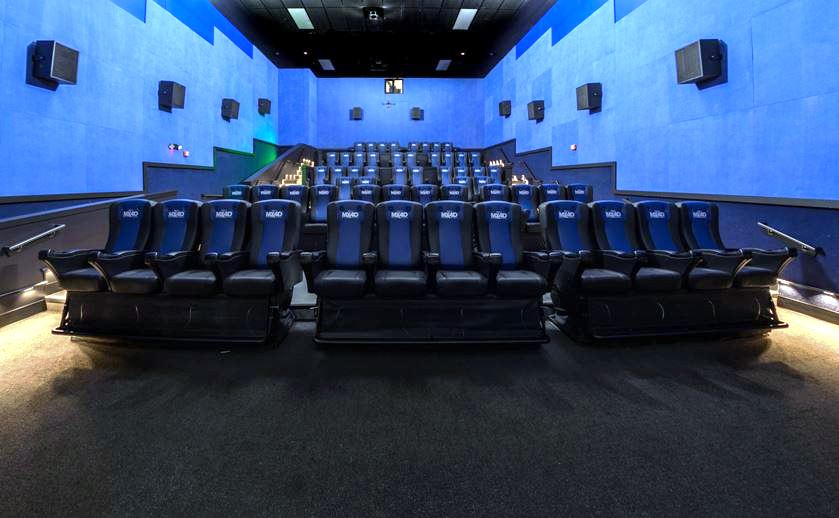 The MX4D system boasts a wide range of motion and special effects designed to enhance the onscreen action. These include water sprays, leg ticklers, scents are more.

“We are so impressed with MX4D that we have signed a 4th screen and are looking at other strategic screens in the future,” added Bagby.

Interactive technology specialist, MMI, has been operating for 25 years, providing innovative technological solutions to the Cinema and Themed Entertainment market. Last year, the company expanded into the ESports arena. A leader in the supply and manufacture of patented technology for 4D/5D Motion EFX theatres and seats, the company has completed over 300 installations worldwide.