Blippar’s Ambarish Mitra will present an Opening Address on augmented reality and artificial intelligence at February’s ISE 2019 event in Amsterdam. 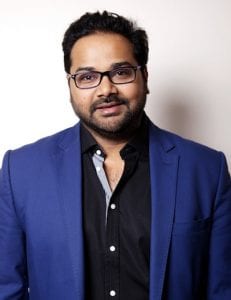 Addressing attendees on the eve of Integrated Systems Europe (ISE), the co-founder and CEO of Blippar will explore the disruptive impact of AR and artificial intelligence (AI) on AV and key verticals.

“Augmented reality is a horizontal disruptor and will have a positive impact on every industry,” says Mitra. “What we are seeing today is just a glimpse of the potential of this technology. Blippar is at the forefront of this and I look forward to sharing my vision with ISE attendees.”

Blippar’s stated mission is to enhance everyday life with augmented reality and computer vision – a field of artificial intelligence. Since 2011, it has helped thousands of brands, retailers and agencies use AR/AI to deepen customer engagement, drive footfall and increase sales. Leading brands that have used its technology include PepsiCo, Porsche, Nestlé, L’Oréal, GSK and Procter & Gamble.

Ambarish Mitra is a serial entrepreneur who started his tech career in 1997 as a high school drop-out. After founding a company focused on the empowerment of women in India, he moved to London a few years later. An active private investor in the fields of AR, AI, food tech and genomic, his work in the field of augmented reality has received wide acclaim. For three years running, Blippar has featured in CNBC’s global ‘Disruptor 50’ list –alongside the likes of Uber, Airbnb, Snapchat and Spotify.

The Opening Address takes place ahead of ISE 2019 at RAI Amsterdam on February 4, followed by the Opening Reception. Both events are free to attend.

Integrated Systems Europe is the world’s largest trade show for the professional AV and electronic systems industry, featuring over 1,300 exhibitors. More than 80,000 visitors are expected at the 2019 event, which runs from February 5 to 8.

To claim your free ticket, visit the ISE 2019 registration page and enter the invitation code 410314.