The $50 million venue, designed by Populous, will be the western hemisphere’s largest ground-up, purpose-built esports arena.

The project will create approximately 500 construction jobs. The development team estimates $1 million in economic benefit to the City and State in the first year of operation.

“We’re proud to break ground on this ambitious project that will usher in a new generation of fans and events to the Philadelphia Sports Complex,” said Dave Scott, Chairman and CEO, Comcast Spectacor. “Fusion Arena is a stunning addition to our development plan and partnership with The Cordish Companies, and exemplifies a strong belief in the future of esports.”

As well as esports, Fusion Arena will host various live entertainment and experiences. The 60,000-square-foot attraction will feature a 6,000-square-foot public entry with 2,000 square feet of interactive media surface.

There will also be a futuristic design throughout, seating for 3,500 guests, the Xfinity Training Center, two balcony bars, club seats with USB ports and exclusive suites. 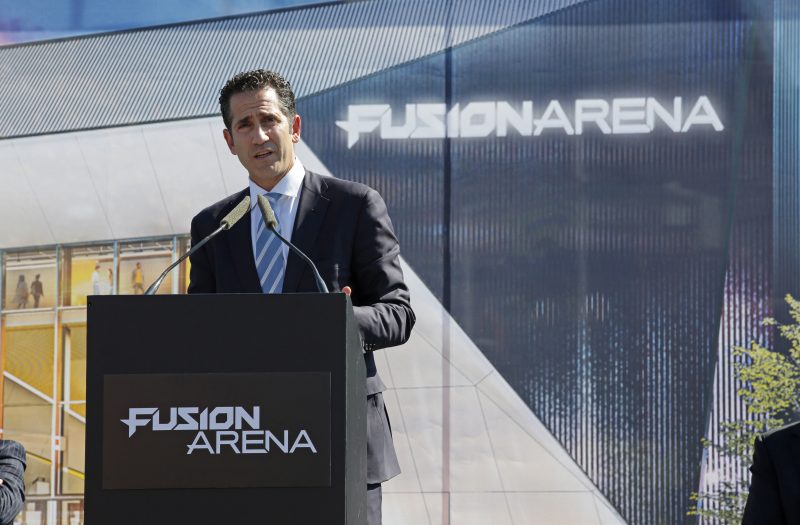 “Today’s celebration marks an important milestone for our partnership as the next phase of development commences adjacent to Xfinity Live! in the heart of the Philadelphia Sports Complex.

“Fusion Arena will debut as a state-of-the-art, world-class venue in an unparalleled location amid Philadelphia’s beloved professional sports teams.”

“The Fusion Arena is authentically designed for the city and the great fans of Philadelphia to celebrate their history while also looking ahead,” said Populous Senior Principal Brian Mirakian.

Fusion Arena will have a futuristic design throughout “The arena represents a watershed moment for the competitive gaming and live entertainment experience and serves is the prototype for future esports venues around the world.”

Fusion Arena will be home to the Philadelphia Fusion esports franchise.