The company behind the Geotourist GPS-based audio guide app and platform enjoyed recognition for its LGBT Denver Tour at the recent WTM (World Travel Market) in London.

During the International Travel & Tourism Awards presented at the show on November 6, the company took gold in the LGBT category. This was in recognition of a tour developed in the US with AARP, which wanted to putt Denver, Colorado, on the global map of LGBT-friendly destinations. Geotourist helped the non-profit organisation compile a tour that brought together the places and people who had shaped LGBT history within the US city. AARP also wanted to instigate greater social cohesion and inspire fitness and wellbeing by encouraging people to walk together.

The LGBT Denver Tour app also allowed visitors to discover the city at their own pace as the tours could be stopped and resumed at any time. Old stories were transferred onto a modern platform, enabling history to be preserved and retold for generations to come. The recording of these stories by a local person had never before been captured. Yet now people can listen from anywhere in the world. 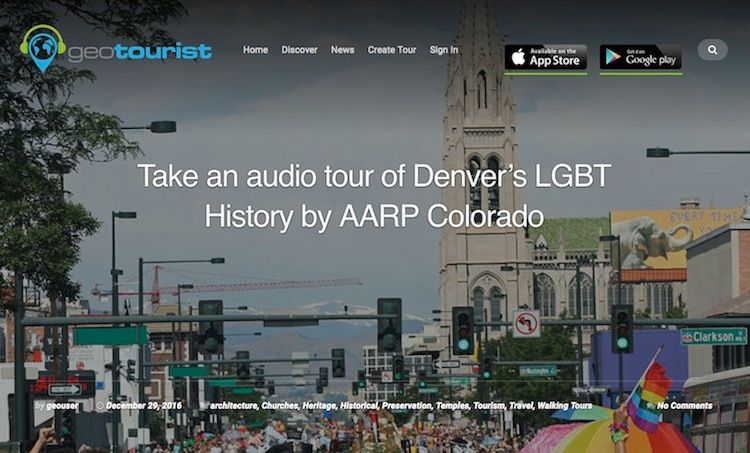 Free to download via Google Play or the Apple App Store, the tour was launched to a great reception. Initial expectations were that there would be a couple of hundred views of the tour. In fact, at the time of writing, there had been over 2,700 tour views. This was an incredible outcome as the total budget for the project was less than $5,000.

“We are overjoyed,” says Geotourist’s CEO, Sharon Talukder. “We that know that our partners have got amazing stories to tell. This is as much a win for us as it is for the narrator of the LGBT Denver tour and the community who listened and heard.”