Lionsgate has created a first-of-its-kind virtual reality advertisement powered by Unity Technologies for its next Saw horror movie, Jigsaw. 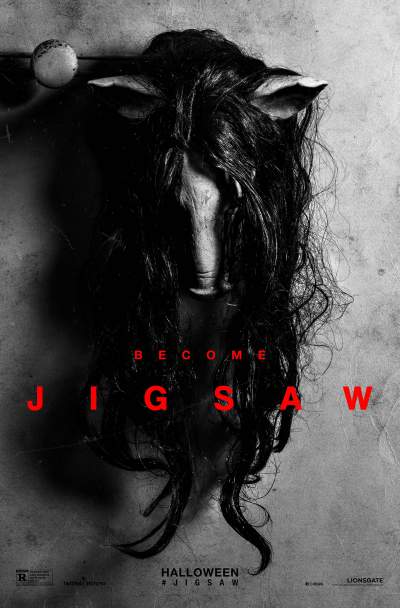 The Jigsaw Virtual Room features real props from the movie rendered in VR as well as a custom voice-over from Jigsaw actor, Tobin Bell.

Fans can even visit virtual ‘shrines’ to each of the eight films in the Saw franchise.

The Jigsaw Virtual Room aims to whet fans appetites by engaging them in an immersive VR experience complemented by mobile video across Unity’s vast ad platform. By running the movie trailer along with the Virtual Room, Lionsgate expects to reach millions of fans.

“The Jigsaw Virtual Room is just the beginning,” explains Julie Shumaker, VP of Advertiser Solutions at Unity. “Now that we’ve proven broad-reaching, deeply immersive ads are possible, we expect to see this trend continue with formats including VR, AR, 360 mobile video, and playables.”

An addded benefit of using the Unity platform is that the Jigsaw Virtual Room will also be distributed naturally within two VR apps: the Samsung Internet for VR app and Spiraloid’s Nanite Fulcrum.

Giving brands a new way to tell their story

Lionsgate debuted the Jigsaw VR ad content within a custom-built experiential ‘Escape Room’ installation at New York Comic-Con last week. An online launch is scheduled for later in the month ahead of the film’s cinema release this Halloween.

“Brands will have the opportunity to tell their story in a way that elicits emotional, memorable interactions,” adds Shumaker. “As the development platform with the highest reach in AR, VR, and mobile games, we are excited to see what marketers will do next.”