Virtuix, developer of the Omni virtual reality treadmill and VR Arena esports attraction, has announced the attraction will be available at Dave & Buster’s in Austin, Texas.

Virtuix is pleased to be bringing its VR Arena to this popular family location. VR Arena is an innovative attraction which allows players to run freely inside video games. Up to four gamers can compete in the full-body, immersive attraction at Dave & Buster’s in Austin, Texas, for a limited time.

“We are thrilled to bring VR Arena to Dave & Buster’s,” said Jan Goetgeluk, founder and CEO
of Virtuix. “We believe this exciting and active gaming experience will fit well with the venue’s audience.” 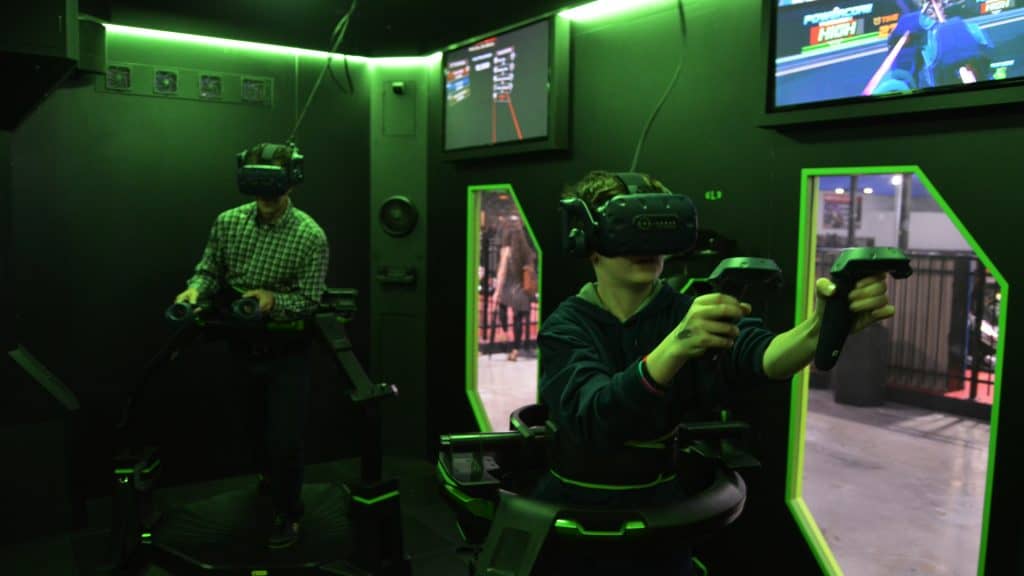 Players can collaborate with friends or compete against them, for a top spot on the leaderboard. There are four games to choose from, with more on the way. The VR Arena incorporates the Omni, Virtuix’s proprietary treadmill. This allows movement in 360 degrees, so players can walk and run within the virtual world while remaining stationary in reality. Because of this innovative system, players can move around vast environments, enabling free-roam VR within a compact attraction.

Groups of four players can compete or play together to beat enemies such as zombies and robots. The experience lasts 15 to 20 minutes. The queuing system allows guests to enjoy other Dave & Buster’s attractions while waiting for their turn, which is signified by an incoming text message. They can also share a video of their virtual exploits on social media afterwards.

Virtuix recently announced a successful first two months of operation for the VR Arena at its first location. The world’s first VR Arena installation is at Pinballz in Austin, Texas. Since opening in March 2019, the attraction has achieved a high repeat play rate. It has also earned $52,000 in revenue. VR Arena is an affordable and compact option for FECs looking for a new anchor attraction.