This immersive storytelling experience could be a prototype for the theme park of the future.

Evermore delivers a fully-immersive theatrical experience at a park-wide level. Other theme parks have only experimented with this at the land-wide level.

A new type of park

Evermore takes character immersion to every corner of the 11-acre park. It does this every operating day of the year.

“This kind of thing isn’t out there right now,” says Shipley, a former Disney Imagineer. “There are some experiential ad hocs in existing theme parks. Evermore is built for this exact purpose from the moment you enter until you exit. It’s kind of a new thing.”

The most obvious comparison is Westworld, the HBO series about a futuristic amusement park. “It’s kind of like that, but a little cleaner,” Shipley says.

The other comparison that Evermore hears the most? It sounds like a Renaissance fair or a Highland games. But the big difference is that year-round Evermore is permanent rather than temporary. The Old World village at the core of the Utah park features architectural pieces imported from Europe. However, the Renaissance fair idea isn’t lost on Evermore. The park has even explored the possibility of hosting a seasonal Ren Fair.

Evermore – choose your own adventure

For Shipley, the best comparison is the children’s books where the reader becomes the hero of the story and determines the outcome of the plot.

“It really is a choose your own adventure kind of night.”

Evermore invites visitors to become a knight, hunter or elf on a quest. The evening-long adventure takes place in a fantasy European hamlet. It emphasizes play and imagination. There are activities like archery and axe-throwing along with shows and music. But no traditional amusement park rides and attractions — yet. The emphasis is on interactive storytelling.

Members of the Evermore creative team took stock of the first full year of operation of the Salt Lake City, Utah theme park during a panel discussion at Comic-Con in San Diego.

“If we could, we would double that number,” Shipley says. “Just for the sake of being able to have the place come to life a bit more.”

Visitors are known as World Walkers. They leave behind the earthly world to step into the fantasy world of Evermore.

The Evermore characters include trolls, fairies and goblins. There are wandering minstrels, puppet dragons and even an executioner. Giggles the goofy ogre carries a parasol around the park as he chats with shocked first-time visitors. Evermore puts a heavy emphasis on character interaction.

The Evermorians never break character. They’re gleefully unaware of things from the outside world. For example, smartphones and aeroplanes. They engage in improv storytelling and playtime. An evening at Evermore is like a journey back in time to a simpler, carefree fantasy world.

The World Walkers can join the local guild, seek out adventure and get sent on a quest. They can change the course of the story unfolding in the park and become the hero of the day’s tale. 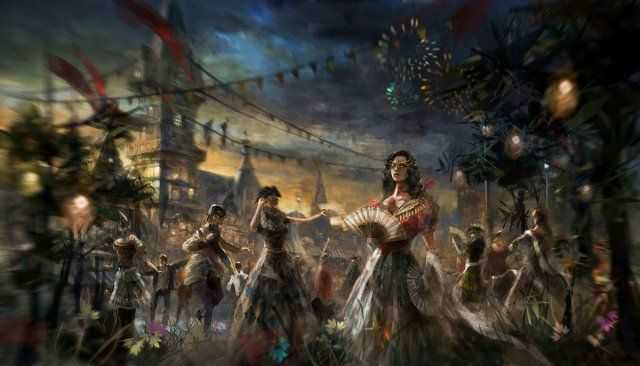 Cosplay is more commonplace at Evermore than at Comic-Con. Half the Evermore visitors are typically in costume. There are few restrictions, beyond masks and weapons.

“There are tons of people in costume who are not our actors because it’s a really fun place to get dressed up,” Shipley says.

In fact, so many people are in costume that the Evermore characters wear special identifying necklaces. This is to distinguish them from the visitors. Some regulars visit daily, establishing their own characters and interacting with the park’s actors. 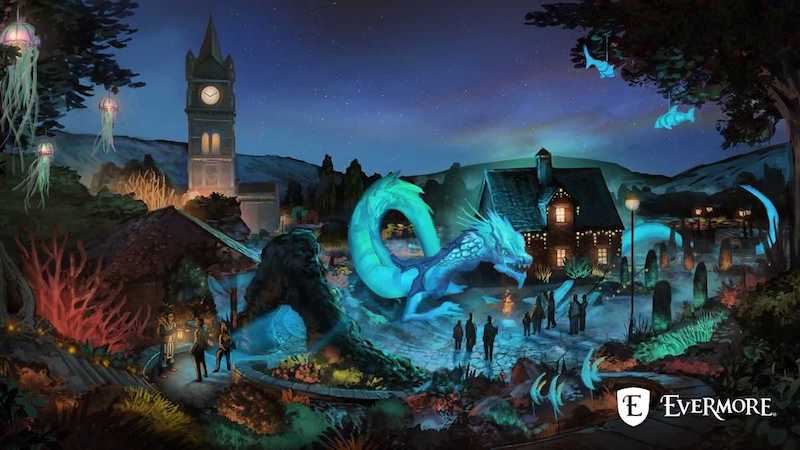 A group of visitors that calls themselves The Syndicate decode cypher messages throughout the park.

“When it first started happening, we were very nervous,” says Dave Powell, the director of Evermore’s armour and weapons department. “We didn’t know how that was going to change things.”

But the change was for the better, Powell says. The Syndicate helps newer visitors get acclimated to the unusual theme park and adds an organic layer of storytelling to Evermore.

Interacting with the park

It can be hard to become accustomed to Evermore when you first arrive at the park, Shipley says.

“It can take you a couple of hours to get up to speed and figure out how to do this place. You walk in and you’re a little overwhelmed,” Shipley says. “There are creatures. There are all these fantasy characters.”

But after a while, most visitors dive into the interactivity and play a role in the story.

“You start to figure out that you can just stop and say, ‘Hey, is there anything I can help with?’ or ‘What’s going on with that mayoral election?’” Shipley says. “As soon as you break out of that shell and you start to ask questions, then your night keeps going and going. Before you know it, the bells are chiming, the night’s over and you’re wondering how you didn’t get to join the guild.”

“The more that you get into it, the more of an adventure you have,” says Long, a former contestant on the “Face Off” special-effects makeup TV competition show. 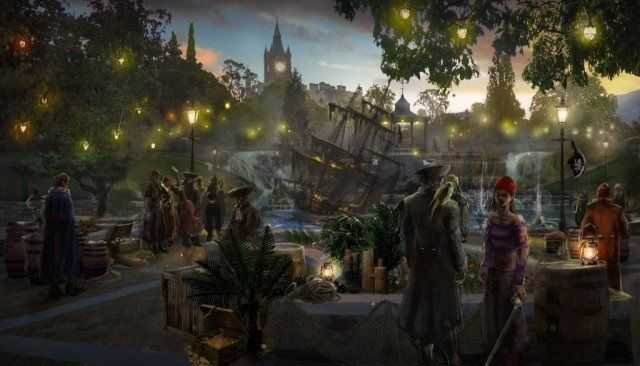 After a year, the Evermore creative team is still making adjustments to the park.

When Evermore opened in September 2018, the team had developed a loose script. However, there were a lot of unknowns. The team had never attempted an immersive and interactive improv performance on such a large scale.

It didn’t take long to realize the script wasn’t working. Visitors were adding to the story and coming up with their own plot twists. Shipley and the creative team gathered the actors and changed the plan on the fly. They would stick to the broad outline of the script, but adapt to the ever-evolving storyline. “We decided to embrace it,” Shipley says. “It just kept growing that way and now that is exactly how Evermore functions.”

Tracking the changes in the script can be difficult but fun. The ethos: Roll with it and see what happens. For the most part, the characters and the primary story arc have remained intact.

“We know some of the things that we started with and we know the characters that are there. We know where it needs to end up,” Shipley says. “And we also know that every single person coming in for an adventure has an idea of what they want to get out of this. Some of that we’re way willing to embrace. So the story is organic every single night.”

Evermore breaks the year into three seasons. These are themed after mythologies: Mythos (summer), Lore (fall) and Aurora (winter).

The current Lore season runs through Oct. 31. The Halloween-themed event is more of haunt experience with jump scares.

Evermore is open Friday and Saturday nights from 6-11 p.m. Family night is Monday from 6-10 p.m. The park extends dates and hours depending on the season and demand.