And now the family-run business hopes to develop two new facilities, one at Loch Lomond, the other in Scarborough. Here CEO Gordon Gibb discusses these plans, as well as ongoing development at the ‘mothership’ in North Yorkshire. 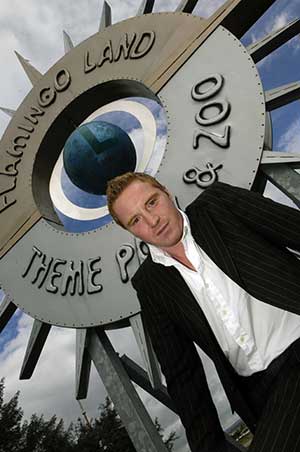 “We’ve just experienced three years of growth right across the board,” says Gibb, 42. Whether it’s attendance, turnover, or holiday homes sales, trade has been “particularly buoyant”.

According to VisitEngland, there were 1,610,556 visitors to the park in 2016, the last year for which figures are currently available. Blackpool Pleasure Beach, once the UK’s busiest park, no longer publishes attendance figures. Beating Flamingo Land are several Merlin Entertainments properties including Legoland Windsor, Alton Towers and Thorpe Park. Trailing with around a million each are fellow family-run parks Drayton Manor and Paultons. Gibb is proud to be holding his own against the might of Merlin. 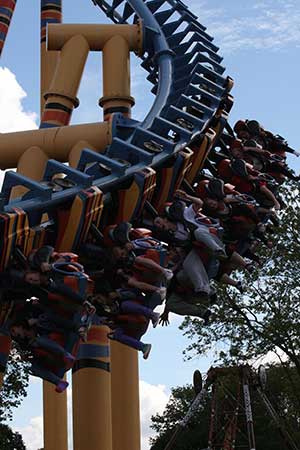 Though many come for its rides, Flamingo Land also boasts what is technically the country’s second most-visited zoo, behind Chester but ahead of ZSL London Zoo.

“The animal collection is my passion,” says Gibb. “It’s more rewarding than any of the commercial success we have had and complements the theme park well. There are no queues, no height restrictions, no reason to split the family group up. The zoo offers a welcome gear change to the visitor experience.”

Flamingo Land doesn’t buy or sell animals, says Gibb. “We only breed them if they are endangered in the wild, and/or part of an internationally co-ordinated endangered breeding programme.”

Animals may, however, be part of the offer at the planned development at Loch Lomond in Scotland, “if we can find the right programme to get involved with.”

There will be lodging too, but that’s where many of the similarities to Flamingo Land end. Whereas the planned Flamingo Land Coast project in Scarborough will be a brand extension filled with rides and attractions, the development on the southern shores of the Loch will be a quite a different beast. After viewing plans for the West Riverside site at Balloch during public consultations in November/December, local residents will now have a better idea of what the company is planning via its offshoot Iconic Leisure Developments.

Some may even have been won around after some very vocal opposition when it was first announced the theme park operator has been selected by Scottish Enterprise as the preferred developer of the 50-acre site in late 2016. Nevertheless it appears there’s still some way to go in transforming local opinion.

“Flamingo Land in North Yorkshire is a wonderful site but would that work here? No,” says project lead Andy Miller. “We want to use the wonderful benefits of this site, the ancient woodland, the magnificent views.”

“It’s closer to a Center Parcs model than Flamingo Land,” adds Gibb, “but that has been a difficult message to get across. When the local newspaper write a story they invariably mention Flamingo Land in the headline. They often put in a picture of a rollercoaster. That gives the wrong idea. All the information is there in the planning application, but many people do not read the finer detail.”

The accommodation-led offering will cater to holidays at different price points, from affordable family lodgings to 4-star plus offerings. “Most of the indoor activities will be swimming based,” says Gibb.

Other proposed attractions include adventure play, a monorail and a 100m-tall observation tower. In addition, there will woodland trails and a strong emphasis on nature conservation.

The Scottish born Flamingo Land boss lived close-by before the family relocated to North Yorkshire. “It’s beautiful,” he says. “As fantastic as the views are, they don’t entertain you long when you have young children. There needs to be more activities, especially when the weather’s bad, which it is often. And there definitely needs to be more affordable accommodation. At the moment, your choice in the area is limited to bed & breakfasts or the 5-Star Cameron House hotel.”

Miller, who was also born locally, will continue to guide the Loch Lomond development. Planning permission will be applied for in early 2018. No concrete timeline will be put on the project until the planning process is complete. A freehold has been secured on a further 14 acres for future potential phases.

Gibb says he will “go up there when needed,” but has no plans to relocate. “The mothership is Flamingo Land,” he confirms.

With the tag line “Wild Animals, Wilder Rides,” Flamingo Land Resort is located in the small village of Kirby Misperton, North Yorkshire. Gordon’s late father Robert Gibb bought the 375 acre (152 hectare) property in 1978, four years after it had expanded from its roots as a zoo. It enjoys a relatively rural setting, but one that gives it access to many tourists and day-trippers. The Yorkshire Dales are on the park’s doorstep, the East Coast just over 20 miles away. The historic city of York is just over half an hour away. The larger towns and cities of Leeds, Hull, Middlesbrough, Newcastle, Sheffield and Manchester are between one and two hours’ drive. 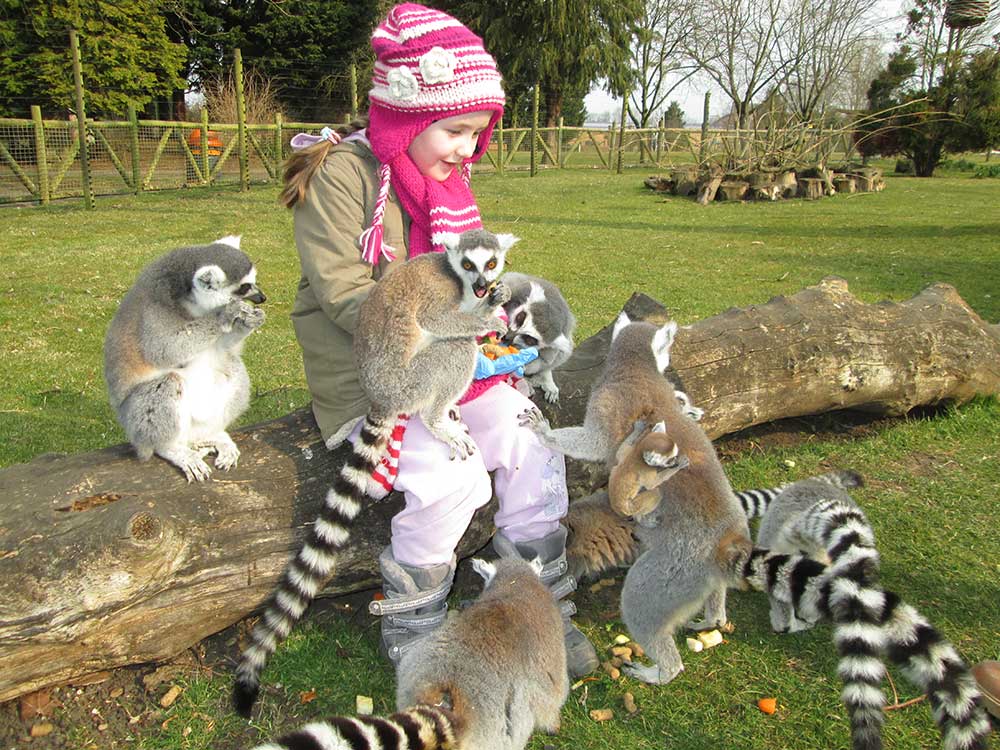 It is beside the seaside, in the North Yorkshire resort of Scarborough, that Flamingo Land is planning its other new venture. Here too, Gordon Gibb has history.

“The family home was in Scarborough,” he says. “It was Britain’s number one holiday destination in Victorian times. Admittedly the town has had its problems over the years, but it’s still beautiful and if you look at the overnight stays it’s doing amazingly well.”

A new park for Scarborough

The company is the preferred bidder for the former Futurist theatre site on Scarborough’s South Bay. Before the building can be demolished, the adjacent cliff needs stabilising. In its place, Gibb want to build a “predominantly indoor attraction” called Flamingo Land Coast. A big FEC or a mini theme park, it would join existing attractions in the town. These include the Sea Life Scarborough, the Luna Park fun fair and new Alpamare waterpark, which opened in 2016.

The project is still in its infancy, says Gibb. However, “it would be quite rewarding for me to do my bit for the town in which I grew up. It’s close to the mothership too, which always helps.”

Clearly the Flamingo Land boss believes in domestic tourism. “There are so many arguments for families not to holiday abroad at the moment,” he says. “With security checks at the airport, currency exchange rates that are so expensive for us now, civil and political unrest, international terrorism, why wouldn’t you believe in the great British holiday?”

Nevertheless, the first part of the 21st Century has seen several British amusement parks bite the dust. These include Scotland’s Loudon Castle, The American Adventure in Derbyshire, Camelot in Lancashire, Ocean Beach in North Wales and the original Dreamland operation in Margate, Kent.

Just last October, Pleasure Island in Cleethorpes, Lincolnshire, closed its gates for the final time. Once the sister park of Flamingo Land, it was run by Gordon Gibb’s sister Melanie Wood until its closure.

“We disposed of Pleasure Island back in 2010,” says Gibb. “I understand they have struggled since. I suspect that’s got more to do with what’s happened to the tourist trade in Cleethorpes and North East Lincolnshire generally rather than anything else.”

As a family-owned operation entertaining over one million annual guests, Flamingo Land is “one of the last of the dinosaurs,” he believes. “Privately owned parks used to the bedrock of the industry in the UK. But we have to face facts. We are now competing for the small share of the market after Merlin have had their slice. However, through hard work and making the right decisions at the right time, we’ve been able to outmanoeuvre a battleship.”

The relatively private amusement park man has also enjoyed an on-off relationship over the years with BALPPA, the British Association of Amusement Parks, Piers and Attractions.

“I was on the committee for a number of years,” he says. “I wasn’t particularity effective in the committee environment. At that time the association was paying for the services of a professional political lobbyist. I totally disagreed with that strategy. All the MPs I have been involved with would much prefer to engage directly with owners or operators than go through lobbyists.

“But the industry does need a strong association. There are many issues that need airing in the corridors of Westminster more than they are at the moment. I think everything was going great under [past chairman and Funland owner] Marshall Hill‘s tenure. He was passionate, sensible and down to earth; getting back into the guts of our industry.”

As Flamingo Land only launched its new attractions for last season in August, Gibb expects them to have novelty status for much of the 2018 season, which starts on March 24. Formula One is a family ride featuring replica race cars by Preston & Barbieri.

Meanwhile Peter Rabbit Adventure, which along with the zoo and indoor Splash Zone is open all winter, is a themed playground from Lappset Creative. Realised in partnership with brand owner Silvergate Media, it is the park’s first experiment with a licensed intellectual property (IP).

“Historically we’ve preferred to create our own brands, such as Children’s Planet. Although massive brands can act well as a driver, a well-executed new development which is a natural reflection of your park can do just the same without having the cost of a licence. So we’ll see how Peter Rabbit does. There’s a big new feature film coming out later this year, so it will be interesting to see if that generates any extra interest.”

But it is ‘real’ animals that are already a hit with many Flamingo Land guests. “We are a world leader in enclosure design,” says Gibb. “We always try to pass on the conservation message in an exciting and creative way. This is important for theme park customers who might not be as receptive to educational programmes.”

Penguins, hotels and the future for Flamingo Land

The zoo’s old penguin enclosure was recently the subject of a PHD study. This suggested the creation of a new exhibit for the birds. “It turns out penguins spend far more time on land than was previously thought. This is especially when visitors aren’t in the attraction,” says Gibb. “So we put in an equal amount of land and water. To alleviate quite particular zoo management issues with Bumblefoot, we’ve also got a variety of different types of natural surface for the penguins to walk on. That makes for a more happy and contented exhibit.” 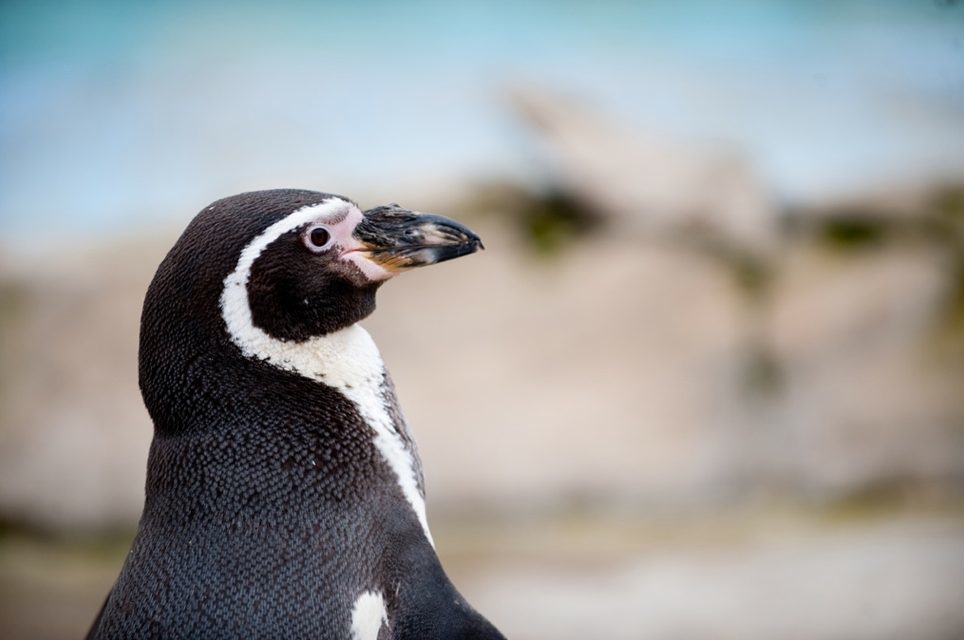 After a day at the park many families choose to stay at Flamingo Land holiday resort. Accommodation varies from camping facilities to lodges, cottages and self-catering farmhouses. A recent trial of a Snoozebox container hotel  indicated strong demand for a more permanent facility. Gibb is mulling over his options.

“We are still not sure if we have got a specific enough skillset to operate a fantastic hotel. And if we can’t do it to that level we won’t, because that would be short-changing our customers.”

In the meantime, there’s the accommodation offer and masterplan to finalise for the Loch Lomond project. Just don’t call it a theme park.

All images courtesy of Flamingo Land.