Walt Disney World has unveiled more about the new rides, attractions and restaurants launching at Epcot, which is currently undergoing an historic transformation.

The ride takes guests on a super-sized adventure aboard special trackless ride vehicles through Gusteau’s restaurant with Chef Remy. In addition, three new films will debut on January 17, 2020 at Epcot, the same day the Epcot International Festival of the Arts begins. ‘Canada Far and Wide in Circle-Vision 360’ in the Canada pavilion is an update to the ‘O Canada!’ film, with new scenes and a new musical score by composer Andrew Lockington.

Space 220 guests will feel like they’re dining above Earth 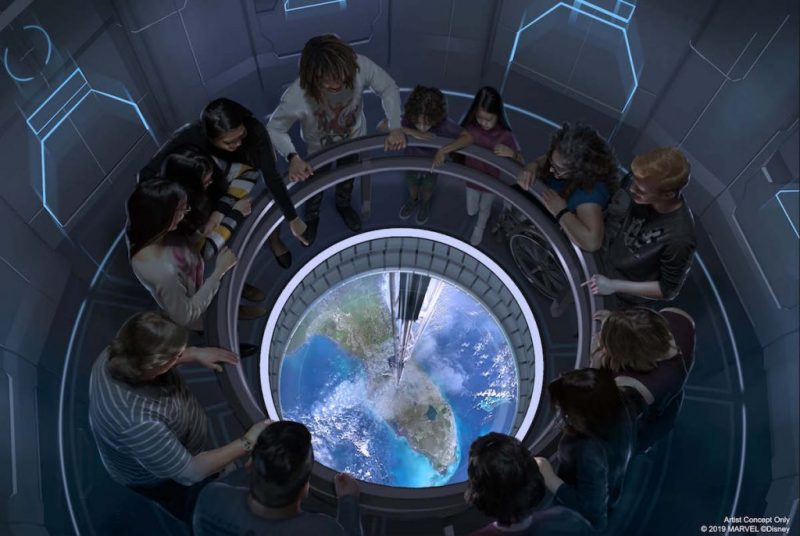 Space 220 is a new table-service restaurant, also debuting soon at Epcot, located next to Mission: SPACE. Guests will feel like they’re dining 220 miles above the Earth’s surface.

As they enter the space elevator at Space 220 for liftoff, visitors will ‘travel into space’ and dock next to the suspended Centauri Space Station.

When they arrive at the restaurant, guests will be taken to their seats via the grow zone – a spinning wall of produce that mimics Earth’s gravity and shows some of the ingredients used at Space 220.

Disney also unveiled more about the projects heading to Disney’s Hollywood Studios at Walt Disney World in 2020, including the opening date of Mickey & Minnie’s Runaway Railway.