Creator of the Cloud Coaster, Extreme Engineering, is to design and build the first roller coaster in North America to go through a Ferris wheel.

The company unveiled the ride at the IAAPA Attractions Expo.

The attraction has been commissioned for Quebec’s Mega Parc which is being reimagined as a Steampunk experience. Guests will be immersed in a surreal, 19th century world that will see steam-powered machines, factories and steel take over the park. 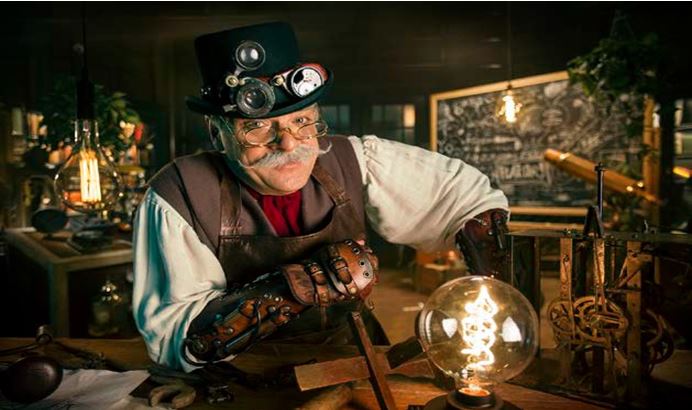 The park’s centrepiece will be the Cloud Coaster sending guests soaring through a hub-less Ferris wheel. Riders will start 60 feet above the ground and rocket across 405 linear feet of track. The coaster will swoop in and out of the wheel, providing a bird’s-eye view of the entire park.

According to Extreme Engineering, this particular coaster layout will include a new cart design, 2 lifts and travel at speeds of over 25mph. The attraction expects to handle over 120 riders per hour on a single rider format.

“We literally are making the unreal become a reality,” enthuses Matt Rehnstrom, VP of Sales with Extreme Engineering. “This doesn’t seem possible but, in fact, is quite the opposite.” 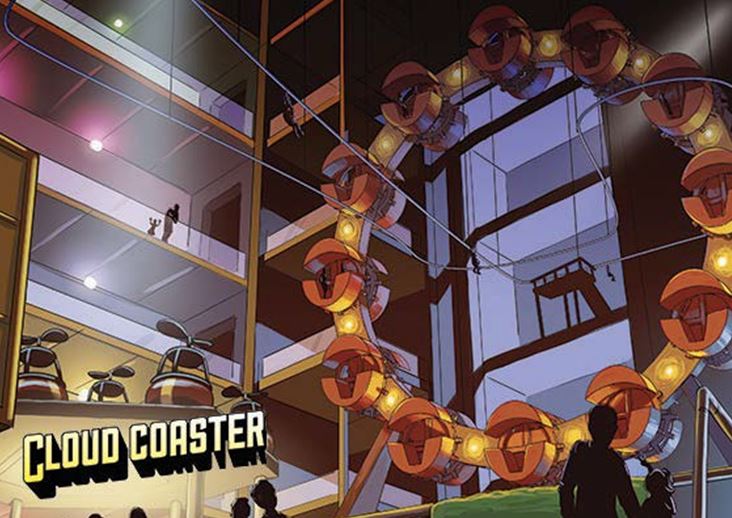 Mega Parc is believed to be investing $52 million on the revamp which will offer attractions for the whole family. The 30-year-old indoor amusement park is undergoing an infrastructure overhaul in preparation for the new rides. Aside from the coaster, the park is set to include the world’s largest indoor ice-skating rink along with 15 further attractions.

“Each attraction will look incredible, something you would expect to see right out of a world-class amusement park,” comments Phil Wilson, EVP of Extreme Engineering.

The work is expected to take around 18 months. In the meantime, mall shoppers will have access to a full line-up of temporary entertainment options.  More information can be found here.