Universal has revealed more about Super Nintendo World, set to open in spring 2020 at Universal Studios Japan, in time for the Tokyo Olympic Games.

He said the expansion will have rides, games, merchandise and F&B, and confirmed it will be coming to all Universal Parks over the next few years, bar Universal Studios Beijing.

Super Nintendo World will have rides, games and merch

Williams confirmed Super Nintendo World will have two rides – Super Mario Kart and Yoshi’s Adventure. There will also be themed areas based on Bowser’s Castle and Peach’s Castle.

“It’s a whole new separate area of the park,” said Williams. “It’s got food. It’s got merchandise. The first phase will have two rides, Super Mario Kart Ride as well as Yoshi’s Adventures.”

“It’s the best, and we’ve tested them all, and they’re killers,” he said. “It’s a great lineup. It takes it to the whole next level. It’s gonna redefine what a park experience is like. It really is special.” According to Williams, the attraction will also be interactive, with Nintendo-themed magnetic wristbands and possible Nintendo Switch integration.

“The wristband is super cool,” Williams said. “It’s all magnetic. You slap it at your wrist, and it just snaps on, and it won’t come off.

“You’ll be able to go up and keep score and play with the various games, and that also translates to a score-keeping capability if you choose to do so within the rides and it actually interfaces back with your game console.”

‘It’s gonna redefine what a park experience is like’ 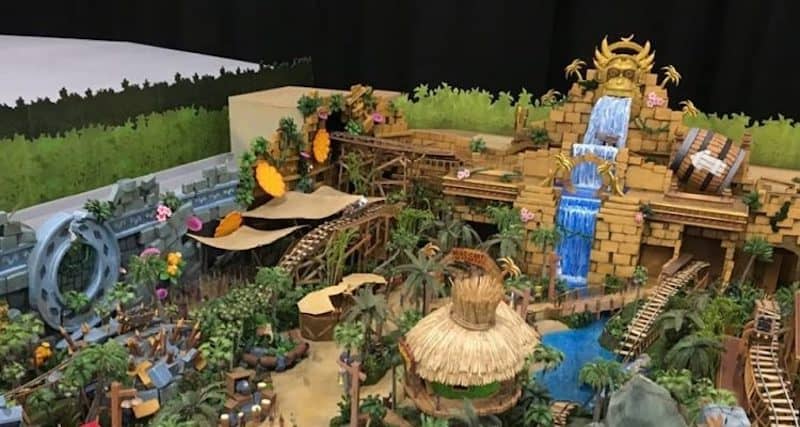 On the Super Nintendo World expansion at other Universal Parks, Williams assured fans “we are bringing it”. He added: “You can count on it.”