The Walt Disney Company has released a set of environmental goals for 2030 that focus on five areas.

Bob Chapek, CEO of The Walt Disney Company said “Disney has shown a strong commitment to the environment throughout its history and we’re excited to continue building on that legacy with new, ambitious environmental goals for 2030.”

He continued, saying “these goals focus on key areas of our business where we believe we can have a significant, lasting impact and make a positive difference in protecting our planet.”

The report outlines several goals for the global company that aims to reduce its impact on the environment.

The company will also invest in natural climate solutions and purchase or produce 100% zero-carbon electricity for all direct operations.

Disney already has several carbon-reducing projects in place at its theme parks.

Disney built a 50-megawatt solar facility at Walt Disney World, Orlando, in 2019. Set over 270 acres, this facility is expected to generate enough power each year for two of the four theme parks in Orlando.

At Disneyland Resort in California, the steam trains and the Mark Twain Riverboat run on biodiesel that is made from its recycled cooking oil.

Disneyland Paris is also building one of the largest solar canopy energy projects in Europe. This project will reduce its greenhouse gas emissions by more than 750 tonnes of CO2 per year. This will technically power 17% of the park each year.

All branded product textiles will contain either recycled, certified sustainably sourced content or made from lower-impact alternatives.

The report also states that Disney will aim to achieve zero-landfill waste at all wholly-Disney owned and operated parks and resorts.

Each live-action Disney feature film made since 2009 has had an Environmental Steward on set to put a recycling and reuse program into place on set.

Disney aims to reduce plastic across all Disney businesses. All single-use plastic straws and stirrers have been eliminated from owned and operated Disney locations around the world. This accounts for 175 million straws and 13 million stirrers each year.

All Disney cruise ships and hotel rooms are also bringing in refillable in-room amenities. This will reduce 80% of the plastic in guest hotel rooms.

The report also sets out a plan to make sure that all paper, wood and palm oil that is used in Disney-branded packaging and products comes from a certifies sustainable source.

Disney’s water consumption has been kept flat compared to a 2013 baseline. This has been achieved through conservation methods and repairing and upgrading infrastructure. The company also aims to use non-potable water whenever possible.

All new construction projects will be designed to near net-zero, the report states. They must also minimise water consumption as well as support zero-waste operations.

The Grand Central Creative Campus expansion in Glendale has a Platinum LEED certification. 12% of the building’s energy use is provided by a 460-kilowatt solar photovoltaic installation on the parking garage.

This report has been created based on science and through assessing where Disney’s operations have the most significant impact on the environment. 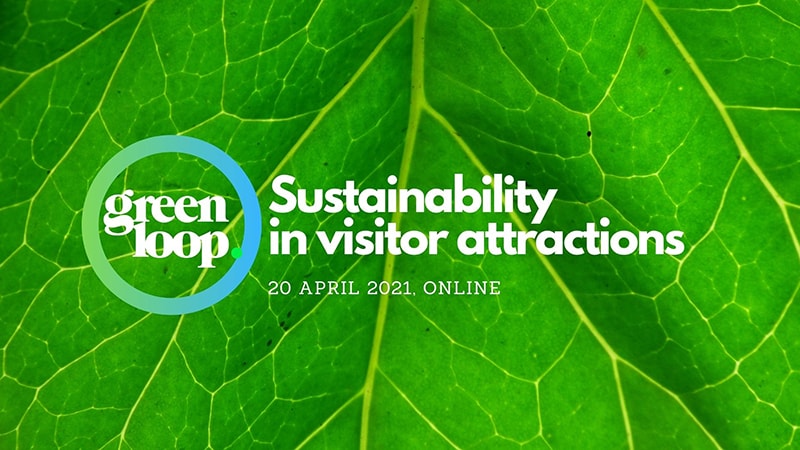 Save the date for greenloop, a new sustainability in visitor attractions conference. It will be held online on 20 April 2021.