ProSlide Technology Inc., an industry leader in water ride manufacturing and design, has announced that it is the exclusive water ride supplier for Rawae Co.’s new water park, CYAN, near the city of Jeddah. This will see the latest water ride technology coming to Saudi Arabia, and will be the second new ProSlide waterpark opening in the Kingdom in less than a year.

“We’re proud to bring the best water rides in the world to Saudi Arabia,” says Philip Baker, Vice President, Business Development MEA, ProSlide. “When CYAN water park opens this year, it will be in the same category as other internationally famous water parks like Disney, Universal, Six Flags, SeaWorld, and Siam Park.”

CYAN water park will be home to several of ProSlide’s award-winning rides, such as the TornadoWAVE 60, FlyingSAUCER, RallyRACER and Dueling RocketBLAST water rides, which between them have won the IAAPA Impact Award, multiple Brass Ring Awards and WWA Leading Edge Awards and will ensure that CYAN is a world-class water park.

Earlier this month, the company announced the launch of its new website, where customers can view its full product portfolio spanning over 30 years of innovation. The revamped site offers a user-friendly experience with improved functionality and navigation, allowing customers to explore the latest advancements in the water-ride sector. 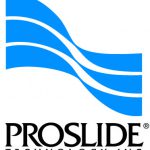