This latest mega-project by China’s Wanda Group is understood to be costing around $10.7 billion.

Reflecting the park’s botanical gardens theme, the standalone Wanda Xishuangbanna waterpark features an enormous Splashpad® – the largest Vortex Splashpad® to date in terms of area – and offers 140 interactive elements. Other attractions include a multi-level Elevations™ structure designed to appeal to as wide a range of local and international visitors as possible. The zero-depth splash pad creates a safe play environment for all age groups. Since then, the company has been actively driving expansion into the Chinese market and the entertainment sector. Vortex President and CEO, Stephen Hamelin, along with members of the management team, joined the Quebec delegation that accompanied Quebec Premier, Philippe Couillard, on an economic mission to China in January.

According to Hamelin, the trip was instrumental in brokering this latest agreement with Wanda:

“We’re thrilled to have the opportunity to work with the Wanda Group once again,” he confirmed. “This project will help Vortex consolidate its position as a key player in the entertainment field and expand its reach in the family-oriented aquatic play industry.” 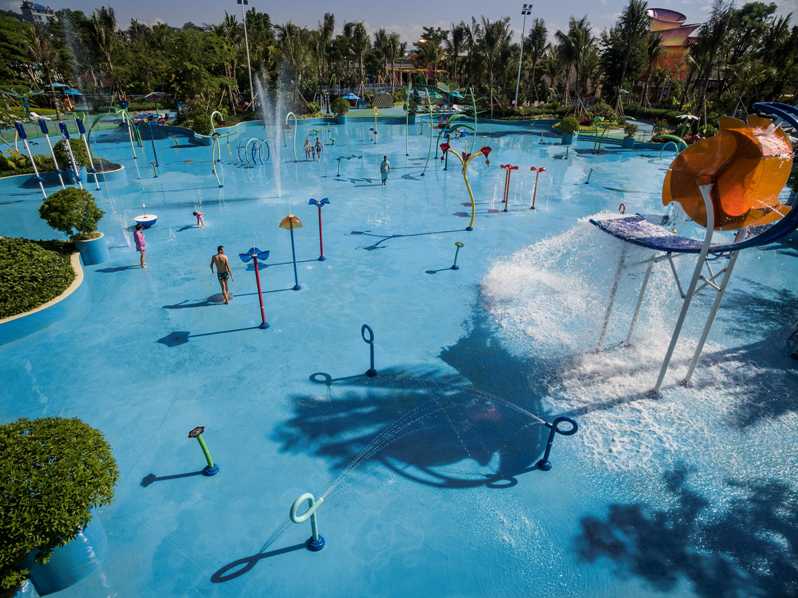 Founded in 1995, Vortex Aquatic Structures International is a world leader in aquatic play solutions, with over 7,000 installations in 45 countries. In 2015, the company acquired AquaBlue, a renowned designer and manufacturer of waterslides and water play equipment.

In 2017, and for the third year in a row, Vortex was named one of Canada’s fastest-growing companies on the PROFIT500 list.