When Kanopeo’s Speedrunner course proved a major hit at a new aerial adventure facility in Norway, the park’s Director of Marketing faced the dubious pleasure of eating his own headgear.

Before it opened, park manager, Robin von Braun, predicted 8000 visitors from June through to Christmas. Director of Marketing, Ole Kristian Hansejordet, was so convinced this prediction was pessimistic that he promised to eat his cap if the park achieved 10,000. In fact, it smashed both forecasts, attracting 12,000 visitors.

Thus, when Ole visited Trysil for a sales and marketing event in the middle of January, von Braun took his cap and gave it to the chef. The marketing director was understandably relieved when the chef produced a cake decorated with the cap. 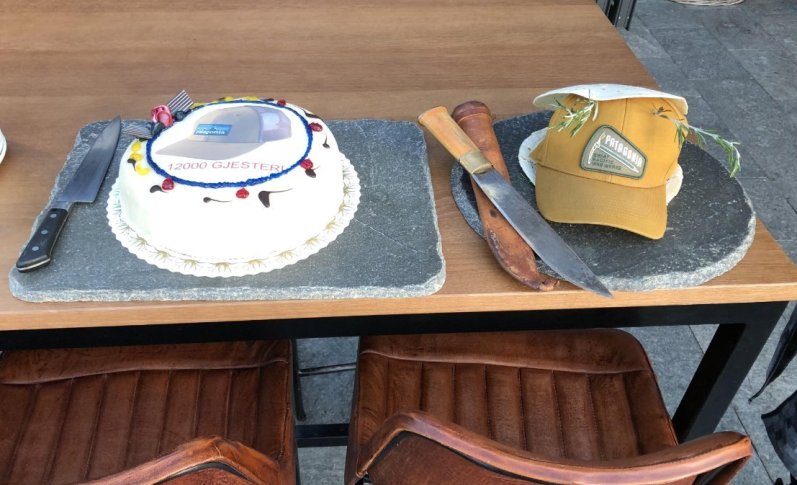 He adds that the combination of fun obstacles and zip lines has proved a major hit with visitors. In fact, increased demand for zip lines has prompted the company to consider installing more at its facilities.

The moral of the story, according to Ole Kristian, is to “set high goals, work hard and deliver exceptional services that exceed customer expectation.” He jokes that he might keep his big mouth closed in the future, although if he fails and makes another challenge? “I’ll eat my cap … again,” he says. 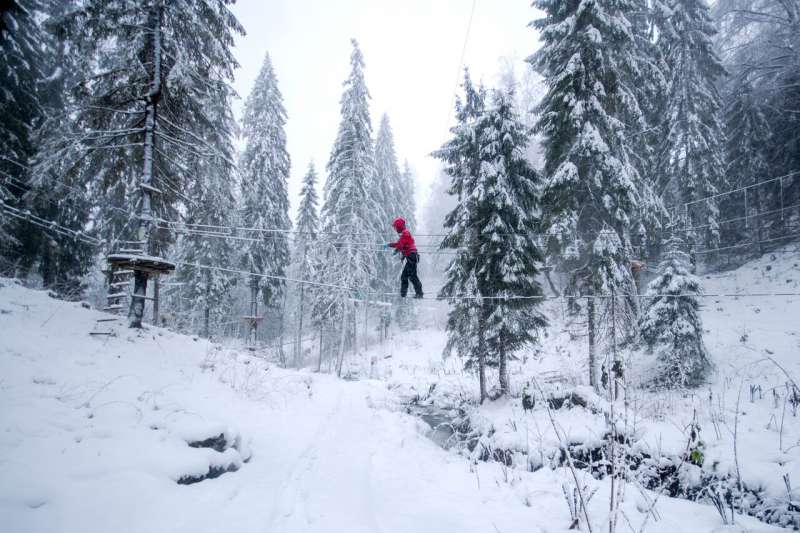 Kanopeo is a leading developer of continuous belay systems. The company’s Saferoller® and Speedrunner® systems continue to evolve, offering solutions that are lighter, safer and more technologically advanced. Kanopeo systems are currently installed in over 400 parks worldwide. The company offers a one-stop solution for designing and building the ultimate aerial adventure park.