The SEA LIFE Trust has announced that Little Grey and Little White have taken their first swim in the open water beluga whale sanctuary in Iceland.

The SEA LIFE Trust is pleased to announce that Litte Grey and Little White are settling in well to their new home, after arriving at the new sea sanctuary care area at Klettsvik Bay in Iceland last month. For the first time, under careful supervision by the expert care tea, the two beluga whales explored their new surroundings, located off the island of Heimaey, one of the Westman Islands.

Little Grey and Little White have been in bayside care pools since August, and this initial swim is the first step of the specially designed welfare programme, which will see the pair being introduced gradually into the larger sanctuary.

The welfare programme, Little Steps, allows for the wales to be introduced to the 32,000 sqm bay for short periods of time, to begin with, while their wellbeing is closely monitored. The bay itself has a depth of up to 10m and is equivalent of the size of 17 tennis courts.

Back to natural surroundings

Andy Bool, Head of SEA LIFE Trust, says: “We’re absolutely thrilled by the progress that Little Grey and Little White have made since moving to their bayside care pools. They are feeding and acclimatising well to the more natural surroundings as well as all of the outdoor elements.

“We are introducing them gradually to the bay in little steps, but seeing them swim together and deep dive amongst the flora and fauna of the wider bay for the first time was amazing to witness and gave us a real sense that Little Grey and Little White are enjoying being back in the sea.”

This new Beluga Whale Sanctuary is operated by the SEA LIFE Trust and is the first of its kind. The facility was created with the support of a generous donation from Merlin Entertainments. The project is one of the biggest developments in captive whale and dolphin care and protection in decades and was created in partnership with Whale and Dolphin Conservation (WDC).

Cathy Williamson, WDC’s End Captivity programme lead says: “We’re delighted that Little Grey and Little White are now exploring the wider bay and adapting well to their new, natural, stimulating environment. WDC has been on this journey with Merlin Entertainments and the SEA LIFE Trust from the beginning and we are truly honoured to be a partner to the world’s first whale sanctuary.

“As well as providing an exciting home for Little Grey and Little White, we look forward to welcoming other belugas here and encouraging the development of sanctuaries in other parts of the world.

“We hope this will mean that many of the more than 3,500 whales and dolphins held in captivity for shows and swim with attractions can be brought to sanctuaries to live more natural lives or be rehabilitated for a return to the wild. As the documentary will reveal, many people have worked very hard to make the sanctuary a reality and take the first bold steps to helping bring about an end to the keeping of whales and dolphins in captivity for human entertainment.”

The story of Little White and Little Grey’s journey, which began in Spring 2019 as they travelled 6,000 miles from an aquarium in China, will be told in a two-part documentary this October, which will be shown on ITV and will feature comedian and animal lover John Bishop.

Join the blooloop V-Expo Run to support the SEALIFE Trust 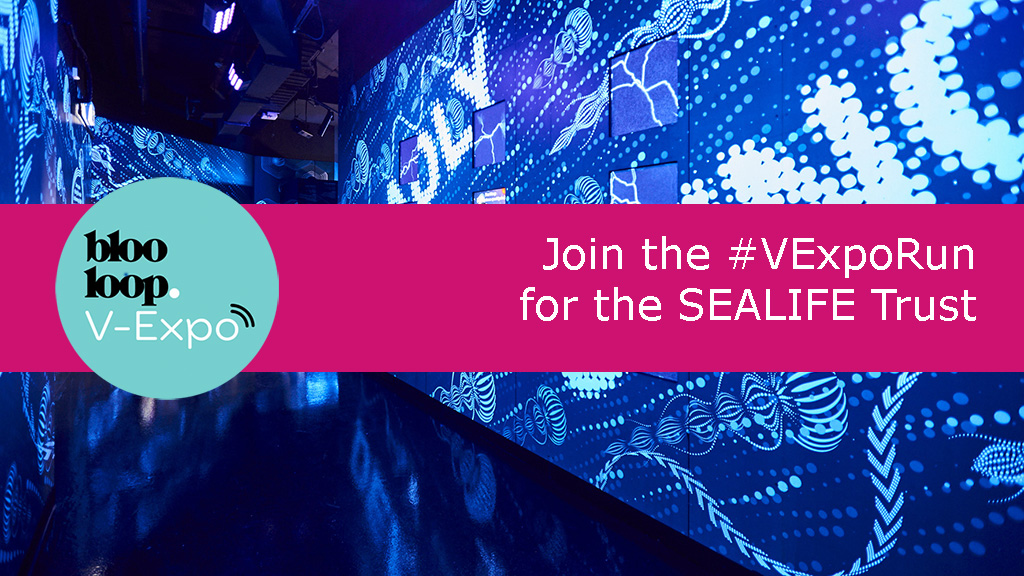 Blooloop is holding a virtual run to support the SEA LIFE Trust as part of the blooloop V-Expo, the online conference and exhibition for the global visitor attractions industry.

We will announce the top three male and female runners, and the total amount we have raised for the SEA LIFE Trust, at the blooloop V-Expo. There’s even be a special category for those who run with their dogs (or other pets).

Find out more about the blooloop V-Expo Run here.