The Shark Trust is seeking hosts for a tour of a Carbon Mako shark made from recycled parts of Formula 1 cars to promote shark conservation.

Engineer and former F1 mechanic Alastair Gibson is the sculptor behind the Carbon Mako.

It will travel around the world for 18 months, before being auctioned off.

The Carbon Mako Mako is shaped from lightweight carbon fibre. It’s also adorned with a selection of recycled parts from Formula 1 cars.

The aim of the project is to expand the conversation about sharks and the oceans. The sculpture hopes to encourage the audience to look at nature and evolution from a different perspective. It also hopes that viewers will see the beauty of sharks away from the stereotype.

The sculptor, Alastair Gibson, has had his work exhibited world-wide. His sculptures have been purchased by collectors in North America, Europe, Asia, Australia, Middle East and also South Africa. Alastair’s work can be viewed in galleries in the UK, the United States, Europe, Russia, Dubai and South Africa.

Gibson said: “If I can in a little, little way influence what people do with the ocean, what people think. And try and look at it through my love for sharks then it would be a great thing to play my part.”

The Trust is seeking venues to host the Carbon Mako. The sculpture comes with a display case, self supporting backdrop and a video. There is no charge for hosting aside from associated costs. The Trust is hoping to reach an audience that may not otherwise be interested in shark conservation.

The Shark Trust is dedicated to safeguarding the future of global shark populations. Paul Cox, Managing Director of the Shark Trust, told Blooloop in 2017: “we need to talk about their role and how important they are to the ecosystem. We also need to talk about how they make us feel in their domain. Maybe we have to be a bit more emotional about it.” 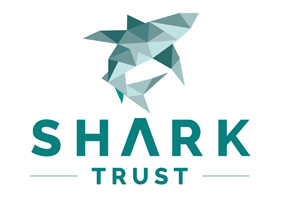 The Shark Trust
Enjoying this article? Leave a comment