Bompas & Parr, the creative team working at the cutting edge of food, drink and experience design, held an event to release their Imminent Future of Food report 2020 at Samsung KX.

This is the third year of Bompas & Parr’s Future of Food report. As Sam Bompas explained, this report is the team “speculating spectacularly on what will happen” this year. It involves the team trusting their guts and making the future. This ensures that the company is always doing something different.

Alex Hope, Creative Strategist at Bompas & Parr, then took us through the six new trends of the year.

The report begins by discussing what will happen to the way we eat if we have brain implants. Bompas & Parr believe that this would allow for a greater innovation in flavour through the implant. You could eat a plain bowl of rice, but the flavour would be transformed through your transplant. Practically, this could encourage more people to drink water, as it could be made to taste like lemonade. Brand transparency is on the rise, and this will cross over into food transparency. The consumer’s desire for authenticity and honesty will create immersive dining experiences.  Diners will be able to experience the entire process involved in making their food. They will watch their plates being made and learn about butter churning, before eating their meal.

In an age where taking a picture of your meal before you eat it is popular, it is logical that the next step is tablescaping. This is a process of laying the table to fit a chosen theme. You could soon find yourself sitting down to eat seafood with a fish tank in the middle of the table. 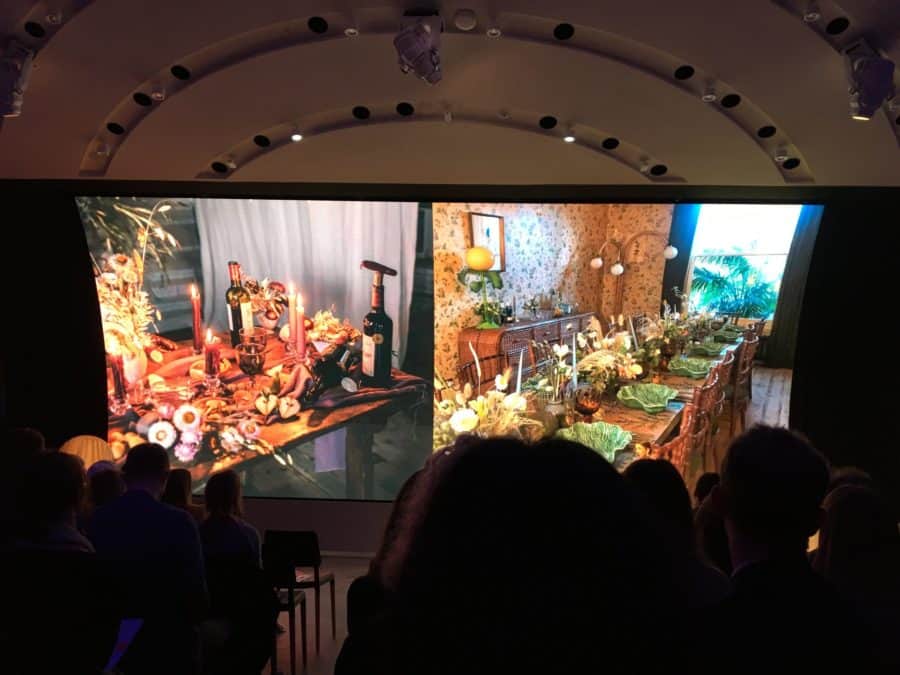 Eating cheese before bed will give you nightmares. That’s what we’ve always been told. Eating before sleep increases your metabolism, which in turn increases your brain activity, making you more likely to dream. So perhaps certain foods will cause certain types of dreams? Look out for supermarkets selling dream-inducing snacks in the future.

Most of our lives are recorded through the data collected by our phones and smartwatches. This data could be used to personalise our diets. Your smartwatch would track your heart rate after eating, learning what is best for your body. In the future, say goodbye to fad diets.

The event closed with a bang…or more accurately, a magnet. In a world-first, Bompas & Parr revealed a magnetic meringue. After realising that a magnet can pull bran flakes through water, the company extracted the iron from bran flakes and added them to a meringue mix. The result? A tasty meringue that can be summoned with the help of a magnet. 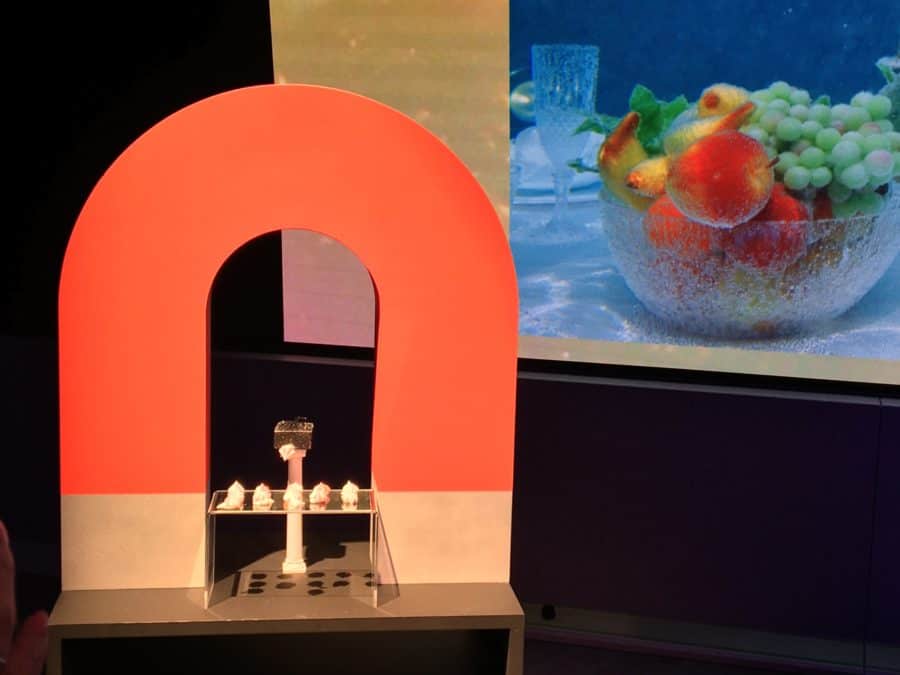 “We have produced trend reports in the past, and we have seen some of them come to life, so fingers crossed”. These closing remarks by Alex Hope left everyone feeling enthusiastic for the future of food. Attendees left the event wondering what their next dream would be about after being given a ’40 Wheys and 40 Nights’ dreaming tonic. Hopefully, no one will have nightmares about gut bacteria food.

Bompas & Parr recently spoke at the BlooloopLIVE conference in December. They took us to lunch with a bang, covering the front rows in whiskey-soaked ping pong balls.