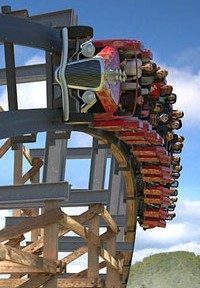 Dollywood recently announced the addition of the $22 million Lightening Rod wooden roller coaster, scheduled to open in 2016. The press release announced that the “world’s fastest wood coaster and the world’s first launching wood coaster” would be arriving soon.

This particular release had me wondering about the other expansions Dollywood has gone through over the years and how this $22 million compared with the other additions and I produced the table below.

FYI, the official website for Dollywood made generating this data was a dream. Not only does this site offer the following material, “Theme Park Expansion” (http://bit.ly/1Jvn8cF), but with the fact sheets and press releases I was able to fill in the missing data.

Click on the table below to view a larger version: