The Adirondack Public Observatory has planned a domed building which will house a research telescope and a 12,000 square foot Astro-Science Center museum.

The Adirondack Public Observatory received a $70,000 grant from New York State DEC and the town of Tupper Lake in 2016. The money was used to hire Envision Architects, out of Albany, NY to help design the two buildings. The Astro-Science Center will include a classroom, exhibit hall, archival museum, lecture hall, and planetarium. 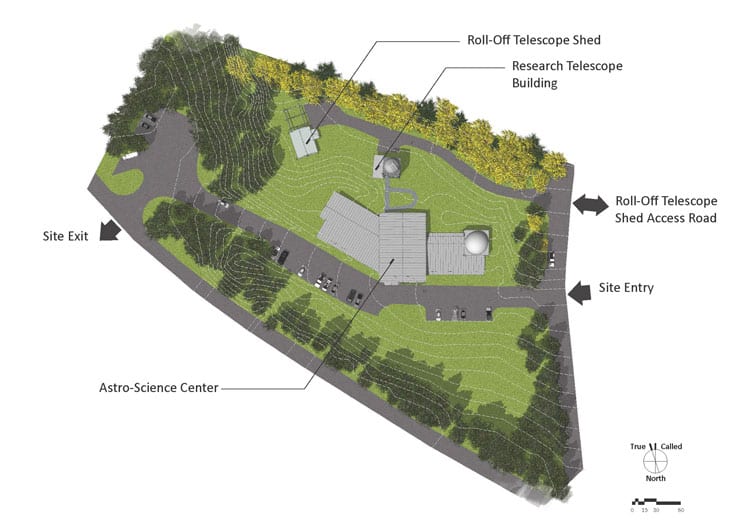 There is a video fly-by of their proposed design.

The observatory has so far raised $1.2 million. This has come from grants and donations. $300,000 came from two different state grants, and most of the rest from independent donors.

The Astro-science Center is part two of a three-part plan. The first being the roll-off roof observatory with four mounted telescopes, and the third being a research-grade telescope, which would sit behind the main building.

Adirondack Daily Enterprise reports that village Mayor Paul Maroun said, “Space … the final frontier. The people of Tupper Lake, and their friends, and our friends in Albany and in Washington are helping us to go boldly where no person has gone before.”

In 2016, the nearby Adirondack Museum began raising funds to revitalize a number of its exhibits and expand visitor experiences