The British Museum and Samsung have renewed their partnership on the Samsung Digital Discovery Centre (SDDC) for another five years, also revealing their refurbishment plans.

The SDDC, based at the British Museum, was created to provide a state-of-the-art technological hub for children and young people to learn about and interact with the museum’s collection.

As part of the new agreement, the museum’s SDDC will undergo a major refit, with plans to increase the number of schools and families who engage with the SDDC, both at the museum and online.

This year, the centre welcomed its highest ever number of guests, with 25,000 school children and families using the SDDC.

A full upgrade to the latest Samsung technologies Since it opened in 2009, 144,000 have visited the space to take part in a wide variety of activities, including workshops, family drop-ins, and facilitated school visits.

It provides the largest programme of digital learning activities in any UK museum, and sessions include ‘Roman Britain Treasure Challenge’ and ‘Code the Rosetta Stone’.

The SDDC hopes to increase the number of families visiting the SDDC by 25% by 2024. This will be achieved, in part, by providing an expanded programme of events for children under the age of five, as well as self-led tours for schools.

This September, the SDDC will reopen after a refurbishment which will include a full upgrade to the latest Samsung technologies.

Schools that aren’t able to travel to London can enjoy the educational benefits of the SDDC via the Virtual Visit programme, where experts at the British Museum run a learning session via a two-way livestream direct to school classrooms.

The programme will be expanded to accommodate more than double the number of students taking part each year.

“An award-winning hub for digital learning” 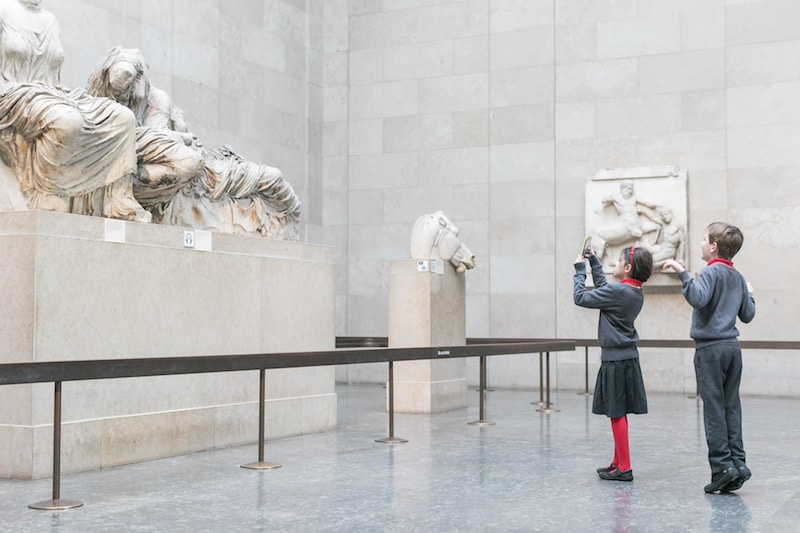 Hartwig Fischer, Director of the British Museum, said: “Thanks to the generous support of Samsung, the Samsung Digital Discovery Centre at the British Museum has become a centre of excellence in digital learning that is the largest of its kind in the UK.

“We are delighted that more children and young people than ever before are enjoying all the SDDC has to offer, and the extension of the partnership between Samsung and the Museum for another five years demonstrates that we are committed to see those numbers increase further.”

Francis Chun, President & CEO of Samsung Electronics UK & Ireland, added: “Our work together to create an award-winning hub for digital learning is a source of real pride for Samsung.

“We look forward to continuing to use technology to make the British Museum even more special for young people and making this experience accessible to more people than ever before.”

The Samsung Digital Discovery Centre at the British Museum will close for refurbishment on July 28 and reopen in September 2019.