DesignPM, the museum and arts project management specialist, has announced the appointment of two new directors, Robin Rochford and Dominic Sore, building on its recent and rapid growth. Despite the challenges presented by COVID-19, DesignPM has expanded its permanent team from three staff to twenty over the last eight months, including Rochford and Sore coming on board.

Both new directors have strong backgrounds as consultants, contractors and clients on major museum, cultural and arts projects, both in the UK and around the world, allowing them to bring a unique perspective to clients’ projects, and between them have been working in the sector for 48 years.

Since joining Managing Director Chris Cawte in leading DesignPM, Rochford and Sore have already worked to increase the company’s reach and its team.

DesignPM was founded in 2006 by Cawte, who saw a need for specialist project management in a changing museum sector. During the 15 years since its inception, the company has overseen a number of key attractions that have transformed the profile of cities such as Dublin and Belfast, namely the Guinness Storehouse and the early stages of Titanic Belfast.

The company has also delivered new museums and exhibitions in the Middle East, including the Sheikh Abdullah Al Salem Cultural Centre in Kuwait, which was at the time the largest cultural project in the world. It has also worked on Desert X AlUla, the first site-specific contemporary art exhibition in the Arabian desert, in Saudi Arabia.

The team is made up of twenty museum, arts and cultural sector professionals, with a wide range of experience across design, interpretation, cost planning and construction, and experience at leading UK museums.

“Since I started working in this sector over 30 years ago, the industry has become increasingly specialised and visitor expectations have continued to rise,” says Cawte. “Delivering successful exhibitions demands a blend of specialist knowledge. Our team’s varied experience provides our clients with the support they need to make their vision a reality.”

“Chris and I first crossed paths in the early 2000s and have collaborated on major projects over the past decade,” says Sore.

“Between us, we covered the feasibility, design and implementation of Titanic Belfast. To be asked to join DPM and work with the many talented individuals that have and will join is incredibly exciting. We look forward to meeting old and new friends at our offices in London, Leicester and Abu Dhabi over the coming months.”

Rochford adds: “This has been a remarkable time to become a director and grow a company. DPM were already well versed in remote and flexible working. And we have been able to leverage that knowledge to bring together a great team that I’m thrilled to be part of. A mixed remote and in-person approach will continue to be crucial to the future of work, and I’m looking forward to making the most of its potential for DPM and for our clients.

DesignPM is also backed by parent company, Chargeurs, a French company with a long history of investing internationally, which is committed to developing its work in the creative and cultural sector. Chargeurs’ backing, alongside the company’s expanded team, means that it is well placed to face the post-pandemic future. 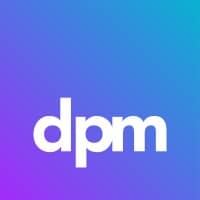