The 50th anniversary of the Apollo 11 mission which first landed a man on the moon, will take place in 2019. Yesterday the non-profit Space Center launched a crowdfunding campaign called The Webster Challenge: Restore Historic Mission Control.

The aim is to restore the landmark for future generations and to keep the history of the Apollo era of space exploration alive.

“Help us keep history alive for future generations and inspire people of all ages through the wonders of space exploration,” said William T. Harris, president and CEO of the Manned Space Flight Education Foundation and Space Center Houston. He is calling on people to donate through Kickstarter, to “help restore Mission Control and preserve this National Historic Landmark, which changed the course of human history.”

Five distinct yet interrelated areas make up Mission Control. The Historic Mission Operations Control Room housed flight controllers. Then there’s the summary display projection room which was dubbed the “Bat Cave”. The other rooms involved are the Simulation Control Room, the Recovery Control Room, which was used to coordinate support following splashdown, and the Visitors’ Viewing Area.

If the campaign is successful, flight control consoles will be restored. Wall displays will be reactivated with projections to recreate the original use of the screens. The aim is to accurately recapture the entire area as it looked during the moon landing on July 20, 1969.
Over 1 million visitors from around the world visit Space Center Houston each year. The majority will see Mission Control as part of a guided tour.

The Webster Challenge asks people worldwide to participate in the 30-day Kickstarter. The entire project is estimated to cost around $5 million. This spring, the city of Webster gave a lead gift of $3.5 million toward the campaign goal. The Kickstarter campaign is hoped to raise $250,000. The City of Webster has pledged to match each donation, dollar-for-dollar, up to a $400,000 maximum.

The Kickstarter campaign began yesterday and will run through to August 19th 2017. 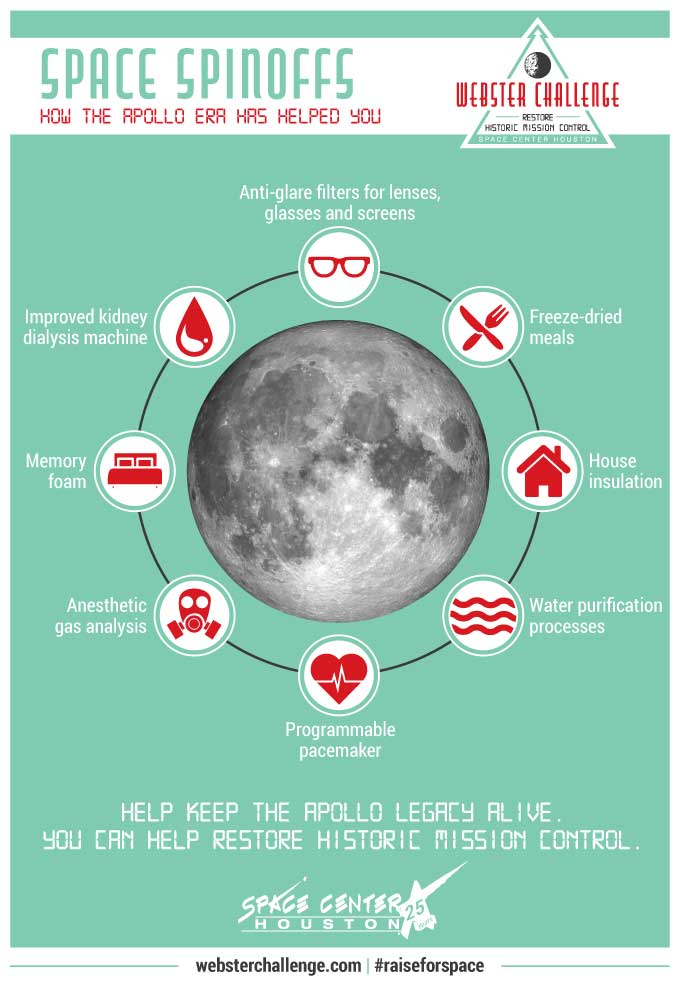