The Louvre has teamed up with perfume company Officine Universelle Buly to create fragrances inspired by eight artworks living at the museum.

The range of scents will be available in the museum’s pop-up shop on the lower floor of the Pyramid from July 3 until January 2020.

The museum recruited Officine Universelle Buly co-director’s Ramdane Touhami and Victoire de Taillac to develop the perfumes, which include scents based on the ‘Venus de Milo’ and Thomas Gainsborough’s ‘Conversation in a Park’.

“This project is a rare privilege for Parisians,” said De Taillac. “What do works feel beyond their subjects? This collaboration is our answer.” 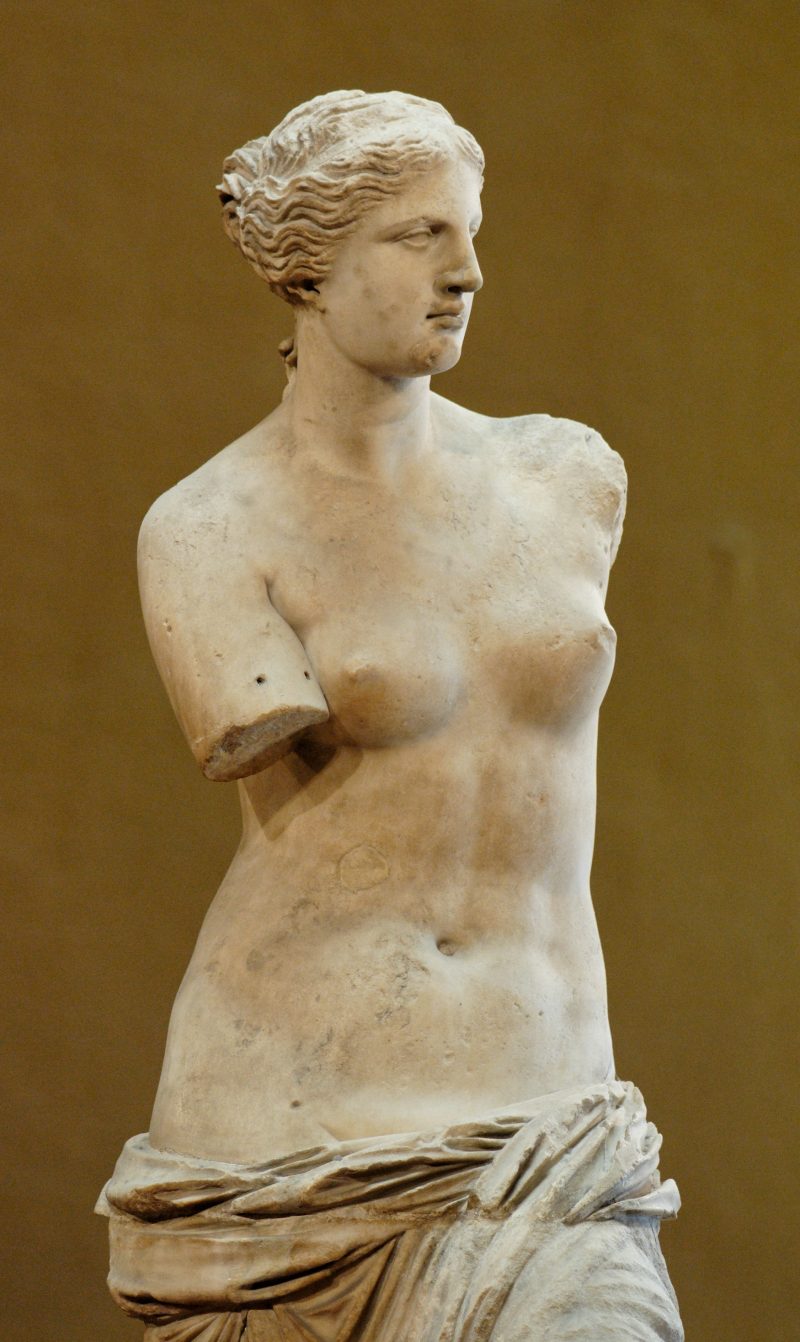 ‘The Valpinçon Bather’ by Jean-Auguste-Dominique Ingres has been interpreted by Daniela Andrier of Givaudan, and includes peel of lemongrass, lavandin, orange blossom, iris, incense and patchouli. “My scent evokes not this woman, but this picture in its entirety,” said Andrier.

With peppermint, bergamot and essence of rose, Gainsborough’s ‘Conversation in a Park’ was turned into a perfume by Robertet’s Dorothée Piot.

Eleanor Massenet from Symrise chose the ‘Winged Victory of Samothrace’ for her fragrance, which she says has “a marine and salty side” to reflect the sculpture’s position on a boat’s bow. It features myrrh, bergamot, jasmine essence, magnolia, rose and orange blossom.

Also of Symrise, Annick Ménardo has taken on marble work ‘Nymph with Scorpion’ by Lorenzo Bartolini to present a scent with jasmine, heliotropium and almond. “To simulate the poison of the scorpion, I used bitter almond,” said Ménardo.

‘Joseph the Carpenter’, an oil painting by Georges de La Tour, got the perfume treatment by Sidonie Lancesseur of Robertet, with hints of berries, verbena and cedar.

“I immediately knew what I wanted to reproduce in smell in front of this painting,” said Lancesseur. “I really wanted this perfume to be contrasted as the paint can be, with a warm, amber effect and a more mellow note.”

“I imagined Venus as a floral fragrance,” Hérault said. “It is a eulogy of femininity. She represents the goddess of love.”

Smell the Grande Odalisque and Joseph the Carpenter

Finally, ‘The Lock’ by Jean-Honoré Fragonard is now a fragrance with lily flower, apple and chestnut, from Maison IFF’s Delphine Lebeau.

“I have a special relationship with the Louvre,” said Touhami. “It’s part of my daily landscape. Everything I see, I see it in smell.”

The Musée du Louvre has also collaborated with HTC Vive Arts on its first virtual reality experience for visitors, called Mona Lisa: Beyond the Glass.