The New Museum in New York City has announced plans for a new second building, doubling exhibition space with three floors of galleries.

Instead of renovating the existing building, the New Museum is starting from scratch with a light-filled geometric structure made from laminated glass with metal mesh. 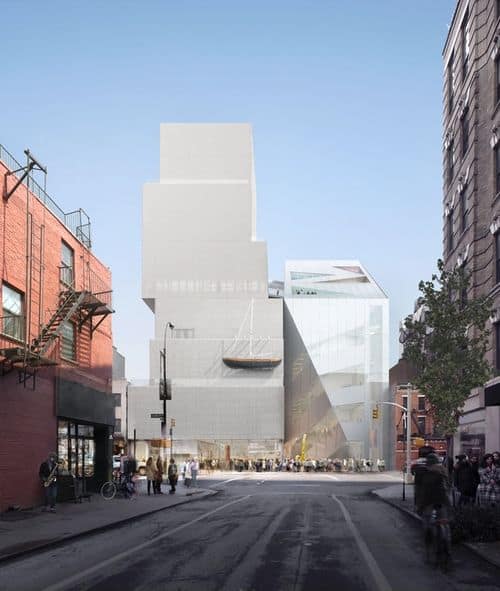 The seven-storey expansion, which will improve the flow of visitors throughout, will have extra space for community and education programmes, and more amenities and public spaces – including a larger lobby and bookshop and a new 80-seat restaurant.

It will also connect to the adjacent building on every floor, and will be a permanent home for New Inc, a cultural incubator exploring the link between technology and contemporary art.

James Keith Brown, President of the New Museum’s Board, also revealed the New Museum has been given a gift of $20 million from trustee Toby Devan Lewis. The new OMA building will be named in her honour.

“Since the New Museum opened on the Bowery in December 2007, the museum has become an international cultural destination welcoming millions of visitors,” said Lisa Phillips, Toby Devan Lewis Director.

“We are thrilled to work with OMA to address our current and future needs, and selected them for their exceptional response to our brief, their civic passion, and future thinking.

“The OMA design will provide seamless connectivity and horizontal flow between the two buildings, expanded space for our world renowned exhibitions, and access to some of our most innovative programs that the public currently cannot see.”

The new light-filled building is set to open in 2022 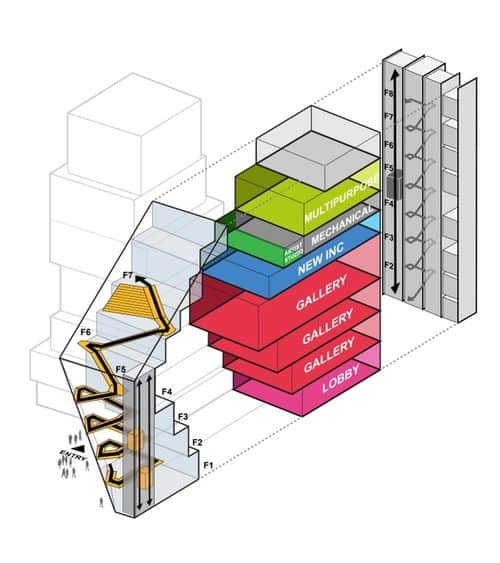 “The building gives us the opportunity to continue to experiment with new formats and models around various areas of programmatic focus,” added Massimiliano Gioni, Edlis Neeson Artistic Director.

“These areas include new productions and ambitious new commissions; contextual exhibition presentations; studio space for artist residencies; and international partnerships and collaborations with peer institutions around the world.”

The New Museum has raised $79 million of its $89 million goal, with $63 million in construction costs. Construction is set to start in 2020, with the opening scheduled for 2022.

Earlier this year, the Statue of Liberty Museum opened to the public after a $100 million renovation. The 26,000-square-foot space features historic relics and interactive exhibits.