The £18 million new Museum of Making in Derby aims to inspire future generations of makers, creators and innovators. Sited at the world’s first factory, it also indicates how city centres might reinvent themselves post-COVID.

Interest in crafts grew exponentially during 2020 and the new Museum of Making taps into this freshly discovered desire to make and mend.  It will tell the story of 300 years of making in the Derwent Valley Mills, the world’s first factory, now a UNESCO World Heritage Site.  The new museum is located in the centre of Derby city, on the site of the original silk mill.

Tony Butler, executive director of Derby Museums, believes the museum is the attraction the UK didn’t realise it needed until now. “We are really keen on putting forward the idea that every young person can be a maker,” he said, speaking to Jamie Doward of The Observer. “The challenges that we face in the 21st century, things like climate change and environmental loss, much of that will be mitigated by technology, engineering and ingenuity, and those are the kind of makers we need in the future.”

The museum is at Derby’s Silk Mill and as such embedded in its locale. Nonetheless, Butler believes it will chime a chord globally.  “It’s not just lads with beards in their sheds in Shoreditch tinkering with old bikes,” he said. “That whole culture of making resonates with someone, whether they’re in San Francisco or London or Derby.”

A mash-up of different periods

Bauman Lyon Architects designed the new building, drawing inspiration from the original Italianate tower.  However Hannah Fox, director of projects and programmes at the Museum of Making, said that the new building is “a kind of mash-up of lots of different periods.”

On arrival, visitors will walk through the 18th century Bakewell Gates, part of the original mill’s structure.  As they walk into the Civic Hall, a soaring glass atrium, they will see a Rolls-Royce Trent 1000 engine suspended from the ceiling. 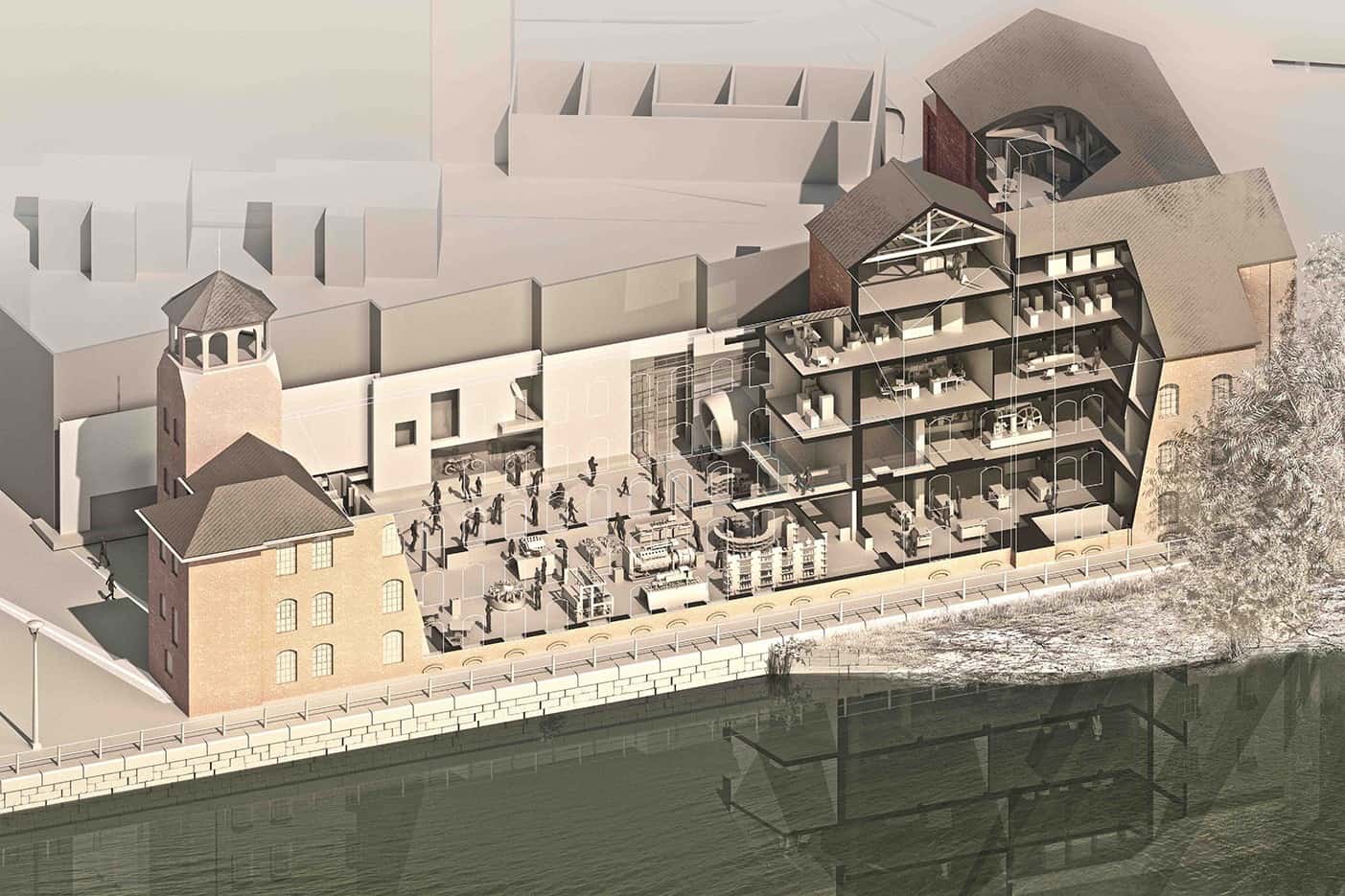 Unlike many museums, the Museum of Making will display its full collection of 50,000 objects.  These showcase items from the Palaeolithic past of the area right through Derby’s industrial history to modern day exhibits.  “Most museums have the majority of their collections in store. But this museum will have pretty much everything accessible to the public,” said Fox. “They range from a huge engine donated by Rolls-Royce to a fantastic little engine run by a single human hair that was showcased at the Chicago World’s Fair in the 1930s.”

The Museum of Making – more than a museum

The museum isn’t just a place to look at exhibits; it hopes to encourage visitors to get hands on with making.  Bespoke workshop spaces will let visitors try their hand at a host of different crafts.

Exhibition displays will also be created on site and can be sold on to other museums. This will keep the original purpose of the building as a place of making. “It will be a full workshop space for new businesses to prototype and manufacture things they want to take to market,” said Fox. 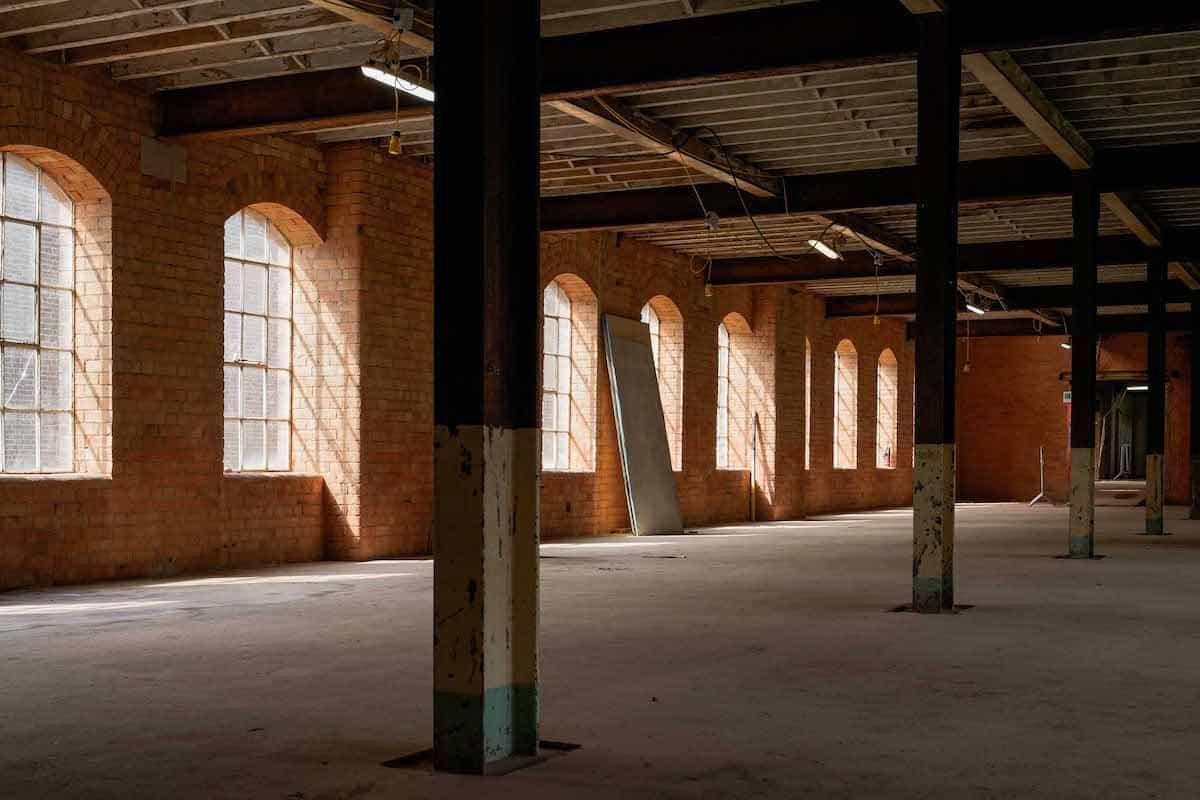 A destination café and shop are also included in the design.  In addition there will be a range of spaces for private hire. It’s expected these will be used for a variety of business meetings, weddings, charity events and conferences.

The opening of the Museum of Making ends a five year development programme. This was supported by the National Lottery Heritage Fund, the Arts Council of England, Derby City Council, and the D2N2 Local Enterprise Partnership.  It started with a small amount of capital funding in 2015 and the local community has been involved in every stage of the development.  ‘Citizen makers and curators’ worked alongside Makers-in-Residence and architects Bauman Lyons, even cleaning 11,000 bricks from the old factory to be used in the new building. 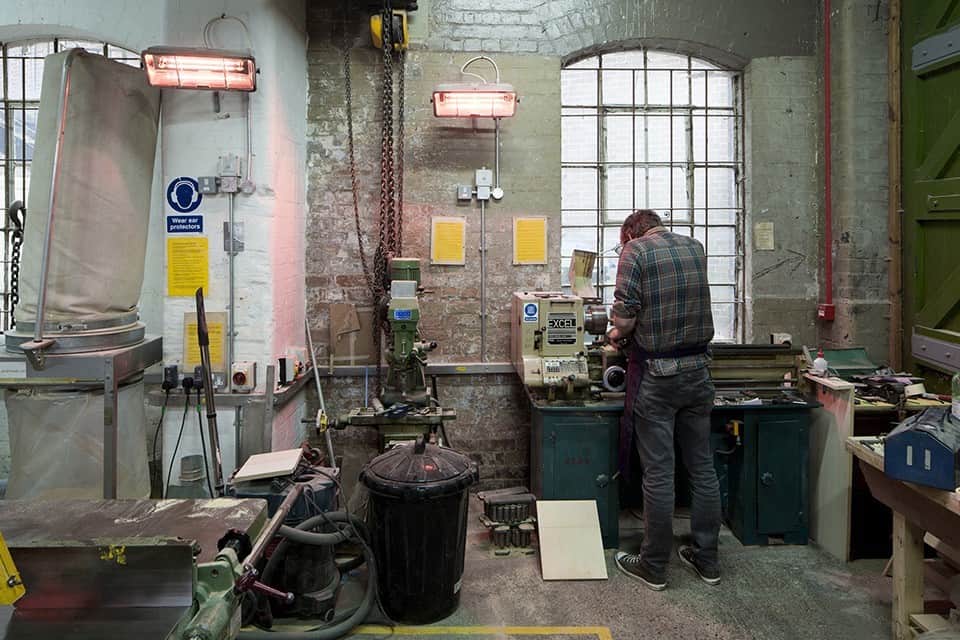 The Museum of Making is slated to open this spring and is currently recruiting staff.  In a small way it shows how imaginative repurposing of city centre buildings might bring new life into urban areas blighted by economic hardship on the High Street.  “So far, over 1000 people have been involved in making the new Museum of Making, ensuring that the Silk Mill – a site of global significance – will be protected and enhanced for future generations to enjoy,” said Butler. “With exhibits, workshops, regular activities and events, there will be something for everyone in this Grade II listed building, which, for the first time will be fully accessible to all.”