The centre received a $3.35-million boost from the federal government which will fund the renovations.

The upgraded theatre will have a 10K resolution screen – the clearest picture of any planetarium in the world.

Frank Florian, director of planetarium and space sciences, said: “We have low-resolution projectors and the images look kind of washed out. They still do the job for the most part but the wow factor just isn’t there.”

“When this new theatre opens and people walk in their mouths are going to drop. It’s going to make them feel like they’re in these environments.”

“This new technology can take you anywhere in the universe, whether it’s outer space, down to the minuscule parts of an atom.” 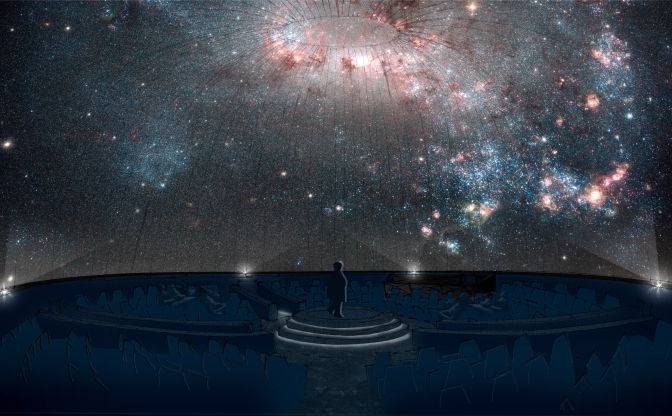 These upgrades form Phase 2 of the ‘Aurora Project’ at Telus World of Science. Phase 1 involved the completion of the Purple Pear cafeteria.

Within the project, there will also be expansions of The Arctic Gallery, Space Place and Discoveryland.

CEO of Telus World of Science, Alan Nursall, explained: “If we are going to go forward we need to keep adapting and growing and also doing things that make the facility sustainable and relevant.”

“The Aurora Project is all about making sure our infrastructure is stable and solid and in addition making sure our science experiences are challenging, exciting and inspirational and meet the needs and demands of our growing city.”

The group is working with the provincial government in the hope of gaining funding.

Edmonton science centre trying to keep up with technology