The V&A has unveiled plans to create the V&A East with two interconnected sites in Queen Elizabeth Olympic Park.

V&A will create a brand-new museum at Stratford Waterfront, and a new collection and research centre at Here East.

V&A East will provide a 360-degree view of the V&A. Here East, the new collection and research centre, will reinvent the idea of a museum store by inviting visitors on behind-the-scenes tours that explain and tell the stories behind various objects.

The centre will be a purpose-built home for 250,000 objects and an additional 917 archives. It will be designed by New York-based practice Diller Scofidio + Renfro (supported by AustinSmith:Lord).

The Mayor of London, Sadiq Khan, said: “As London’s centre of gravity extends east, our plans for East Bank make sure that high-quality culture and education are right at the heart of the development and of our Olympic legacy.

“I’m truly delighted that the V&A – and its partnership with the Smithsonian Institution – is one of the world-renowned organisations working alongside us to drive forward growth and inspire more young Londoners to take up creative careers.”

Secretary of State for Digital, Culture, Media and Sport, Jeremy Wright said: “As one of our world-class museums, the V&A showcases Britain’s cultural history around the globe. These ambitious plans will bring the museum and its vast collection to new audiences and help continue the economic regeneration that East London has undergone since 2012.” 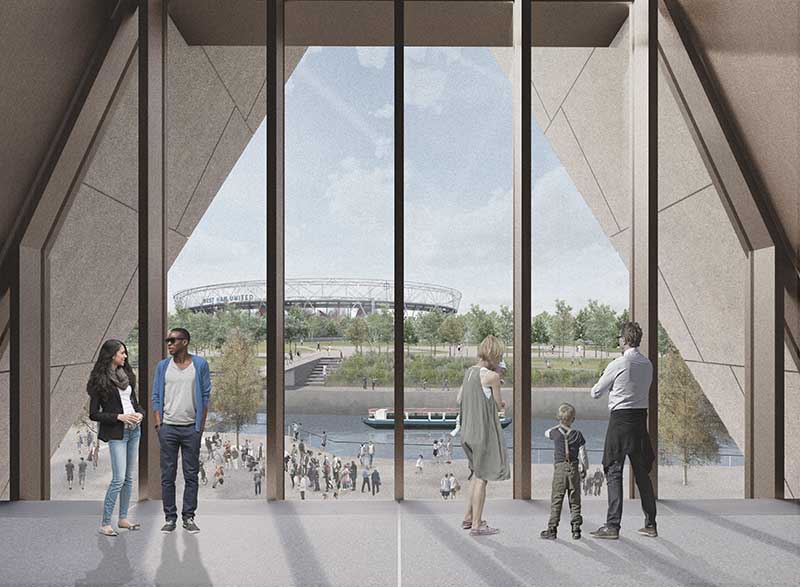 V&A Deputy Director and COO Tim Reeve said: “V&A East is timely and ambitious. It will – for the first time – illuminate the entire lifecycle of museum practice in a transformational experience for visitors. From the moment of an object’s acquisition, through its conservation, the research, enquiry and debate that follow, to its display as part of the story of an exhibition, this 360-degree view is unprecedented and will revolutionise how people experience, and are inspired by, our collection.”