We recently got the chance to experience The Postal Museum in Central London. Here, the story of the ‘world’s first social network’ is told through a series of exhibits, audio-visual effects and a ride on the one hundred-year-old Post Office Railway- the Mail Rail.

The museum had interactive content such as a competitive travelling sorting office game, the floor of which started wobbling like a train carriage once you had begun to sort the post; pneumatic tubes to send messages across the attraction (we were amused by more than one child’s message saying “I hate post”) and a station where you could design and feature in your own stamp.

Here are 5 surprising things we learnt at The Postal Museum King Henry VIII was the first king to deliver post in Britain and he was the only person it served. Every town had to have 3 horses to transport royal letters and news. The stables to keep his horses were called posts and the name stuck to this day. News was important and often secret so post men used to be armed to protect themselves.

The Penny Black stamp was an effort to stop crime. Postage used to be expensive and collected when receiving a letter. This meant people were sneaky and often wrote the message on the envelope then refused the letter, or sometimes wrote two letters on the same paper (although this was very hard to read). The first stamp, the Penny Black was introduced to make the postal rounds more efficient as postage was pre-paid and affordable for the poor.

For 75 years until 2003, the Mail Rail train delivered mail underneath London. It operated 22 hours a day and at it’s peak transporting over 4 million letters a day. The Mail Rail has been recreated at the attraction by Severn Lamb, leaders in people moving experiences. Guests sit in the miniature train for a 15 minute trip through tight tunnels, and seeing the abandoned platforms which are brought to life with Digital Projection’s E-Vision Laser 8500 projectors. Not for the claustrophobic! 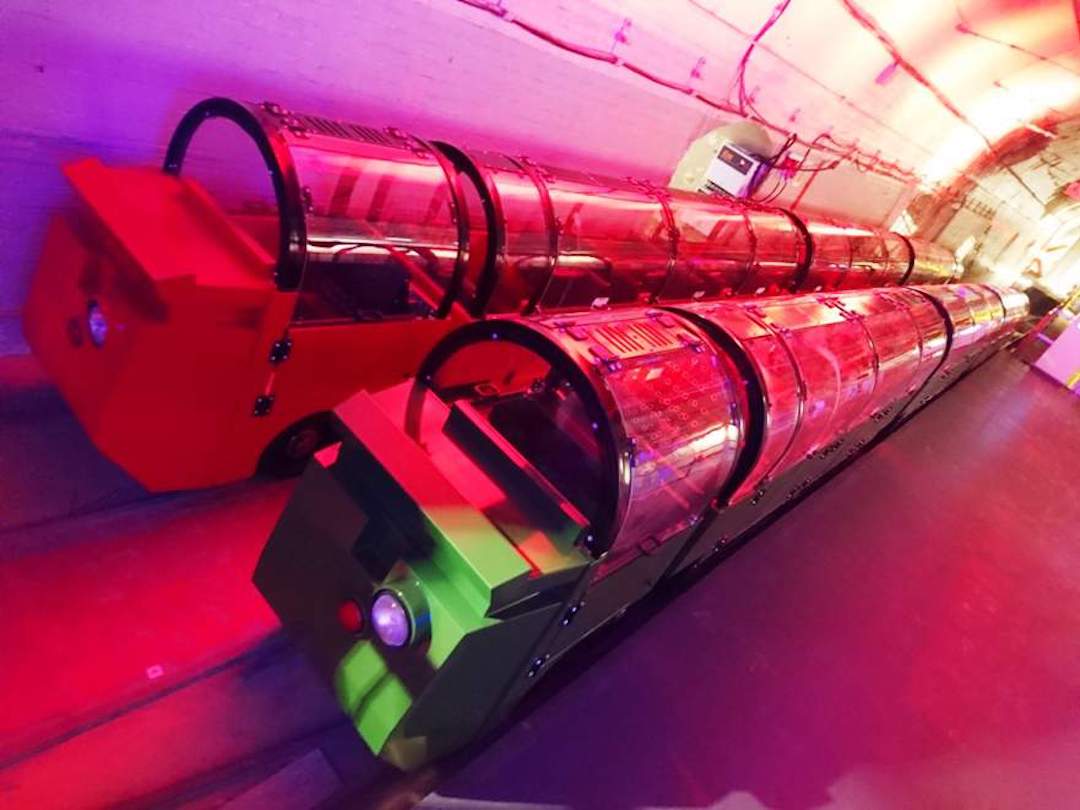 There were 40 miles of pneumatic tubes across underground London to carry post and sacks fo parcels. However, they also used to carry people too. This is of course not a million miles away from Elon Musk’s proposed hyperloop. Another way of getting around London via the postal service was pioneered by the suffragettes.  They posted themselves to Downing Street in the mail as The Royal Mail was seen as a symbol of Government power.

Cats are hard working post office employees keeping the offices mice-free. They even catch their own ‘pay’. The Postal Museum’s cat Tibs the Great recently passed away. The museum then launched a search for twelve volunteers from Post Offices across the country to fill the post. According to the museum “Each month a successful cat-pplicant was appointed to the ceremonial role of Postal Museum Cat (PMC). PMCs are expected to work from home so must be reliable purr-fessionals. While a volunteer position, there are great purrks, including provision of an official hat”.