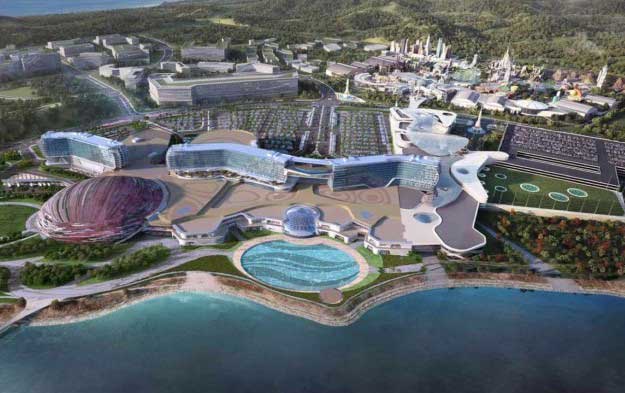 A Paramount Pictures-branded theme park will form part of the Inspire integrated entertainment resort in development by Mohegan Gaming & Entertainment in South Korea.

Inspire will be Northeast Asia’s largest IER expansion underway in the Incheon International Airport’s (IIAC) IBC-III Region. Groundbreaking is scheduled for May 2019 and official opening planned for 2022. The Paramount theme park will form Phase 1B, scheduled to open in 2025.

Kevin Brown, Chairman of the Mohegan Tribe and MGE Management Board, said: “We are proud to have Paramount Pictures join us as a strategic partner in the development of our innovative integrated entertainment resort concept. With Paramount alongside as we answer the demand of today’s consumers, the Inspire IER model not only displays our commitment to trend-setting in this industry but also demonstrates the Mohegan Tribe’s commitment to growing South Korea’s travel, tourism and workforce development goals, while securing the generational sustainability of the Mohegan Tribe.”

Kevin Suh, EVP Themed Entertainment for Paramount says, “Paramount is proud to announce Korea as one of the first locations for a world-class Paramount branded theme park. Paramount looks forward to its partnership with Inspire and to be part of one of the world’s premiere entertainment destinations at Inspire.”

Mario Kontomerkos, Chief Executive Officer for Mohegan Gaming and Entertainment, said: “We are pleased to have the major global force in entertainment, Paramount, on our impressive and growing list of strategic partners for Project Inspire. Aligning with highly sought after and recognized brands with mutual goals is a key component to the creation of the world’s first true integrated entertainment resort.”

Phase 1A of Inspire’s multi-phased development will include a 5-star hotel, 15,000-seat arena, casino space and a giant dome featuring a pool, rides, dining and retail.

Last year, Paramount Licensing agreed to discontinue the licence agreement for what was formerly known as the Paramount London Entertainment Resort.

Hasbro to open the first Nerf Experience in Singapore